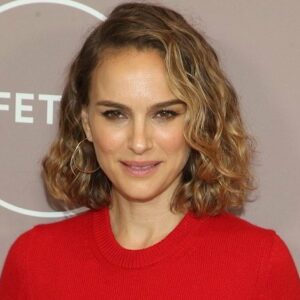 Natalie Portman, a Golden Globe and Academy Award winner, has proven to be one of the most varied and gifted actresses in Hollywood. This American actress, who was born in Israel, has starred in some of the most popular and critically acclaimed films. She rose to prominence after starring in the ‘Star Wars’ film franchise. Natalie Portman, who graduated from Harvard with a degree in psychology, has lectured on terrorism and counter-terrorism at Columbia University in addition to her playing career. She studied Arabic, German, Japanese, and French at the Hebrew University of Jerusalem and is fluent in all four languages. She was the youngest member of the jury for the 61st Annual Cannes Film Festival. Portman, who was named one of People’s Magazine’s ’50 Most Beautiful People,’ is noted for her distinctive brown eyes, charming voice, and small physique. ‘Star Wars Episode I: The Phantom Menace,’ ‘Star Wars Episode II: Attack of the Clones,’ ‘Star Wars Episode III: Revenge of the Sith,’ ‘V for Vendetta,’ ‘Black Swan,’ and ‘No Strings Attached’ are just a few of her well-known flicks.

Natalie Portman was born in Jerusalem, Israel on June 9, 1981 as Natalie Hershlag to Avner Hershlag, an Israeli reproductive expert and gynecologist, and Shelley Stevens, a homemaker.
Her parents came to the United States from Israel when she was three years old, in 1984. Her father arrived as a medical student and the two of them settled in Washington, D.C. Later, they relocated to Connecticut, then to Jericho, New York.
She went at Washington, D.C.’s Charles E. Smith Jewish Day School and then Glen Cove, New York’s Solomon Schechter Day School. She graduated from Syosset High School in Syosset, New York, in 1999.
She began learning dance at the age of four and has since performed in a variety of local troupes. During her childhood, she also attended a number of theatre camps.
She trained in ballet and modern dance at the American Theatre Dance Workshop in New Hyde Park, New York. She also visited Wheatley Heights’ Usdan Center for the Creative and Performing Arts.
She studied psychology at Harvard College while working as an actress, and graduated with an A.B. in 2003. She continued her studies at the Hebrew University of Jerusalem the following year.
She gave a guest lecture on terrorism and counterterrorism at Columbia University in March 2006. She is fluent in Arabic, German, Japanese, and French and has co-authored two research papers.

On November 18, 1994, she made her cinematic debut in Luc Besson’s thriller ‘Léon: The Professional.’ She used her grandmother’s maiden name, ‘Portman,’ after signing the film to conceal her family’s identity.
She starred as ‘Lauren Gustafson’ in Michael Mann’s crime picture ‘Heat’ in 1995. The film was a box office hit and received positive reviews from reviewers. 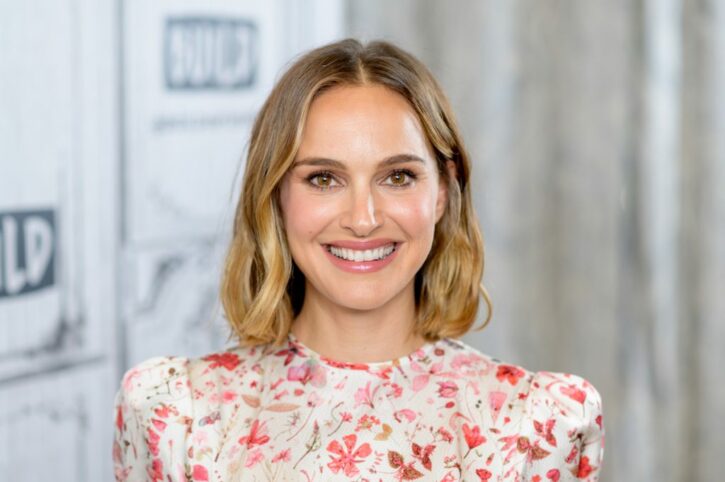 She starred as ‘Marty’ in the 1996 film ‘Beautiful Girls.’ She appeared in the Woody Allen film ‘Everyone Says I Love You’ and Tim Burton’s feature ‘Mars Attacks!’ in the same year.
She portrayed ‘Anne Frank’ in the stage production ‘The Diary of Anne Frank,’ which was based on the book of the same name, in 1997. The Music Box Theatre in Manhattan hosted the premiere of the play.
She starred in the epic space opera film ‘Star Wars Episode I: The Phantom Menace’ in May 1999. The picture was a huge commercial success, but reviewers gave it mixed reviews.
She starred in the American comedy film ‘Anywhere But Here,’ directed by Wayne Wang, in November 1999. The film was based on the same-named novel.
In the film ‘Where the Heart Is,’ she plays ‘Novalee Nation,’ a seventeen-year-old pregnant girl who is abandoned by her boyfriend. Matt Williams made his directorial debut with this flick.
She made her Broadway debut in 2001 as ‘Nina’ in ‘The Seagull,’ which premiered in Central Park as part of the New York Shakespeare Festival. Meryl Streep also starred in the play.
She appeared in the sequel to the ‘Star Wars’ film, ‘Star Wars Episode II: Attack of the Clones,’ in 2002. The film received positive reviews from critics. She appeared in the ‘Oscar Needs a Change of Scenery’ episode of the American children’s television show ‘Sesame Street’ in 2003. She starred in the popular film ‘Cold Mountain’ the same year. In 2004, she starred in the comedic drama film ‘Garden State,’ and in the film ‘Closer,’ she played the character of ‘Alice Ayres.’ In the same year, she appeared on the TV show ‘Sesame Street’ as herself.
She appeared in the films ‘Star Wars Episode III: Revenge of the Sith’ and ‘Free Zone’ in 2005. She presented an edition of ‘Saturday Night Live’ the following year and narrated the documentary film ‘The Armenian Genocide.’
She played alongside Javier Bardem and Stellan Skarsgrd in the Spanish-American thriller ‘Goya’s Ghosts’ in 2006. She also starred in the films ‘V for Vendetta’ and ‘Paris, je t’aime’ that year.
She appeared in the comedy film ‘The Darjeeling Limited,’ the Wong Kar-wai feature ‘My Blueberry Nights,’ and other films such as ‘Hotel Chevalier,’ and ‘Mr. Magorium’s Wonder Emporium,’ all in 2007.
She voiced a character in the animated sitcom ‘The Simpsons’ in the episode ‘Little Big Girl’ in 2007. She starred as ‘Anne Boleyn’ in the drama film ‘The Other Boleyn Girl’ the following year.
‘Eve,’ a short film she directed in 2008, was her directorial debut. The film had its world premiere at the 65th Venice International Film Festival in Venice, Italy.
‘New York, I Love You,’ an anthology series of short films in which she also directed a section, was released in 2009. She appeared in the films ‘The Other Woman’ and ‘Brothers’ that year.
She won an Academy Award for her portrayal in Darren Aronofsky’s film ‘Black Swan’ in 2010. In the same year, she appeared in the film ‘Hesher,’ in which she also served as a producer. She appears in the romantic comedy film ‘No Strings Attached’ in 2011, as well as the films ‘Your Highness’ and ‘Thor.’ She had a vocal appearance in the animated sitcom ‘The Simpsons’ in the episode ‘Moonshine River’ the following year.
In 2013, she starred in the American superhero blockbuster ‘Thor, The Dark World.’

‘Star Wars Episode I: The Phantom Menace’ was one of the most successful Star Wars films, collecting $924.3 million in its first run. The film was released in 3D in 2012, making it the ’14th-highest-grossing picture of all time.’
She starred in the highly praised film ‘Black Swan,’ which was a big office hit. The New York Picture Critics Circle, Chicago Film Critics Association, Los Angeles Film Critics Association, and San Diego Film Critics Society all gave the film honors.

She had a love relationship with American folk musician Devendra Banhart. In 2008, their relationship terminated.
She is an animal rights activist who refuses to wear fur and has become a vegan. During her pregnancy, though, she gave up her vegan diet because she craved eggs and cheese. After giving birth, she resumed her diet.
She is the Hope Ambassador for FINCA International, a non-profit organization that provides financial assistance to women entrepreneurs in poor nations. She has worked on a number of anti-poverty initiatives.
She is a supporter of the Democratic Party, and in 2004, she voted for Senator John Kerry, the Democratic nominee.
She voted for Senator Hillary Clinton in 2008. She later endorsed Illinois Senator Barack Obama.
She married her fiancé, ballet dancer Benjamin Millepied, on August 4, 2012, after meeting him while filming ‘Black Swan.’ He directed the film’s choreography. They are parents to a child together.

During the Broadway production ‘The Diary of Anne Frank,’ in which she played ‘Anne,’ this Golden Globe and Academy Award winner actress would frequently cry off-stage. She grieved because the events in the journal were personal to her, and she had lost her grandparents in the Holocaust.