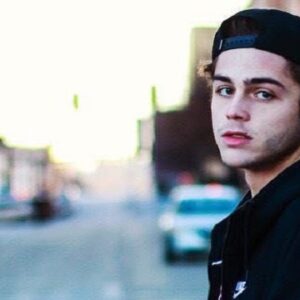 Nathan Montgomery Maloley, often known as Sk8 or Skate Maloley, is an American rapper, musician, and music producer whose reputation has spread beyond social media and into mainstream culture. On March 23, 2013, he began to build a following on Vine, where he began submitting videos. His debut track, ‘Little Bit,’ was featured in the 2015 film ‘The Chosen,’ as a vocalist. In early 2016, he embarked on his first headlining tour to promote his mixtape ‘Skaterade.’ He also participated in the 2016 Digitour. ‘Twenty-Fifteen,’ ‘Maloski,’ and ‘Late 2 The Party’ are his other full-length album mixtapes to date. He’s also published a number of singles. ‘Like That,’ a collaboration with ‘Jack & Jack,’ debuted at No. 36 on the ‘R&B/Hip-Hop Songs chart,’ while ‘Maloski,’ a collaboration with ‘Jack & Jack,’ debuted at No. 31 on the ‘Rap Albums’ list. DJ Rupp, Chance the Rapper, Rae Sremmurd, and Derek Luh are among the artists with whom he has worked. He is now unattached to any record company and prefers to share his music over SoundCloud. Skate is quite active on social media and has developed a personal connection with his fans. He has 871K and 602K followers on Instagram and Twitter, respectively.

Skate was just like any other boy with a passion for music growing up in the American Midwest. He was a basketball player for the Papillion-La Vista Senior High School squad in Papillion, Nebraska. Around this time, he went to a Wiz Khalifa concert, which transformed his life forever. He became enamored with hip-hop music. He enrolled in Hastings College in Nebraska to play basketball after graduating from high school, but left after a year to pursue a career in music in Los Angeles, California.

He acquired a strong fan base on Vine quite early in his career, frequently partnering with boyhood pal Sammy Wilk (born Samuel Wilkinson). They’ve collaborated on a number of songs, including the popular ‘Where Art Thou?’ On YouTube, the song has over a million views. ‘Let You Down,’ ‘LifE,’ and ‘Passion for Fashion’ are some of his other well-known songs.

Skate and Luh were worldwide hot topics on Twitter in February 2016, and not for the proper reasons. They were embroiled in a nasty, bloody brawl with the venue’s security staff during a sold-out concert of their ‘Skaterade Tour’ at ‘Webster Hall’ in New York. According to sources, it all started when Skate and his colleagues were instructed by security not to consume marijuana, but they did anyway.

The audience was ordered out of the venue, which resulted in a brawl between some enraged fans and security. Skate attempted to intervene and defend his supporters, but was injured in the process. As the crowd gasped in terror, the soldiers swooped down on Skate and began kicking him while he lay on the ground trying to hide. Skate, defiantly, smoked a joint with his admirers on the streets after the cops arrived.

Luh’s injuries, albeit slight, were significant enough that he was brought to the hospital. “Sad a sold out show had to end like way,” Skate wrote on Twitter. To the end, it’s all about love for my family and followers. We take the bus together. “United We Stand.” He published ‘Webster Hall,’ a song about the tragedy, a few days after it happened.

Skate was born on January 17, 1995, in Omaha, Nebraska, USA, to Lebanese-American parents. Monte Maloley works for an insurance company, while Kami Maloley works as a travel consultant. Skate has two siblings: Kaylan, his older sister, and Stewart, his younger brother, who makes and sings unique rap tunes and releases them on his own SoundCloud account. Skate began dating Instagram beauty Analicia Chaves, also known as Ana Montana, sometime in late 2016. He said the Chaves had “brought a lot of order to his life” in an interview with VladTV.

Skate has a number of tattoos, including a bible phrase (Colossians 3:23) on his right biceps, the word “family” inscribed in Arabic over a diamond on the inside of his right wrist, and a wooden cross over his heart, to mention a few.

In 2015, Trivia Skate was nominated for a Teen Choice Award in the ‘Next Big Thing’ category. He was defeated by Bea Miller.