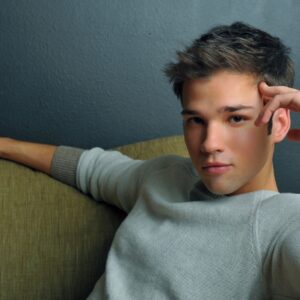 Nathan Kress is a former child actor who rose to fame around the world after portraying Freddie Benson in the hit sitcom ‘iCarly,’ which appealed to a wide range of fans. From a young age, he had a talent for imitating people he saw on television. This impressed his parents, who believed he had a promising acting career ahead of him. They pushed Nathan to pursue acting as a career and assigned him talent scouts who introduced him to the film industry. He was aided in appearing for auditions by talent agencies, and he quickly began to work in a variety of television series. He transitioned to filmmaking after the immensely popular television series ‘iCarly’ concluded its run. His first film, in which he starred, was released in 2014, and he went on to become a director as well. His ancestors are of German, English, Scottish, and Irish descent. He is well-known on social media, with a sizable fan base on Instagram and Twitter.

Kevin and Andrew, his two brothers, are not involved in the film and television industry.
He could memorize the conversation of the many people he saw on television when he was just three years old, and he could enact the way they spoke and moved to a high degree of precision.

This wowed his mother, who took him to an audition for actors who could reenact memorized roles, where he was signed by a talent agent.

For the next three years, he modeled for advertising in the print media.
During this time, he performed in a variety of commercials and voice-over roles, the most notable of which being Tough Pup and Easy in the feature film “Babe: Pig in the City,” released in 1998.

He took a vacation from acting when he was six years old and returned to his previous school to finish his studies, which he did for the next five years.

When Nathan Kress was eleven years old and in fifth grade, he got the lead part of Emperor in his school’s performance of “The Emperor’s New Clothes.”

This part reignited his desire to pursue a career in acting, and he asked his parents to make arrangements for him to study acting at home. A school acquaintance introduced him to a talent agency, who assisted him in enrolling in a summer acting school and auditioning for professional actors.

In April 2005, Nathan Kress had his first appearance on television in a comedic sketch on the show ‘Jimmy Kimmel Live!’ in the character of young Simon Cowell, who was a star on the show ‘American Idol.’
The next year, he featured in five comedic sketches on the same show.

He starred as a guest star in several television shows during the next two years, including ‘Without a Trace,’ ‘House MD,’ ‘Standoff,’ and ‘The Suite Life of Zack & Cody,’ a comedy series on the ‘Disney Channel.’
During this time, he also appeared in short films such as ‘Magnus,’ ‘Pickled,’ ‘Bag,’ and ‘Inc.’

He also continued to work in voice-over roles, lending his voice to characters in animated films including ‘Chicken Little’ and ‘Shuriken School,’ the latter of which was produced by Nickelodeon.
In February 2006, Nathan Kress starred in the popular family sitcom ‘Drake & Josh,’ in which he played Toplin, a young boy who was attracted to Megan Parker, Drake and Josh’s younger sister.

When Nathan appeared on Dan Schneider’s ‘Drake and Josh’ show, he caught Dan’s attention. Dan had been looking for a young actor to play a similar part in his ‘iCarly’ production. Dan summoned Nathan for an audition after being impressed by his acting abilities and cast him in the part of Freddie Benson in the show.

On September 8, 2007, ‘Nickelodeon’ broadcasted the debut episode of the show, in which Nathan starred with Jennette McCurdy in the role of Samantha “Sam Picket” and Miranda Cosgrove in the part of Carly Shay, the show’s main character.

In the same year, he starred as Freddie Benson in ‘iCarly: iGo to Japan,’ a film based on the ‘iCarly’ series and adapted for television.

Nathan was preoccupied with work on the ‘iCarly’ series throughout 2009, as Nickelodeon was attempting to make up for time lost due to a writers’ strike. During this time, he was unable to work on any other projects.
In March 2010, he appeared as a guest star in the fifteenth episode of the season 10 television series ‘CSI: Crime Scene Investigation’, titled ‘Neverland,’ in the part of Mason Ward, a young boy.

In the same year, he played ‘Prince Gabriel’ in the comedic series ‘True Jackson, VP,’ and also provided the voice of Roland in the animated series ‘The Penguins of Madagascar.’

Throughout 2011, he continued to play Freddie Benson in the fourth season of ‘iCarly,’ while also preparing to begin production for the fifth season of ‘iCarly,’ alongside Jennette McCurdy and Miranda Cosgrove.
In 2014, he made his debut appearance in a major film as a co-star in ‘Into the Storm.’
In the same year, he played a pivotal role in the online series ‘Video Game High School.’

He just starred in the NBC film ‘Game of Your Life,’ which is about college students who make video games.
In 2015, Nathan Kress took his hand at filmmaking for the first time with the film ‘Henry Danger.’

Nathan Kress won the ‘168 Film Festival Jury Award’ for his performance in the short film ‘Bag,’ in which he played a small-time drug dealer with a conscience in comparison to others.

On May 29, 2015, Nathan Kress proposed to his girlfriend, London Elise Moore, who was also a stunt actor in the film ‘Into the Storm.’ On November 15, 2015, he married her in Los Angeles.

He intends to pursue his acting profession while also preparing to attend college. His first option is UCLA, where he is a die-hard Bruin fan who wishes to follow in his father’s footsteps.
He is involved in numerous charity organizations, including the “Make-A-Wish Foundation,” “The Big Green Help,” and “The Starlight Children’s Foundation.”

In 2003, he traveled to Lithuania with the missionary organization ‘Youth With A Mission,’ or YWAM, and gave money to help underprivileged people build houses.

Nathan Kress has a net worth of $1.5 million dollars as an actor and model in the United States. Nathan Kress was born in 1992 in Glendale, California, and began his career as a child model when he was just a toddler. When he was six years old, he got a part in “Babe: Pig in the City,” but opted to stop performing to go to school.

When Nathan Kress married London Elise Moore instead of Jennette McCurdy or Miranda Cosgrove, his supporters were furious.