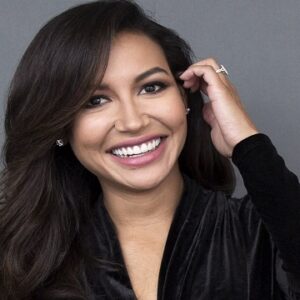 Naya Rivera was an actress and singer from the United States, best known for her role as Santana Lopez in the television series ‘Glee.’ Rivera’s acting talent was profoundly established from the start, making him a promising entertainer. Rivera was immersed in the world of glitz and glamour even before she became one year old. She began doing commercials at the age of eight or nine months and won her first acting part at the age of four, playing Hillary Winston in the sitcom “The Royal Family.” Despite the fact that her acting career took off right away, she didn’t get her big break until she was cast in ‘Glee.’ Rivera made a strong impact as Santana Lopez, a young skilled actress who seemed to be the best at everything she did. Despite her role as the cruel girl, she was adored by the public. She quickly ascended the success ladder and became the talk of Hollywood, winning countless honors. She was named to several lists of the country’s most attractive people, including FHM’s ‘World’s Sexiest Woman’ list, People en Espaol’s ’50 Most Beautiful’ list, and Maxim’s ‘Hot 100’ list three times. She was named #1 on the AfterEllen Hot 100 list in 2012 and #37 on Men’s Health’s Hottest Women of 2014.

Naya Rivera was born to Yolanda and George Rivera on January 12, 1987 in the Valencia neighborhood of Santa Clarita, California. Her ancestors were Puerto Rican, African American, and German. Mychal Rivera, her younger brother, and Nickayla Rivera, her younger sister, are her siblings.

Rivera began being represented by the same talent agency that represented her model mother when she was just nine months old. As a newborn, she started starring in Kmart ads.

Naya Rivera landed the role of Hillary Winston in the sitcom ‘The Royal Family’ when she was four years old. Despite great ratings and positive reviews when it premiered, the show was abruptly ended due to the death of actor Redd Foxx.

Rivera appeared in a number of prominent television shows between 1992 and 2002, including ‘The Fresh Prince of Bel-Air,’ ‘Family Matters,’ ‘Live Shot,’ ‘Baywatch,’ ‘Smart Guy,’ ‘The Jersey,’ ‘House Blend,’ ‘Even Stevens,’ and ‘The Master of Disguise.’

Rivera made an appearance in the music video for B2″Why K’s I Love You” in 2002. In the same year, her one-episode guest appearance on ‘The Bernie Mac Show’ was expanded to ten episodes spanning five seasons. Though the guest appearances kept her creatively occupied, she supported herself by working part-time at Abercrombie & Fitch as a telemarketer, nanny, and greeter.

Rivera received her major break in her career in 2009, after a slew of auditions and guest assignments. On Fox’s musical comedy ‘Glee,’ she plays Santana Lopez, a high school cheerleader. The fact that the part allowed her to sing, dance, and act all at the same time was enough to pique her interest. She was also a huge fan of Ryan Murphy’s work.
Rivera drew inspiration for her performance in ‘Glee’ from her own high school experience. Santana’s persona of a cruel, headstrong ‘bad’ girl initially appeared in the final nine episodes of the first season of ‘Glee.’ Her outstanding performance as the character won her a regular role in the second season.

Naya Rivera’s first solo appearance on ‘Glee’ was in season two’s fifth episode, ‘The Rocky Horror Glee Show.’ Rivera’s persona shifted dramatically in the second season, when she was revealed to be a lesbian. Rivera, a dynamic performer, depicted her lesbian character to perfection, receiving praise from critics and the crowd alike. Rivera continued to get critical acclaim far into the third season, and he continued to play admirably.
Rivera secured a deal with Columbia Records in May 2011 to make a solo album. Rivera provided vocals for musical group 2Cellos’ second single, a rendition of Muse’s ‘Supermassive Black Hole,’ while working on a debut song. She also starred in the music video for the song.

Rivera released her debut single, ‘Sorry,’ in September 2013, which featured rapper Big Sean. The single didn’t do well in the charts. The debut album, which was in the works, was canceled. Columbia Records dismissed Rivera from their roster in May 2014, despite her representatives’ claims that the report was false but without proof.
Rivera’s passion was not dampened by an unsuccessful musical attempt. Instead, with her breakthrough feature picture ‘At the Devil’s Door,’ she made a strong comeback on the big screen. Southwest Film Festival in Austin, Texas hosted the world premiere of the film. The film, which was released in September 2014, was well received, as was Rivera’s performance.

Rivera’s performance as Santana Lopez in ‘Glee’ was her career’s crowning achievement. Her portrayal of a lesbian cheerleader who was cruel, spiteful, and stubborn was fantastic. Her easy portrayal of a ‘bitchy sophomore’ who was wreaking havoc on people’s lives and appearing as a high school menace was praised by critics. Rivera’s razor-sharp portrayal of her diabolical bad girl earned her a reputation as one of the industry’s brightest young stars to watch. She also received a few of nominations and prizes.

Rivera received the Screen Guild Award for Outstanding Ensemble Performance by the Ensemble for ‘Glee’ in 2010.
Rivera was nominated for two ALMA Awards in 2011, one for Favourite TV Actress – Leading Role in a Comedy and the other for Favourite Female Music Artist, both of which she won. Her Santana character was so well-liked that it topped various ‘Best of’ lists throughout the year, including TV Guide’s Best Performances of 2011, MTV’s Best TV Characters of 2011, and so on.

She won again at ALMA in 2012, this time in the categories of Favorite Female Music Artist and Favorite Actress Comedy. She won the Giffoni Award at the Giffoni Film Festival in 2013.
She and Lea Michele shared the People’s Choice Award for Favorite TV Gal Pals in 2014.

Before dating Ryan Dorsey, Naya Rivera dated recording artist Big Sean for a year. Rivera and Dorsey had already dated four years prior. The two got married on July 19, 2014 in Cabo San Lucas, Mexico, after a long courtship. Josey Hollis Dorsey, their son, was born in September 2015. However, not everything between the two went as planned, and Rivera and Dorsey’s marriage fell apart in 2016. In November 2016, they filed for divorce.

Rivera shared a home in Los Angeles with her family. She identified as bisexual. She was a philanthropist who worked with a variety of charities, including GLAAD, The Trevor Project, Stand Up To Cancer, The Elephant Project, and The Sunshine Foundation, among others.

Naya Rivera was reported missing on July 8, 2020, after her four-year-old son, Josey, was discovered alone in Rivera’s leased boat in Lake Piru, near Santa Clarita, California. Her body was discovered in Lake Piru on July 13 after a five-day search.

Naya Rivera has a net worth of $5 million.