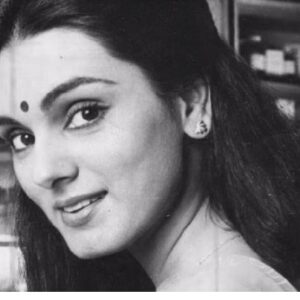 On 5 September 1986, Neerja Bhanot, a senior Pan Am flight purser, was killed while defending passengers on board the hijacked Pan Am Flight 73 at Karachi airport from highly armed terrorists. The flight, which had Indians, Germans, Americans, and Pakistanis among its passengers, was scheduled to depart for Frankfurt and then on to New York City. However, the flight was hijacked soon before take-off while parked on the tarmac at Jinnah International Airport in Karachi. When armed terrorists stormed the plane, the young woman showed tremendous foresight by notifying the cockpit crew, who managed to flee. Neerja, as the senior-most crew member still on board, took it upon herself to defend the passengers’ lives to the best of her ability. Neerja, the daughter of a journalist, had recently broken free from an abusive marriage and was struggling to find work. She considered being Pan Am’s senior flight purser at the age of 22 to be a major accomplishment, and she took her responsibilities extremely seriously. She had the option of fleeing with the rest of the crew, but she elected to stay on board and assist the passengers in escaping. While protecting three children from terrorists, the brave woman was killed. The Ashok Chakra, India’s highest peacetime military decoration for gallantry, was bestowed to her posthumously.

Neerja Bhanot was born in Chandigarh, Punjab, India, on September 7, 1963, to Rama Bhanot and Harish Bhanot, a Mumbai-based journalist. After two sons, Akhil and Aneesh, she was the couple’s third child and a much-desired daughter.

She graduated from St. Xavier’s College after finishing secondary school at Bombay Scottish School. She was a lively young lady who was sensitive, compassionate, and upbeat.

She married soon after college, but the marriage was doomed from the start. She divorced her spouse after he abused her for dowry and focused her energies on establishing a great profession for herself.

She worked as a model for Benzersarees, Binaca toothpaste, Godrej Besto detergent, Vaporex, and Vicco Turmeric lotion, and appeared in a number of television ads and print advertisements.

She subsequently sought for a flight attendant position with Pan Am, the country’s main and largest international airline at the time. Despite the fact that approximately 10,000 applications were received, Neerja was easily chosen among the top 80.

She was transferred to Miami for flight attendant training and impressed her teachers with her bravery and zeal. She was quickly promoted to senior flight purser with the airlines, a significant career feat for a 22-year-old woman.

The Hijacking of Pan Am Flight 73

Neerja Bhanot was on duty in the Pan Am Flight 73, which was parked on the tarmac at Jinnah International Airport in Karachi, preparing to take off on September 5, 1986. 361 passengers and 19 crew members were on board the flight from Mumbai to the United States.

Four armed men stormed into the plane out of nowhere. Neerja notified the cockpit crew, who evacuated the plane promptly. She took command since she was the most senior member of the seized plane’s crew.

The hijackers wanted to fly to Israel and smash the jet into a building. They were members of the terrorist Abu Nidal Organization, which is backed by Libya. The cockpit crew had already escaped, thus it was not possible.

The plane’s occupants came from several countries, including Indians, Germans, Americans, and Pakistanis, among others. The terrorists were primarily interested in killing Americans. When Neerja was assigned to collect the passengers’ passports, she hid the American ones so the terrorists wouldn’t be able to recognize them.

The horror on the plane went on for a long time. After 17 hours, the hijackers opened fire, leading Neerja to open the emergency entrance. She had the option of fleeing first, but she opted not to. Rather, she assisted the passengers in escaping. She was shot while shielding three children from terrorist gunshots after saving the lives of other hostages for several hours.

The Ashoka Chakra Medal (India’s highest gallantry award for bravery in the face of the enemy during peacetime) was bestowed on her posthumously by the Indian government. She was just a day shy of her 23rd birthday when she died, making her the youngest recipient of the award.

Her brother traveled to Washington, DC in 2005 to accept the ‘Justice for Crimes Award,’ which was given to her posthumously as part of the ‘Annual Crime Rights Week.’

In March 1985, Neerja married in an arranged marriage and relocated to the Gulf to be with her spouse. The marriage, on the other hand, was a disaster. While Neerja and her parents had agreed that the marriage would be dowry-free at the time of the wedding, the young bride was humiliated and tormented for dowry at her husband’s home. She chose to leave her abusive marriage and return to India to live with her parents.

Her parents established the Neerja Bhanot Pan Am Trust using finances from Pan Am and insurance money in order to use the Pan Am brand in the title. Every year, the charity gives out two awards: one to a flight crew member from anywhere in the world who goes above and beyond the call of duty, and another to an Indian woman who overcomes social injustice and supports other women in similar situations.

One of the youngsters saved by this brave flight purser during a 1986 hijacking is now a captain for a major airline.
‘Neerja’ is a film based on the life of Neerja Bhanot. The film is directed by Ram Madhvani and stars Sonam Kapoor in the lead role. It is based on the actual hijacking of Pan Am Flight 73 in Karachi, Pakistan. Shabana Azmi and Shekhar Ravjiani have supporting parts in the film.