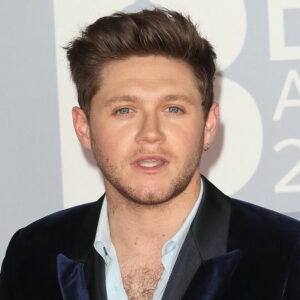 Niall Horan is a singer and guitarist from Ireland who is best known for being a part of the boy band “One Direction.” He had a passion for music since he was a child and frequently played the guitar. His aunt saw his talent and suggested that Niall Horan pursue a career in music. He auditioned for the popular television reality show ‘The X Factor’ when he was in his teens. Niall Horan’s vocal skills didn’t impress the judges, but that wasn’t the end of the road for him. He quickly formed a band with a few of his fellow contestants dubbed ‘One Direction,’ which quickly became a worldwide sensation. Niall Horan has made significant contributions to the songs on the band’s different albums, usually as a co-writer. In 2016, he released the track ‘This Town,’ which earned widespread acclaim and went on to become a chartbuster.

Niall Horan was born on September 13, 1993, in Mullingar, Ireland, to Bobby Horan and Maura Gallagher. When he was just five years old, his parents decided to divorce.
He attended ‘St Kenny National School’ and ‘Catholic Secondary School’ for his primary schooling.
In a young age, he learned to play his brother’s guitar and spent a lot of time at the ‘Mullingar Arts Centre.’

Niall Horan rose to prominence in 2010 after auditioning for the seventh season of the popular television reality show ‘The X Factor.’ The judges Cheryl Cole and Katy Perry were not impressed with his performance of ‘So Sick,’ but Simon Cowell was. As a result, his experience on the reality show was not fruitful.
He was one of the few contestants picked for the ‘X Factor Bootcamp’ that season to hone their skills. Nicole Scherzinger, a celebrity singer who served as one of the guest judges on the reality show, suggested that Niall Horan create a band with four other contestants.
As a result, Niall Horan formed the band ‘One Direction’ with Zayn Malik, Harry Styles, Louis Tomlinson, and Liam Payne. The trio began their adventure by covering popular songs such as Kelly Clarkson’s “My Life Would Suck Without You” and Bonnie Tyler’s original “Total Eclipse Of The Heart.”
The band performed at a number of places together, and with the help of ‘The X Factor’ judge Simon Cowell, they were able to secure a two-million-pound deal with the record label ‘Syco.’
Soon after, the band toured the United Kingdom, performing in front of large crowds. Around 500,000 people are estimated to have attended ‘One Direction’s different shows.
The band’s first album, named ‘Up All Night,’ was released in 2011 and went on to become a worldwide phenomenon. ‘One Direction’ went on to release numerous more albums, including ‘Take Me Home’ and ‘Midnight Memories,’ both of which were commercially successful.
Niall Horan secured a deal with the label ‘Capitol Records’ for his independent venture in 2016 after being a member of ‘One Direction’ for a long time. In September 2016, he released his single ‘This Town,’ which went on to become a chartbuster. On the ‘UK Singles Chart’ and the ‘Billboard Hot 100’ charts, it was ranked 9th and 20th, respectively.

Niall Horan’s single ‘This Town’ is without a doubt his finest performance. The song was not only an international hit, but it was also certified Gold and Silver by various music organizations, including the BPI, ARIA, and MC.

Niall Horan’s mother remarried after his parents separated when he was five years old. Greg, Niall’s older brother, is his best friend.
Aside from music, he enjoys sports and is a die-hard supporter of Cricket, Football, and Tennis. In truth, Niall Horan was badly injured while playing football in 2010, the same year as his ‘The X Factor’ tryouts. His kneecap was severely damaged as a result of the incident.
Niall Horan claimed in an interview that he was influenced by Michael Bublé, Frank Sinatra, and Jon Bon Jovi, among others. He even claimed that he could relate to Michael Bublé’s path because they shared a similar life narrative.
Niall Horan teamed up with star golfer Justin Rose for a social cause in 2016. They came together for the ‘Horan and Rose Gala’ in order to aid cancer-stricken children and teenagers across the UK.
Niall Horan also took part in a soccer match in 2016 that was arranged by ‘UNICEF’ to raise money for charity. He was part of a team that featured celebrities including actor and campaigner Michael Sheen, musician Nicky Byrne, and chef Gordon Ramsay.

Niall Horan has a net worth of $70 million dollars.

Niall Horan was helped by José Mourinho, the famed coach of the soccer team ‘Arsenal,’ after he was gravely hurt during a soccer match in 2010. Niall Horan was invited to join physiotherapy treatments with the rest of the team.