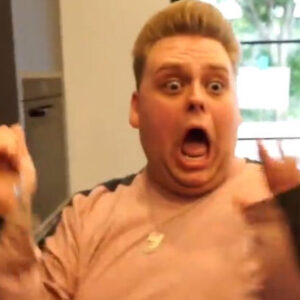 Nick Crompton is a popular Instagram personality and a successful YouTuber. He has not only achieved success in the social media world, but he has also been able to turn that success into a business that benefits other budding social media celebrities. Nick Crompton is a multi-millionaire entrepreneur with a Midas touch when it comes to turning one’s passion into a lucrative business. He has two YouTube accounts, one for vlogging and one for showcasing his gaming skills. He is the Chief Operating Officer of TeamDom, formerly known as Team 10, a highly successful social media influencer incubation and marketing conglomerate. As COO, he is in charge of overseeing all aspects of the marketing effort, including expanding the market of American social media stars to China’s massive market. He’s also a member of the wildly popular Social Chain, which specializes in unusual online marketing for major corporations.

Nick stumbled into a profession in social media. He was just out of Sixth Form and had a summer ahead of him with not much to do, according to an interview he gave in 2012. He took out his camera on a whim, pressed the record button, and began chatting into it about everything and nothing. He posted them to his YouTube account, ‘thenickcompton,’ but he wasn’t happy with the outcome. But he persevered, and after a while, he began to improve.

His main channel currently consists primarily of vlogs, response videos to anything under the sun, challenges, and the occasional prank video. He is ebullient, and his outlook on life is quite amusing. His audience adores the way he engages with them, giving even the most basic situations a humorous spin. They also appreciate his many collaborations with other social media stars such as Jake Paul, Alissa Violet, and the Martinez brothers. More than 37K people have subscribed to the channel.

Nick has a second YouTube channel, ThePodGames, where he primarily posts gaming videos. Nick is featured on the channel playing the popular MineCraft game on a variety of maps and routes.

Nick is also well-known on other social media platforms, particularly Instagram. He has over 827K Instagram followers, and many people follow him to see his latest ventures and get a taste of his high-flying existence in Los Angeles.

Nick’s social media entrepreneurship is another claim to fame. He is a member of ‘Team 10,’ a collective of numerous social media stars from various platforms such as Vine, YouTube, Instagram, and Musical.ly (now known as TikTok). Nick has been involved with the program since its inception as the Chief Operating Officer or COO, which was launched by social media personality Jake Paul. Jake and a few other well-known social media personalities banded together to live under one roof and brainstorm how to improve their art and create engaging content in their respective industries.

He has launched a similar organization aimed specifically at European talent. With offices in New York, London, Manchester, and Berlin, ‘Social Chain’ is the largest going Social Media and Influencer Marketing agency. Nick outlines creative tactics for budding European talent to achieve “revolutionary, internet-breaking influencer marketing” in this article. Puma, Universal Pictures, British Airways, the BBC, Apple, and many others are among his clients.

He began a third business as the COO of a modern-day media conglomerate that focuses on Teen Entertainment and Media in September 2016. The initiative not only takes on marketing jobs, but also assists clients with content creation, talent incubation, and promotion. The campaign has over 40 million followers and 7 billion views in such a short time. Since its founding, TeamDom has brought several companies under its umbrella, including Team 10, TGZ Capitals, and Team X.

Nick was born and raised in the United Kingdom. He also completed his education on the island nation. His parents and family background are unknown. The British-born performer is currently located in Los Angeles, California, the world’s entertainment capital. He lives alongside other social media personalities who he considers friends as well as business colleagues. Jake Paul, Cameron Dallas, Alissa Violet, Erika Costell, and AJ Mitchell are among them.

Nick Crompton has amassed a sizable fortune from his lucrative career as a social media influencer. His current net worth is estimated to be approximately $ 1.6 million. Similarly, he enjoys a luxury lifestyle as a result of his earnings.