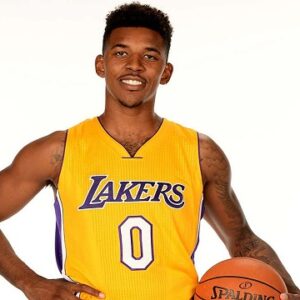 Nick Young is a professional basketball player from the United States. He is presently a member of the ‘Los Angeles Lakers NBA club. He’s a versatile player who can play both small forward and shooting guard. He began playing basketball as a child and went on to play for Cleveland High School in his early years. He was a member of the University of Southern California Trojans team in college. He did, however, take advantage of the opportunity to play professional basketball with the NBA’s ‘Washington Wizards’ before finishing his senior year. In his career, he has also been a part of the ‘Los Angeles Clippers,’ ‘Philadelphia 76ers,’ and ‘Los Angeles Lakers.’ He has also volunteered for a number of humanitarian projects. He established the Nick Young Foundation to combat gang violence and provide psychiatric services to victims. He also intends to coach impoverished children in basketball. He plays the lead in the documentary ‘Second Chance Season,’ which examines his flaws, exploits, and accomplishments.

Nick Young was born on June 1, 1985, in Reseda, California, to Charles and Mae Young. Charles Young Jr., his older brother, was slain as a result of gang violence.

Nick, who was just five years old at the time, was greatly affected by his brother’s death and was eventually committed to a mental institution.

Nick Young was a member of the Cleveland High School in Reseda football team. HoopScoop ranked him as the seventh-best player in the country as a result of his performance.

In 2003, he received his first-team honors and was later named to Athlon Sports Communications’ list of outstanding seniors. Frank Burlison, a prep basketball analyst, ranked him among the top 50 recruits in 2004.

The Career of Nick

He was the captain of the USC Trojans in the 2007 NCAA Division I Men’s Basketball Tournament. He stated that he would miss his senior year to pursue basketball professionally and entered the 2007 NBA Draft the following year.

He was traded to the ‘Los Angeles Clippers in March 2012. Between March and July, he was instrumental in helping the team win games against teams such as the ‘Oklahoma City Thunder and the ‘Memphis Grizzlies.’

He signed a one-year contract with the ‘Philadelphia 76ers’ in July 2012. He joined the ‘Los Angeles Lakers’ the next year. In the 2013-14 season, he set a team record while also improving his average points per game to a career-high of 17.9 points.

Nick Young began a relationship with rapper Iggy Azalea in 2013. The couple announced their engagement in June 2015, but Iggy Azalea called it off a year later because Nick Young had cheated on her.

Nick founded the Nick Young Foundation to fight gang violence and provide psychiatric care to those who have been touched by it. He also intends to hold free basketball camps for underprivileged children.

He tore the radial collateral ligament in his right thumb in 2014, which kept him out of the game for almost eight weeks.

He had a strained calf muscle in his right leg in November 2016, which kept him out of the game for approximately a month.

His net worth is estimated to be at USD 8 million.

His Twitter handle is ‘Swaggy P,’ which is also his nickname.
The ‘Washington Wizards’ fined him USD 10,000 in 2010 for joining basketball star Gilbert Arenas in some theatrics prior to a game with the ‘Philadelphia 76ers.’