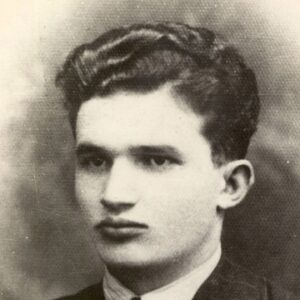 Nicolae Ceaușescu was a Romanian Communist politician who served as the Romanian Communist Party’s General Secretary. He became Romania’s leader in 1965 and governed the country with ruthlessness for more than two decades until being deposed and slain in a revolution. Though his government was modest in the beginning, he became increasingly cruel and authoritarian over time, causing immense sorrow among the citizens who yearned for freedom and peace. Media freedom was severely restricted during his presidency, and internal opposition was not tolerated. In fact, the ordinary people’s situation had deteriorated to the point where they no longer had access to basic necessities such as nutritious food, medical care, fuel, or education. Nicolae Ceaușescu climbed through the ranks of Gheorghe Gheorghiu-Socialist Dej’s government after beginning his political career as a member of the Romanian Communist youth organization in the early 1930s. When Gheorghiu-Dej died in 1965, he became the Romanian Communist Party’s General Secretary and succeeded him as the country’s leader. His ruthless rule sparked violent upheavals across the country, culminating in Ceaușescu’s assassination in 1989.

Nicolae Ceaușescu was born in the village of Scornicești in the county of Olt on January 26, 1918. His father, Andruță Ceaușescu, was a farmer who supplemented his income by working as a tailor in his spare time; he was also an abusive alcoholic. Nicolae was one of his family’s ten children.

He completed his primary education at the village school, where he attended until he was eleven years old. He ran away from home, tired of his abusive father, and went to live with his sister.

He began working as an apprentice shoemaker in Alexandru Săndulescu’s workshop while he was a youngster. His master was a member of the Communist Party, which was illegal at the time. Ceaușescu soon became involved in the Communist Party’s operations after joining in 1932.

Over the years, his engagement in the party’s activities grew, and by the mid-1930s, he’d been detained several times and had taken part in missions in Bucharest, Craiova, Câmpulung, and Râmnicu Vâlcea.

In 1936, the Brașov Tribunal found him guilty of being “a dangerous Communist agitator” and “distributor of Communist and antifascist propaganda materials,” and sentenced him to two years in prison, six months for contempt of court, and one year of forced residence in Scornicești.

In 1940, he was released, but was afterwards caught and condemned for “conspiracy against social order.” He was moved to Târgu Jiu internment camp after serving time in Jilava and Văcărești prisons. He shared a cell with Gheorghe Gheorghiu-Dej, a well-known communist activist who took Nicolae Ceaușescu as his protégé.
After WWII, he worked as the secretary of the Union of Communist Youth in 1944–45.

Gheorghiu-Dej and Prime Minister Petru Groza convinced King Michael to abdicate in 1947, and Gheorghiu-Dej took control of Romania. Ceaușescu was named head of the Ministry of Agriculture by him.
He was raised to the rank of major-general and appointed deputy minister of the armed forces during the Gheorghiu-Dej government as a valued associate of the leader.

In 1952, at his mentor’s request, he was elected to the Central Committee. By 1954, he had become a full member of the Politburo and had risen to become the party’s second-highest official, holding key positions in the Politburo and the Secretariat.

He declared the country a socialist republic rather than a people’s republic when he took control. He solidified his power within two years, becoming President of the State Council and thus the de jure head of state.

He gained popularity at first for publicly questioning the Soviet Union’s authority over Romania and for his independent foreign policy. He halted Romania’s active membership in the Warsaw Pact and relaxed press censorship.

He created the post of President in 1974 by elevating the presidency of the State Council to a full-fledged executive presidency. He was first elected in 1974 and was re-elected every five years until 1989.
His popularity began to dwindle in the 1980s as he grew increasingly autocratic and adopted measures that

Citizens soon began to revolt against his authoritarian administration, resulting in the 1989 Romanian Revolution. In December of that year, the violent revolution succeeded in ousting his regime.

In 1940, he met Elena Petrescu and was immediately smitten by her. Ceaușescu’s sentiments were returned by her, but their relationship was hampered by Ceaușescu’s many stays in prison. The pair married in 1946 and had three children together. Elena would play a key part in her husband’s political career, and the two would remain madly in love until the end of their lives.

Nicolae Ceaușescu and his wife Elena departed the capital in a helicopter with Emil Bobu and Manea Mănescu after his regime fell apart. On the orders of the National Salvation Front, Romania’s temporary government, they were apprehended and arraigned before a kangaroo court. On December 25, 1989, Nicolae and Elena were sentenced to death and executed by a group of soldiers.

Nicolae is one of the wealthiest politicians and one of the most well-known. Nicolae Ceausescu’s net worth is estimated to be $1.5 million, according to Wikipedia, Forbes, and Business Insider.