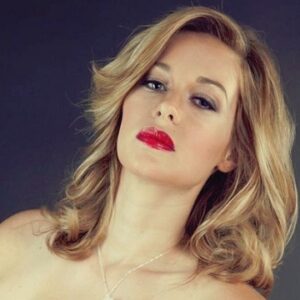 Nikki Baker is a YouTube sensation who rose to fame because to her and her companion John Dahl’s humorous prank films and vlogs. The duo is in charge of a number of channels with a variety of topics. ‘Pranksters in Love,’ their main channel, pretty much sums up what the duo is all about! Nikki and John are fun-loving, eccentric, and plain odd, and they do the craziest things in front of the camera to aggravate one other and share their antics with the world. Their antics have won them over 1.5 million followers and established them as the “eccentric YouTube couple!” They have a vlog channel in addition to their main channel where they capture their daily lives. And, to be honest, even this couple’s “normal” lives are so hilarious! Nikki has a personal vlog channel called ‘Your Favorite Nikki,’ where she provides tutorials, comedy routines, story-time videos, parent stuff, and more, in addition to the channels she operates with John.

Nikki and John were sweethearts in high school. They’ve been together for over ten years. Their first video, which was released in October 2009, effectively foreshadowed the utter chaos that was to follow. Nikki, a 20-year-old woman, drank an entire bottle of hot sauce in order to persuade her boyfriend to take her out to dinner, which he would have done anyway, as it turned out. She’s shattered his Xbox, shaved part of his head, and glued him to a toilet seat since then. He’s smashed her laptop, colored her hair purple, and strewn irritating powder into her moisturizer in exchange. They started their vlogging channel, ‘NikkiandJohnVLOG,’ in May 2010, which includes fun challenges, family history, and travel experiences.

In February 2011, Nikki launched a new YouTube channel, ‘Your Favorite Nikki,’ where she publishes make-up tips, comedy routines, and story-time videos. If that wasn’t enough, they also have four additional channels: three for John’s gaming, fishing, and cooking, and one for their 14 pets. Nikki’s YouTube celebrity has spread to other social media sites. The vlog and her tutorial channels have 479k and 42k subscribers, respectively, while their main channel, ‘Pranksters in Love,’ has 1.5 million subscribers. She also has 35.8k Instagram followers and 21.2k Twitter followers. Their Facebook page is alive and well, with a steady stream of visitors. This pair of mischief-makers is clearly prospering! They appeared together on the popular MTV show ‘Pranked,’ where they were given their own segment. They’ll also be seen in ‘#Speedball,’ an upcoming action sports drama.

What is it about Nikki Baker that makes her so unique?

When Nikki first met John, he brandished a beer can in front of her and smashed it open, spraying foam all over her face, and she kicked him below the belt in delicious retaliation. This has been their pattern since the beginning of their relationship, even before they began posting videos. Even when he proposed, he didn’t forget to dunk her in a bucket of green slime first! The couple communicates with each other in such unusual and creative ways! “It’s incredible, actually,” Nikki says, “you never feel animosity if you’re continually getting even.”

Behind the Scenes of Nikki Baker

Nikki Baker grew up in Minneapolis, Minnesota, where she was born on June 6, 1988, to William Baker and Dorothe Ischler. Danica and Andre are her younger siblings. She is descended from Norwegians, Swedes, Poles, Irish, Germans, and English. When Nikki and John’s daughter Iris was born in October of 2014, their lives were forever transformed. Their followers couldn’t help but be pleased of them as they handled their parental obligations with grace and natural ease. They are currently residing in California, but have made the decision to return to Minnesota in the coming months.

Estimated Net Worth of Nikki Baker

Nikki Baker is one of the wealthiest YouTube stars and one of the most popular. Nikki Baker’s net worth is estimated to be $1.5 million, according to Wikipedia, Forbes, and Business Insider.