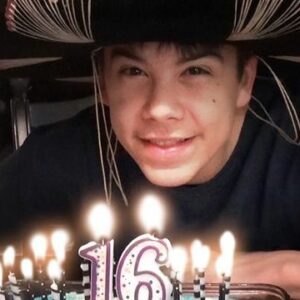 American YouTuber Noah Kittiesmama rose to fame as a contributor to the family’s popular “KittiesMama” channel. Noah makes a lot of films, including DIYs, pranks, challenges, tutorials, updates, skits, fashion presentations, room tours, videos about toys, etc. with his mother and brothers. Additionally, they operate two additional YouTube channels where they often upload vlogs and game-related videos. More than two million people have already subscribed to their main channel, KittiesMama. Soon, Noah and his siblings will launch their own networks. Additionally, they are excited to plan “meet and greet” occasions and giveaways for their followers. The family has amassed more than 300,000 followers on Instagram.

On August 9, 2008, the YouTube channel “KittiesMama” was established. Everything started when Noah’s mother wanted to send a video of their cat Sylvester going for its first mouse to her husband. She chose to upload the video to YouTube instead of sending it, and as a result, she started a channel called “KittiesMama.”

After the initial video, “KittiesMama” went silent for almost a year. However, Noah and his family members began regularly posting videos. In the video “World’s Best Brownies by Emma, Jonah, and Noah: Cute Kids Silly Funny with Bloopers,” Noah made his on-screen debut. More than a million people saw Noah’s first video, which became popular.

At first, unplanned and haphazard videos were being posted on their channel. But Noah had an idea, so he asked his mother to arrange their films. Noah thought that scheduling videos would increase the number of subscribers to their channel.

The channel now posts videos on Wednesdays and Saturdays as per Noah’s recommendation. When Noah’s mother noticed that “KittiesMama” had a sizable following, she considered publishing vlogs so that their followers might get a glimpse into their private lives.

To upload their daily vlogs, they launched a new channel. More than 400 films may be found on the “KittiesMamaVlogs” channel, which has more than 200,000 subscribers. Every day, Noah and his family members publish vlogs on this channel.

‘KittiesMama’ has become one of the popular family YouTube channels. Noah has begun releasing his own movies after growing up assisting his mum in making the videos. He also helps to produce a range of content for the channel. He develops the screenplays for his family’s comedic skits, which are well-liked by audiences. ‘Pixar’ is currently their channel’s advertiser.

With the science fiction film “Harker: The Awakening,” which was helmed by Paul-Thomas L. Parnell, Noah made his acting debut in 2017.

Noah was born in Pensacola, Florida, on April 23, 2000. His father’s name is Shawn, and his mother is Miranda. Three younger siblings exist for Noah. His sister Emma is well-known for posting cosmetic lessons on the family YouTube channel, while his brother Jonah is a well-known Instagram user. Micah, Noah’s youngest sibling, was born in 2016.

Noah was influenced by many of the social media celebrities he grew up watching. But Tiffany Michelle Herrera, a well-known online pundit, is his preferred internet star.

Although Noah has visited numerous U.S. locations, Colorado remains his favorite. He enjoys collecting shoes and has a sizable collection of designer shoes. He has a lot of them in blue because that is his favorite color.

Noah adores fast food, particularly hamburgers. Additionally, he adores sweets and frequently has a sweet tooth for dishes with a vanilla flavor.

One of the wealthiest and most well-known YouTube stars is Noah. According to our research, Noah Kittiesmama has a net worth of $5 million, as reported by Forbes, Wikipedia, and Business Insider.