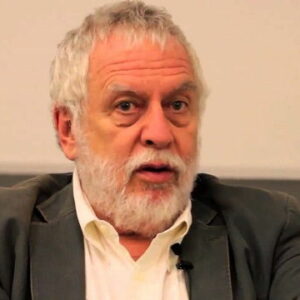 Business magnate Nolan Bushnell is the man behind the companies ‘Atari’ and ‘Chuck E’ Cheese.’ He grew up with an interest in arcade games and was one of the few students in the 1960s to have played the game “Spacewar.” He was born in California and worked at the ‘Lagoon Amusement Park’ as a child, where he witnessed people playing coin-op games. Later, he entered the corporate sector as a pioneer of video games. He earned his bachelor’s degree in electrical engineering and went on to form companies like ‘Atari,’ which pioneered innovative video game concepts. Later, he bought the ‘Pizza Time Theatre,’ an entertainment restaurant, from ‘Warner Communications.’ His goal with this business venture was to spread his games throughout the restaurant by having them available inside. He has served as an advisor to a number of businesses, assisting them in increasing their efficiency. His most recent endeavor is the ‘BrainRush’ company, which was created to make education more exciting by combining it with video games, and he is convinced that this venture will be a huge success for both students and instructors.

On February 5, 1943, he was born in Clearfield, Utah. He was a member of ‘The Church of Jesus Christ of Latter-day Saints’ as a child.

He worked at the ‘Lagoon Amusement Park’ during his high school and college years. He initially noticed people’s enthusiasm for gaming at the recreation center.

He then enrolled at the ‘University Of Utah College Of Engineering,’ where he earned a bachelor’s degree in electrical engineering in 1968. In addition, he was a member of the fraternity ‘Pi Kappa Alpha.’

The ‘University of Utah’ was conducting computer graphics research at the time, and Nolan was one of the few students that played the ‘Spacewar!’ game. The university created a number of different versions of the Spacewar game.

In 1969, Nolan and his associate Ted Dabney co-founded the firm ‘Syzygy,’ and created a game called ‘Computer Space,’ which was similar to ‘Spacewar.’ Bushnell and Dabney supported their company by repairing pinball machines while the development was underway.

While Dabney worked on the prototype for the gaming machine, Nolan worked out a deal with the manufacturer, Nutting Associates, to get their product on the market. The machine was put into operation, although it was not a huge success. After that, Nolan decided to work with a different firm to release his next games.

Because the name ‘Syzygy’ was already in use, the developer duo changed their firm ‘Atari’ in 1972. Their headquarters were established in Sunnyvale, California, and they hired Allan Alcorn, an engineer and the company’s first employee.

They worked with a company called ‘Bally Manufacturing.’ He eventually split up with his business partner Ted Dabney and became entirely responsible for the company’s management.

He ordered his company’s developer Allan Alcorn to design an arcade game based on the ‘Magnavox Odyssey’ game after learning about it. As a result, numerous additional features, like as sound and a score tally, were added to the game ‘Pong.’ The game was a huge hit with gamers, and the firm continued to make it for a few years after that.
On the advice of engineers Bob Brown and Harold Lee, Bushnell entered the consumer electronics business in 1974 by initiating the creation of a home version of the ‘Pong’ game.

The home version of the game was released the next year, and the game’s distribution and marketing was handled by the business ‘Sears.’

In 1976, the building of the gaming machine ‘Atari VCS’ (later known as ‘Atari 2600’) was underway, and Nolan became aware of the need for cash. At the same time, the stock market was declining, so he decided to sell his company and began looking for potential buyers.

Following that, ‘Atari’ was purchased by the American firm ‘Warner Communication,’ which aided him in raising the funds required for the introduction of the ‘Atari VCS.’ The VCS was introduced to the market in 1977.

With the help of Alcorn, this astute entrepreneur founded a new technological enterprise, ‘Catalyst Technologies,’ in Sunnyvale, California, in 1981. This was one of the first business incubators, with businesses like ‘Etak,’ ‘Axlon,’ ‘Androbot,’ and ‘Cumma’ participating.

Chuck E. Cheese’s faced severe financial troubles, and the firm’s president, Joe Keenan, resigned in 1983. The next year, Bushnell resigned as well, and the company declared bankruptcy the same year.
The company, as well as its outstanding debts, were purchased by a competitor, ‘ShowBiz Pizza.’

In 2007, he was named chairperson of the firm ‘NeoEdge Networks,’ and in the same year, he became a member of the advisory board of the company ‘GAMEWAGER.’
The following year, he was appointed to the ‘AirPatrol Corporation’ Board of Directors.

He was the chairman of the company ‘Borta, Inc.,’ and was assigned as a senior consultant to the company after it was acquired by ‘Aristo International.’ Along with Loni Reeder, he co-founded the startup ‘uWink.’
After a long break, Nolan Bushnell rejoined ‘Atari’ in 2010 as one of the company’s Board of Directors, with Tim Virden.

He is the current Chairperson and CEO of the company ‘BrainRush,’ which he created. For the goal of education, the company employs the usage of video games. An experimental test of the success of ‘BrainRush’ was undertaken from 2010 to 2012, and the findings were astounding.
As a member of their advisory board, he is currently associated with the ‘Anti-Aging Games.’

He is a co-founder of ‘Atari, Inc.,’ a firm that changed the arcade gaming world with their game ‘Pong.’ Bushnell was the driving force behind the company’s operations, and he’s also involved in a number of groundbreaking gaming concepts, including anti-aging games and the ‘BrainRush’ instructional gaming platform.

He was inducted into the ‘Video Game Hall of Fame’ and the ‘Consumer Electronics Association Hall of Fame,’ among other honors.

He was also awarded the ‘BAFTA’ Fellowship and named one of the ’50 Men Who Changed America’ by Newsweek magazine.

Nolan Bushnell is a $50 million dollar net worth American engineer and entrepreneur. In February 1943, Nolan Bushnell was born in Clearfield, Utah. He is well known for founding Atari, Inc. as well as Chuck E. Cheese’s Pizza-Time Theaters. In 1968, he received his bachelor’s degree in engineering from the University of Utah.

He declined Steve Jobs’ offer to invest in Apple and acquire a stake in the company.