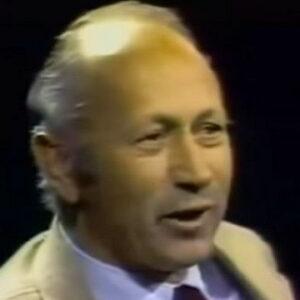 Norman Cousins was one of the people who got the idea for public television in the US. During his life, he was a private envoy for Presidents Kennedy, Eisenhower, and Johnson. He went on diplomatic missions abroad on their behalf. During his long and successful life, he was also the head of the Pulitzer Prize jury for “Literature.” He has won a lot of awards, such as the United Nations Peace Medal and the City of Hiroshima Award. “The Good Inheritance: The Democratic Chance,” “Anatomy of an Illness,” “The Celebration of Life,” “The Improbable Triumvirate,” “In Place of Folly,” “Talks with Nehru,” and “Human Options” are some of his most important works. He was also a political journalist, a professor, and a supporter of world peace, in addition to being an author. Aside from working for world peace, he has a lot of honorary degrees in literature, science, and law from different schools.

Norman Cousins was born in West Hoboken, NJ, on June 24, 1915. Even though he was a very athletic child, doctors mistook him for having tuberculosis and put him in a hospital when he was only 11 years old.

He went to high school at Theodore Roosevelt High School and graduated in 1933. During high school, he was in charge of the school newspaper called “The Square Deal.”

Then he went to Teachers College at Columbia University to get his bachelor’s degree. In 1934, right after he finished college, he started working for the “New York Evening Post.”

In 1935, “Current History” hired him to review books. Later, he was made the editor-in-chief. Five years after that, he started working for the “Saturday Review of Literature.”

In 1942, he was given the job of editor-in-chief, which he kept for a long time. Under his leadership, the number of people who read the publication grew by a huge amount. During his time with the group, he worked hard to support liberal causes like getting rid of nuclear weapons and making the world a better place.

In 1945, he wrote a long piece called “The Modern Man is Obsolete” about the bombing of Hiroshima. The next day after his article came out, there was a huge amount of feedback. The story spread all over the country and was also printed in several newspapers.

Writing for Love or Money: Thirty-five Essays, which he wrote in 1949, is a collection of some of the things he had written.
Who Speaks for Man, a nonfiction book, was written by him in 1953. During the 1950s, he was also very busy making sure that about 25 Hibakusha could get medical care in the United States.

He wrote “Dr. Schweitzer of Lambarene,” “In Place of Folly,” “Great American Essays,” and “Present Tense: An American Editor’s Odyssey” between 1960 and 1967. During the 1960s, he also started a peace process called “American-Soviet Dartmouth.”

From 1972 to 1975, he was on the board of trustees for Science Service, which is now called “Society for Science & the Public.”

In 1979, he wrote “Anatomy of an Illness as Perceived by the Patient: Reflections on Healing,” which is one of his most important works. The same story was turned into a movie. Two years later, he wrote an autobiography called “Human Options,” which became a best-seller.

In the 1990s, he wrote a number of other books, such as “The Physician in Literature,” “The Words of Albert Schweitzer,” “The Human Adventure: A Camera Chronicle,” “The Pathology of Power,” and “Head First: The Biology of Hope and the Healing Power of the Human Spirit,” which was one of the last books he wrote before his death.

“Anatomy of an Illness: As Seen by the Patient,” which was published in 1979, is thought to be one of his best works. As soon as the book came out, it was a best-seller, and it went on to become a classic on how to fight deadly diseases with humor and “patient participation care.” Most people think this is one of his best works.

The Eleanor Roosevelt Peace Award was given to Cousins in 1963.
In 1968, he was given the Family Man of the Year Award.

He was given the Niwano Peace Prize in 1990.
He received the Albert Schweitzer Prize, in 1990.

For most of his life, he had heart disease and arthritis, which he wrote about in his autobiography, “Anatomy of an Illness.”

He and his wife, Ellen, had four girls: Andrea, Amy, Candis, and Sarah Kit Shapiro.
He died in Los Angeles, California, on November 30, 1990, because his heart gave out.

In the TV movie “Anatomy of an Illness,” Ed Asner acted out the life of this political journalist and author while he was still alive.