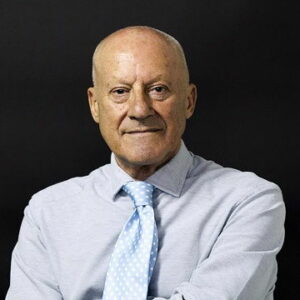 Norman Robert Foster, one of the most renowned British architects, is frequently referred to as the “hero of high-tech.” Foster is the founder and chairman of the renowned British firm “Foster + Partners,” which specializes in architecture and integrated design and is noted for its cutting-edge creations. The organization has project offices in twenty different countries, and its portfolio of completed projects includes public infrastructures, civic structures, urban master plans, workplaces, product designs, and individual dwellings. With the volume of work it successfully completed over the last four decades, the company has solidified its place internationally. The “Willis Faber and Dumas Headquarters” in Ipswich, the “HSBC Main Building” in Hong Kong, the “Joslyn Art Museum” in Omaha, the “Faculty of Law” in Cambridge, the “Hong Kong International Airport” in Chek Lap Kok, Hong Kong, the “Reichstag Restoration” in Berlin, Germany, and the “Millennium Bridge” in London, the United Kingdom, are just a few of its notable commission Foster continued to be a “Council Member” of the “Royal College of Art” and held the position of Vice-President of the “Architectural Association” of London. In 1999, he was awarded the “Pritzker Architecture Prize,” often referred to as the “Nobel Prize” of architecture. Additionally, he has received the “Prince of Asturias Award” (2009) in the Arts category, the “Gold Medal of the French Academy of Architecture” (1991), the “AIA Gold Medal” (1994), and the “Royal Gold Medal for Architecture” (1983). He received a Knighthood in 1990 and a “Life Peerage” in 1999, designating him as “The Lord Foster of Thames Bank.”

He was born on June 1st, 1935, to Robert Foster and Lilian Smith in Reddish, Stockport, Cheshire. Soon after his birth, the family moved to Levenshulme, Manchester.

At Trafford Park, his father worked for the “Metropolitan-Vickers,” a significant electrical engineering firm. From this point on, he claims, his interest in engineering and design flourished, inspiring him to pursue a career in architecture and design.

The “Burnage Grammar School for Boys” was where he attended school in Burnage.
His father convinced him to take and pass the “Manchester Town Hall” trainee scheme entrance exam in 1951, at which point he began working as an officer in the Treasurer’s Department of the Manchester City Treasurer’s office.

His passion for architecture has always been strong, so when he learned that Mr. Cobb, the son of one of his coworkers, was studying it, the thought of pursuing an architectural profession was reignited.
He completed his “National Service” by serving in the “Royal Air Force” from 1951 to 1953 after leaving the Treasurer’s Department.

Foster then assisted John Bearshaw as a contract manager for “John Bearshaw & Partners.” After seeing his amazing drawings, John Bearshaw eventually elevated him to the architecture firm’s drawing department.

In 1956, he was admitted to the “University of Manchester School of Architecture and City Planning.” He didn’t get a maintenance grant, so to pay for his education, he took on odd jobs including working in a bakery, selling ice cream, and being a bouncer at a nightclub. He obtained his degree in 1961.

His master’s in architecture was completed at the Yale School of Architecture in New Haven, Connecticut, where he received the “Henry Fellowship.” He met Richard Rogers there.

He established the “Team 4” architectural firm in 1963 with Su Brumwell, Wendy Cheesman, and Richard Rogers. The firm quickly gained a reputation for its cutting-edge architectural designs.

Following the dissolution of “Team 4” in 1967, Foster and his wife Wendy Cheesman founded “Foster Associates” in London, which was later renamed “Foster + Partners” in the 1990s.

Large public constructions, industrial buildings, transit projects, and residential homes were among the first projects that “Foster Associates” worked on. The business and American architect Richard Buckminster Fuller began working together in 1968 and did so until 1983.

Although his company participated in a few projects, the Willis Faber and Dumas Headquarters in Ipswich, UK (1971–1975) was the actual game-changer for “Foster Associates.” The Daily Express Building in Manchester served as an inspiration for the building’s design.

The Sainsbury Centre for Visual Arts, a public art gallery and museum, was his next significant undertaking. It was completed between 1974 and 1978 at Norwich, UK’s University of East Anglia. It was designated as a “Grade II building” in December 2012.

Over the years, as his name developed, he began receiving significant international commissions from all continents. The HSBC Main Building (1979–1986) in Hong Kong, the Hong Kong International Airport (1992–1998) in Chek Lap Kok, the Joslyn Art Museum (1994) in Omaha, the restoration of the Reichstag (1999) in Berlin, Germany, the Millau Viaduct (2004) close to Millau in Southern France, the Supreme Court Building (2005) in Singapore and the International Terminal of the Beijing Capital International Airport (2007) in China are a few of the notable ones.

He won the Mies van der Rohe Award or the European Union Prize for Contemporary Architecture for the design of the Terminal Building at London Stansted Airport in 1990.

His ongoing proposed and upcoming initiatives are dispersed across the globe. These include the “Comcast Innovation and Technology Center” in Philadelphia, Pennsylvania, the “New Mexico City International Airport” in Mexico City, the “Apple Campus” in Cupertino, California, the “APIIC Tower” in Hyderabad, India, and the “Crystal Island” in Moscow, Russia.

The “Willis Faber and Dumas Headquarters” building in Ipswich, UK, with its full height glass façade, open plan office floors (an element that was still novel at the time), roof gardens, gymnasium, and swimming pool not only improved the site’s design but also improved the quality of life for the staff. Currently, it is classified as a “Grade II building.”

His most notable professional accomplishment is the construction of the world’s largest airport, “Hong Kong International Airport” (1992–1998) in Chek Lap Kok, Hong Kong, which opened on July 6, 1998. The enormous terminal has eight stories, a lightweight steel roof covering 45 acres, and a six million square foot glass-enclosed area. It is so enormous that it is visible from space.

Foster and Michel Virlogeux created the “Millau Viaduct,” the tallest bridge in the world, which is located close to Millau in Southern France and was inaugurated on December 16, 2004.

He wed Wendy Cheesman, an architect, in 1964. She was a founding member of “Team 4” and they eventually co-founded “Foster Associates” in 1967. She passed away from cancer in 1989. From here, he has four boys.

In 1991, he wed Sabiha Rumani Malik, although they later divorced in 1995.
Elena Ochoa Foster, his current spouse, is a psychopathologist. They were married in 1996.

With a net worth of $240 million, Norman Foster is still the wealthiest architect. He established Foster + Partners in 1967 and is renowned for using steel and glass to construct attractive modern buildings.