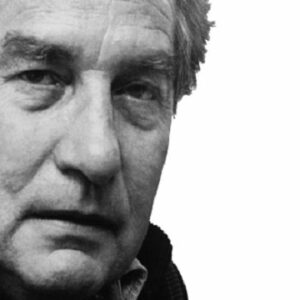 Octavio Paz Lozano was a Nobel Prize-winning Mexican poet, essayist, and diplomat who was born in the midst of the country’s early twentieth-century Civil War. Because his father was a member of a revolutionary party, Octavio was raised by his grandfather, who was also a well-known writer. The elder Paz had a large collection, and Octavio was exposed to both Mexican and European literature while still a youngster through these volumes. He began writing when he was eight years old and had his first collection of poems published when he was nineteen. Later in life, he joined the Mexican diplomatic service, and it was while serving as Ambassador to India that he was able to study Hindu and Buddhist beliefs, which impacted his later writings. Despite his reputation as a communist writer, Paz did not support Cuban leader Fidel Castro or Nicaragua’s Sandinista guerilla force. “Revolution begins as a promise, is squandered in violent agitation, and freezes into murderous dictatorships that negate the flaming drive that brought it into life,” he later said.

Octavio Paz Lozano was born in Mexico City on March 31, 1914, into a prominent family of Spanish and Indian origin. Octavio Paz Solórzano, his father, was a well-known lawyer and journalist. He was a lawyer for Mexican revolutionary Emiliano Zapata and played a key role in his agricultural rebellion in 1911.

Octavio’s grandfather, Ireneo Paz, a political leader and writer, was left to watch after the family while his son was away. He brought the mother and infant to his home in Mixcoac, a pre-Hispanic village just outside of Mexico City that is now a part of it, in 1915.

There, Josefina Lozano, his aunt Amalia Paz, and his grandfather raised young Octavio. Their large, elegant home, the surrounding garden, and the town’s cobblestone streets left an indelible impression on him, which was later reflected in many of his works.

After Zapata’s death in 1919, Octavio Paz Solórzano moved to Los Angeles. The following year, he sent for his wife and child, and thus, in 1920, six-year-old Octavio and his mother embarked on a two-year journey to Los Angeles.
He was enrolled in a neighborhood kindergarten school in Los Angeles. He couldn’t converse with anyone and felt like an outsider because he didn’t speak a word of English. He took refuge in solitude, embarrassed.

Despite his youth, he was aware of the cultural differences between the two countries. This emotion would eventually manifest itself in his writings, particularly in ‘El laberinto de la soledad’ (The Labyrinth of Solitude, 1950).
They returned to Mexico in 1922 and began living with his grandfather and aunt at their Mixcoac home. Young Octavio struggled to acclimatize once more and began to feel like an outsider.

This time, he turned to write, attempting to communicate his strong emotions in both poem and prose. His grandfather’s untimely death in 1924 fueled his desire to write. “In death, I discovered words,” he later wrote.
Octavio began his education in Mixcoac at the La Salle Brothers’ primary school in the town’s center. He was thereafter moved to Colegio Williams in Mixcoac, where he obtained an English public school education.
Their financial situation had deteriorated to the point where they could no longer afford to keep their home. They continued to forsake the rooms as they grew uninhabitable one by one, relocating the delicate items to other rooms.
Octavio, on the other hand, still had access to his grandfather’s vast library. He discovered the best Mexican and English classics there. As a result, he became acquainted with Gerardo Diego, Juan Ramón Jiménez, and Antonio Machado at a young age. They would have a significant impact on his writings later on.

His life, which had hitherto revolved on the little town of Mixcoac, transformed when he began attending the ‘Preparatoria Nacional’ in 1929. He spent two years traveling daily to the heart of Mexico City, where he was exposed to a variety of perspectives.

Octavio Paz Lozano enrolled in Mexico’s National Autonomous University in 1932. Here, he became interested in the leftist movement. He focused on poetry in addition to his academics and political involvement, producing a number of poems in the same year.

‘Cabellera’ was one of the more well-known poems published at the period. In the same period, he wrote his first paper, ‘Etica del artista’ (Ethics of the Artist).

The establishment of an avant-garde literary magazine called ‘Barandal’ (handrail) with three companions, Rafael López Malo, Salvador Toscano, and Arnulfo Martnez Lavalle, was his most notable work during this period.
‘Luna silvestre’ (Wild Moon), Paz’s first collection of poems, was released in 1933. He went on to write two more books, ‘No pasarán!’ in 1936 and ‘Raz del hombre’ in 1937.

During this time, he sent some of his works to Pablo Neruda, a well-known Chilean poet. Not only did Neruda respond favorably, but he also encouraged him to attend a subsequent meeting of communist writers in Spain.

Octavio Paz eventually grew so engrossed in his political activities and writing that he was unable to pursue his education. In March 1937, he dropped out of school and moved to Mérida to work as a schoolmaster. The school was established to educate the children of underprivileged peasants and laborers.

His goal here was to not only instruct, but also to attract students. During his quest for them, he saw how the landlords dominated the peasants. What he saw there inspired him to begin writing a long poem, ‘Entre la piedra y la flor,’ which he later titled.

He did not, however, stay there for long. Within three months, he was off to Valencia, Spain, for the Second International Writers Congress in Defense of Culture, never to return to his Mérida teaching position.

Paz identified strongly with the Republicans during the Civil War, which was raging across the country at the time. What he witnessed there inspired his fourth book of poems, ‘Bajo tu clara sombra y otros poemas sobre Espaa,’ which was released in Spain the same year. It cemented his reputation as a promising writer.
He paused in Paris on his way back to Mexico in 1938. He met several surreal artists and was highly impacted by surrealism and its adherents when he was there.

When Octavio Paz returned to Mexico in 1938, he co-founded two literary journals: ‘Taller,’ which means workshop, and ‘El Hijo Pródigo,’ which means kid prodigy. Simultaneously, he resumed work on ‘Entre la piedra y la flor,’ a long poem he began in Mérida and finished in 1941.

Paz received a two-year Guggenheim scholarship in 1943, which she utilized to study Anglo-American Modernist poetry at the University of California. He also traveled extensively around the United States of America at this time.

Capacity as a diplomat

Octavio Paz Lozano began a new chapter in his life in 1945. He entered the Mexican diplomatic service the following year, first in New York City and subsequently in Paris.

From 1946 to 1951, Paz lived in Paris. He met several well-known thinkers and authors here, including Jean-Paul Sartre, Andre Breton, Albert Camus, Benjamin Peret, and others, and took part in different activities and publications with them.

He made a lot of progress at this time. He composed ‘El laberinto de la soledad’ some time ago (The Labyrinth of Solitude). It was a book-length essay about Mexican identity that was published in 1950. It cemented his reputation as a great literary figure.
He visited India for the first time in 1952. Later that year, he became the chargé d’affaires at the Mexican embassy in Tokyo, and from there he was assigned to Geneva before returning to Mexico City in 1954.

He lived in Mexico until 1957, when he wrote his magnificent poetry “Piedra de Sol” in the same year (“Sunstone”). After another tenure in Paris, he was appointed as Mexico’s ambassador to India in 1962.

He took use of the chance to learn about Hindu and Buddhist philosophy. His passion, though, was intellectual rather than religious. During this time, he also became acquainted with members of the ‘Hungry Generation,’ a group of avant-garde poets residing in Kolkata, and had a significant impact on them.

On October 2, 1968, in Mexico City’s Tlatelolco neighborhood, an estimated 300 students and residents were slain by Mexican military and police in the Plaza de las Tres Culturas. Paz protested by resigning from his position.
He also penned a large number of poetry while in India. ‘Ladera este’ (Eastern Slope, 1969) and ‘El mono gramático’ are two of his most noteworthy pieces from this period (The Monkey Grammarian, published in 1974).

Paz spent some time in Paris after leaving India and returned to Mexico in 1969. He was appointed to the Simon Bolivar Chair at Cambridge University in the same year and taught there from 1969 to 1970. He then held the Charles Eliot Norton professorship at Harvard University from 1970 to 1974.

He also cofounded the literary magazine ‘Plural’ with a group of liberal Mexican and Latin American writers in 1970. When the Mexican government banned ‘Plural’ in 1975, he started and edited another cultural journal called ‘Vuelta,’ which he edited until his death.

Paz’s poem ‘Piedra de Sol’ (Sunstone), published in 1957, is one of his most well-known works. The piece is based on a circular Aztec calendar, with 584 lines matching to the 584 days of the calendar. Eliot Weinberger later translated it into English and released it in 1987 as part of Octavio Paz’s ‘Collected Poems, 1957–1987.’
‘El laberinto de la soledad’ is the most famous of his articles (The Labyrinth of Solitude). The piece, which is broken into nine parts, focuses on Mexican identity. It also shows how there is a strong feeling of alone at the end of a labyrinth.

Octavio Paz Lozano was awarded the Nobel Prize in Literature in 1990 for “impassioned work with broad perspectives, marked by sensuous intelligence and humanitarian purity.”

Apart from that, he received other honors, the most notable of which were the Jerusalem Prize (1977), the Miguel de Cervantes Prize (1981), and the Neustadt Internal Prize for Literature (1982).
He received an honorary doctorate from Harvard University in 1980.

Octavio Paz married Elena Garro, a well-known Mexican writer, in 1937. Helena Laura Paz Garro was the couple’s daughter. In 1959, their marriage ended. Elena, on the other hand, constantly claimed that they were not officially divorced and that any paperwork that existed was forged.

He married Marie-José Tramini, a French lady, in 1965 and lived with her until his death.
He was diagnosed with cancer near the end of his life and died of it on April 19, 1998, in Mexico City. His legacy lives on through the corpus of work he left behind.

Octavio Paz’s net worth was estimated to be between $1 and $5 million when he died, according to Wikipedia, Forbes, IMDb, and other online sites. As a professional poet, he was able to make money. He is a Mexican national.