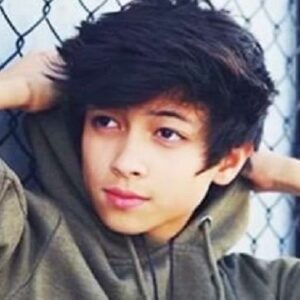 American social media star Oliver Moy is well-known. He became well-known as a “muser” on the popular global video-creation platform Musical.ly (now called TikTok). Oliver has attracted interest on other social media sites as well, including “Twitter,” “Instagram,” and “Snapchat.” He also blogs on YouTube and has a channel with the same name. Among all of his vlogs, his most watched video is titled “24-Hour Challenge In REFRIGERATOR!” Many of Oliver’s videos have included his brothers, and he has also participated in their own vlogs. Oliver is the owner of a retail website that contributes a portion of its earnings to numerous nonprofits and charitable causes.

Oliver has always had a passion for both photography and movies. He developed his photographic skills over time and felt the need to show off his abilities. He thought that “Instagram” would be the ideal place to highlight his photographic abilities.

Oliver posted to Instagram for the first time in April 2016. His images quickly attracted a lot of interest. Oliver has the potential to become a successful model and photographer in the future, as evidenced by his incredible Instagram posts. His “Instagram” account currently has more than 200,000 followers.

Oliver then decided to showcase his video-making abilities on TikTok. His ‘TikTok’ lip-sync videos appeared promising and helped him gain over 680,000 followers. Oliver has a YouTube account with the same name where he publishes vlogs, challenges, and storytime videos.

On his YouTube account, some of his most well-liked videos include “24 Hour Challenge In REFRIGERATOR!,” “5 Qualities I Want in a Girl,” Driving for the first time and having a collision! Things girls do that make me uncomfortable, as well as recreating K-pop images. In his video titled “MESSY Sibling Tag,” in which they discussed their tattoos, he featured his brother Sebastian.

He once blogged about trying to trespass on government property and having a close call with death. He described how he was physically attacked by a hater while grocery shopping in one of his storytime videos. His YouTube channel currently has over 39,000 subscribers.

Oliver is the proprietor of the online store “My Furry Kid.” The website was originally intended to sell humane and animal-friendly alternatives to items like dog collars. Oliver’s parents came up with the concept, which motivated him to build a website where he could sell goods and give money to different charities.

The website is an effort to stop the mistreatment of animals. It gives customers the option of the panda theme or the monkey theme. Various nonprofit groups dedicated to the welfare of animals receive a share of the sales earnings as donations.

On March 7, 2001, Oliver Moy was born in Florida, USA. Natalia is the name of his mother. His father is not well-known. Four brothers exist for Oliver. Sebastian and Mateo, two of his younger brothers, are well-known on social media. Additionally, Sebastian is a model. Nick and Alex are the other two of his brothers.

Oliver’s educational background is not well known. His parents have always supported him in his endeavors. They assist Oliver in all of his professional decisions. His parents inspired him to make societal improvements.

Oliver prides himself on being a compassionate person. He has a great deal of sympathy for animals and plans to help them in the future. Oliver, a photographer by passion, spends the majority of his time taking pictures, making videos, and editing them. One day, he would dearly love to visit Paris and record the breathtaking beauty of the city.

Oliver has a wish list of characteristics for his ideal future partner. He places more value on brains than physical attractiveness. He values open communication and seeks out mature, understanding women.

He contends that the answer to any issue in a relationship is communication. He won’t stand for stupidity. He doesn’t appreciate girls that try to act innocent or adorable. He favors direct, honest communication to cliched pick-up lines. Oliver hasn’t said whether he has a crush on someone.

Oliver loves animals and plans to get more pets in the future. He has said that he would give his pet pig the name “Zachary” if he ever owned one. Cereal is his food of choice. The “Instagrammers” Gabriel Mathis and Conner Dennis are Oliver’s favorites.

American singer Oliver Moy is also a TikToker, Instagram user, and social media influencer. Oliver Moy has a $1 million net worth as of 2022.