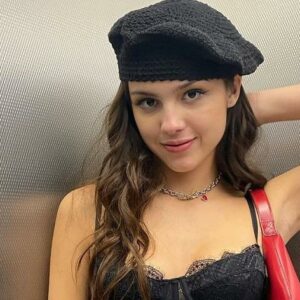 On a roll, Olivia Hastings Holt! She transforms everything she touches into gold. Here is a little introduction for the uninitiated: this girl with the Midas touch is the spokesperson for entertainment mogul Disney’s television network. Cool, huh? You’d be surprised to learn that even that is an understatement! Olivia, who is just 19 years old, has been acting for ten years already, and in addition to her leading roles in TV movies and shows, she has already made her entrance into mainstream Hollywood films. A promising music career is a cherry on top; her catalog already includes a couple of smash singles and an eponymous Extended Play (EP). />
What is it about Olivia that makes her such a huge celebrity? Talent? Luck? a little of each? Let’s start at the beginning, at the 10-year-old star’s birth.

Olivia got her start at a young age. At the age of 10, she was acting in regional theater performances and made TV appearances for well-known toy manufacturers like Mattel, Hasbro, and Bratz. The 12-year-old prodigy caught the attention of talent brokers right away, and his first feature film part was in the 2009 teen thriller “Black and Blue.” Despite the film’s lack of success, Olivia found it to be the perfect starting point for her career. 2011 saw the release of the Disney program “Kickin’ It” two years later. The sitcom, which chronicled the lives of a martial arts teacher and his pupils, was an instant success, and Olivia (who portrayed Kim in the series) quickly rose to the top. Since that time, Olivia hasn’t turned around.

Why Olivia Holt Is So Unique?

Although Olivia’s background as a skilled gymnast helped her prepare for the role of Kim, it was her crooning talents that gave her career more momentum, especially in the subsequent Disney musicals that she appeared in. Olivia has a leading part as a monster hunter who sets out to save her parents from the monsters in the 2012 musical fantasy adolescent comedy “Girl vs. Monster.” Disney starlets are known to occasionally overextend themselves and enter the music industry in an effort to “diversify” their resumes. Since they are at best mediocre vocalists and frequently lack the necessary skills to be the real deal, the majority of these vanity enterprises are short-lived. Olivia is perhaps an exception to the rule because, in addition to being a gifted actor, she is also a budding singer with a few songs under her belt. Olivia’s breakthrough debut EP, “Olivia,” earned her a cross-country “Rise of a Phoenix” tour, which will start in November 2016.

Past Fame of Olivia Holt

Olivia received mainstream recognition at a very young age, but she has displayed exceptional maturity by refusing to let the fame get to her head. Olivia began seeing Ray Kearin, a 20-year-old from California, after she split up with her “Girl vs. Monster” co-star Luke Benward. Despite his attractive appearance, Ray Kearin has yet to succumb to the allure of the film industry. According to their social media posts, the happy pair is deeply in love and enjoys each other’s company.

Olivia is more than delighted to engage with her adolescent admirers through her advice column in “Tiger Beat” magazine, “Hey, Olivia!,” or by moonlighting as a radio host on her Radio Disney show, “Olivia’s Tour Diary,” when she is not busy with her acting commitments or music tours. You can certainly see how talented she is given that. You know, not all of this talent is developed. Genes play a role to some extent.

Olivia adds, “I am grateful for all the gifts and abilities I have received, but I am most grateful for my devoted and encouraging family. In fact, Mark and Kim Holt deserve praise for having raised their prodigious daughter till she became a great artist by recognizing her talent from an early age. In turn, Olivia pursued her artistic goals without wasting her talents or putting her academics at risk. She is fully prepared to follow her dream of being a renowned actress like her idol, Reese Witherspoon, and a brilliant musician like Adele or Ellie Goulding, having graduated from Oak Park High School in 2015.

We won’t be surprised if Olivia Holt becomes the next big thing in the American entertainment industry given what she has accomplished in the past decade or so. In actuality, we already support her! You go, lady!

Olivia Holt’s income and net worth: Olivia Holt is an American actress and singer with a $2 million net worth. She is well recognized for appearing in a number of movies and TV shows, such as Kickin’ It.