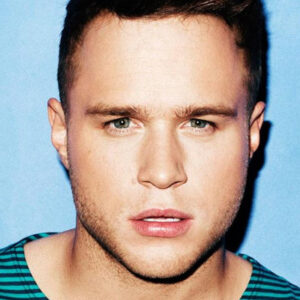 Oliver Murs, also known as “Olly,” is a British actor. Murs is an incredibly popular English pop musician, songwriter, actor, and television host. Before conquering hearts on the sixth season of the singing reality show ‘The X Factor,’ Olly worked at a call center. He made it to the competition’s final round with Stacey Solomon and Joe McElderry, however, he came in second place, losing the title to Joe McElderry. His versatility and popularity, on the other hand, enabled him to carve himself a successful career in the music industry. Murs topped multiple international music charts from his debut single ‘Please Don’t Let Me Go’ to his self-titled debut album, garnering worldwide renown. He has released four additional studio albums since the success of his first. Apart from his successful singing career, Olly has also worked as a presenter on the TV programs’ The Xtra Factor’ and ‘Text Santa,’ as well as having a guest appearance in the American teen drama ‘90210.’ His most recent album, ’24 Hrs,’ was certified “platinum” by the British Phonographic Industry and charted at number one in the UK Official Charts Company. Olly has worked with reputable musical firms such as ‘Epic Records’ and ‘Syco Music’ in the United Kingdom, as well as signed a record deal with ‘Columbia Records’ in the United States, over the course of his six-year singing career.

Oliver Stanley Murs was born on May 14, 1984, in Witham, Essex, to Vicky-Lynn and Pete Murs. Olly Murs grew up with his twin brother Ben and sister Fay Murs.

He went to Witham’s ‘Howbridge Junior School,’ and afterward to Braintree, Essex’s ‘Notley High School.’ Olly appeared to be more athletic than musical throughout his high school years, and he was even a striker for his school’s football team.

His love for football became stronger over time, and he was named the ‘Ridgeons Reserve Team’s Cup’ champion after scoring 12 goals in only 13 matches. His football career, however, was cut short due to an untimely injury.

Gradually, his passion for music overtook him, and he auditioned for ‘The X Factor,’ but was unable to pass the auditions both times. He started working as a consultant for ‘Prime Appointments’ and joined the ‘Small Town Blaggers,’ a local cover band.

In 2008, he took a solo journey to the east coast and returned three months later with a more determined attitude in order to audition for ‘The X Factor’ live events. He auditioned again in 2009, this time clearing all elimination rounds.

For the judges ‘X Factor audition, Murs performed ‘Superstition’ by Stevie Wonder. Following his selection, he moved on to the ‘Bootcamp’ round, where he sang Elton John’s classic ‘Your Song,’ and quickly established himself as a strong contender for the live stage presentations.

He sailed through the live stages, belting out hits like ‘She’s the One,’ ‘A Fool in Love,’ and ‘Bewitched,’ and was voted into the finale by the audience. In the finale, he performed a duet of ‘Angels’ with his idol, Robbie Williams.

He didn’t win the show, though, and was named runner-up to his opponent Joe McElderry. But Olly’s day didn’t finish there; the next day, he was asked to perform alongside Robbie Williams at the ‘Soccer Aid’ event.

In 2010, he got deals with Epic Records and Syco Music, two of the biggest record labels in the UK. He collaborated on his debut album with a number of notable musicians, including John Shanks, Eg White, Trevor Horn, Wayne Hector, Martin Brammer, Mark Taylor, Chris Difford, and others.

On the 27th of August of that year, a song named “Please Don’t Let Me Go” was released shortly after the huge announcement of his first studio album. It reached the top of various charts, with ‘Olly Murs’ taking the top spot on the ‘UK Albums Chart.’

He started working on his second studio album, ‘In Case You Didn’t Know,’ in 2011. The lead song, ‘Heart Skips a Beat,’ was unveiled in July and premiered on ‘The Chris Moyles Show’ on July 7, 2011.

The album’s second single, ‘Dance with Me Tonight,’ became one of the most requested songs on the radio by the 14th of October 2011. The album was released on November 28th and debuted at number one on the UK Albums Chart for the second time.

He later revealed that his fourth album, ‘Never Been Better,’ would be released in 2014, with Wayne Hector, Demi Lovato, Steve Robson, and Claude Kelly as collaborators.

The album’s first single, ‘Wrapped Up,’ was released on the 16th of November that year, and was quickly followed by the second and third singles, ‘Up’ and ‘Seasons.’

‘Up,’ the album’s second single, featured Demi Lovato’s vocals and reached number four on the UK Singles Chart. He also released an EP called ‘Unwrapped’ on Google Play, which received a lot of attention.

Olly returned to work on his fifth album, ’24 Hrs,’ in early 2016 after experiencing great success. The album’s first single, ‘You Don’t Know Love,’ was released on July 8th.

He promoted his record by performing as a support act for the English pop group ‘Take That’ at the ‘British Summer Time Concert’ at Hyde Park, London.

Olly was nominated for ‘British Single of the Year’ at the 2011 BRIT Awards for ‘Please Don’t Let Me Go,’ and won the ‘BBC Radio 1 Teen Best British Album Award’ for ‘Olly Murs.’

In 2015, he won the ‘Goldene Kamera Awards’ for ‘Best International Music,’ and he just won the Nickelodeon Kid’s Choice Awards for ‘UK Male Solo Megastar 2017’.

Olly resided with his parents in Witham, Essex, until 2012, when he relocated to a five-bedroom property in Toot Hill. In the same year, he began dating model and property manager Francesca Thomas, but they broke up in 2015.

Olly has collaborated with a number of organizations that assist the poor. He took part in the BT Charity Trek for Comic Relief Red Nose Day in 2011.

He won a whopping 10,000 pounds for charity on the game program “Who Wants to Be a Millionaire?” He is also a supporter of the ‘Brainwave’ Foundation, which raises money for youngsters with various brain disorders such as cerebral palsy.

Olly Murs has a net worth of $6 million and is an English singer, songwriter, musician, and TV presenter.

During the finals of ‘The X Factor,’ he had a little spat with his twin brother Ben since he missed his brother’s wedding to rehearse for the show’s closing episode.