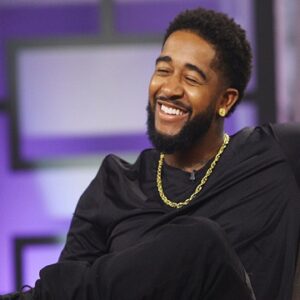 Omari Ishmael Grandberry is an American singer, rapper, and actor who goes by the stage name Omarion. He began his career as a member of the boy band ‘B2K,’ but eventually went on to seek a solo career. His solo album ‘O,’ which received a Grammy nomination and was later certified gold, was a high point in his career. He has also appeared in various sitcoms and replaced Shane Sparks as a judge on ‘America’s Best Dance Crew.’ Omarion has played a variety of roles during his career, including singer-songwriter, actor, dancer, and record producer. He has four solo albums to his credit: ‘O,’ ’21,’ ‘Ollusion,’ and ‘Sex Playlist.’ His given name is ‘Omari,’ which means ‘King Forever,’ and his stage name is ‘Omarion,’ which means ‘King Forever.’ After splitting from his girlfriend Apryl Jones in 2016, he is now single.

Trent Grandberry and Leslie Burrell gave birth to Omari Ishmael Grandberry on November 12, 1984 in Inglewood, California. He is the first of the seven children born to the couple. His younger brother O’Ryan, who is also a singer and songwriter, is notable among his siblings. The Grandberrys are of African-American descent.

Since he was a boy, he had been fascinated by theater performances at school and elsewhere. At the tender age of five, he began appearing in advertising for various brands such as ‘McDonald’s’ and ‘Kellogg’s Corn Pops.’

He was a member of the football team throughout high school and was known for his eccentric dance movements. In 1999, Omarion’s big break came when a producer named Chris Stokes launched the boy band ‘B2K,’ which consisted of guys aged 14 to 16 and featured Omarion as the lead singer.

From 2001 to 2004, ‘B2K’ recorded three successful albums and even co-starred in the 2004 film ‘You Got Served,’ which was about a dance group preparing to compete in a street dance competition against another dance group.
The ‘B2K’ band broke up in 2004, much to everyone’s surprise, but it gave Omarion the opportunity to pursue a solo career. His solo album, ‘O,’ debuted at No. 1 on the Billboard 200 in 2005. He launched a new album, ’21,’ in 2006, which featured the smash single ‘Ice Box.’

Despite the fact that Omarion has released seven albums (four studio and three collaborative), a couple of EPs, a mixed tape, and 30 singles, his debut solo album ‘O,’ which received a ‘Grammy Award Nomination’ for Best Contemporary R&B at the 48th Grammy Awards, remains the major highlight of his career.

In 2003, Omarion began dating Jennifer Freeman, an American actress known for her roles in TV shows such as “My Wife and Kids.” Despite the fact that the couple appeared to be compatible and even featured in a film together (You Got Served), their romance did not survive long, and they split up in 2005.

Omarion stayed unmarried for a long period after his breakup until falling head over heals for Apryl Jones. Megaa Omari and A’mei Kazuko are the names of the couple’s two children, a boy and a girl, respectively. The pair decided to split up in 2016 and go their separate ways.

Omarion allegedly demanded that his son undergo a DNA test in 2014 because he suspected Apryl of having an affair with a Mexican girlfriend. According to the rumor mill, she had declined to take the test. Later, this rumor was debunked.

Omarion has an estimated net worth of $8 million as an American R&B singer, songwriter, dancer, and actor. Omarion began his career in the early 2000s with the R&B group B2K, but after the group disbanded in 2004, he went solo. To date, he has released three studio albums, all of which have received Platinum certification.

In 2014, Omarion was arrested for failing to appear in court for a traffic ticket, and in the same year, his nude photos were leaked on the internet via iCloud in an unrelated incident.

Following the release of Rihanna’s song “Russian Roulette,” which talked about darkness and evil, as well as worshipping the devil, Omarion went on the record to state that such immoral activities actually occur in the music industry.

‘Braveheart’ is his favorite film, and Robin Williams is his favorite actor.
His uncle by marriage is Christopher B. Stokes, the man who gave him his first break.
Leslie, his mother, is his stylist and used to be the stylist for the band ‘B2K.’ He came close to signing a contract with Lil Wayne, but he decided against it since he wanted to pursue other chances at the time.