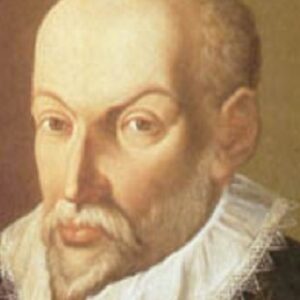 Orlande de Lassus was a well-known Franco-Flemish composer in the 16th century. His works dominated European music during the Renaissance era, and he was one of the most prominent musicians of the 16th century. He wrote music in a variety of genres and is widely regarded as the most important exponent of the Franco-Flemish school’s mature polyphonic sound. He composed chansons, madrigals, hymns, and lamentations, among other types of music. He was a master in the realm of holy music as a devoted Catholic, but he was equally skilled in profane compositions. His secular works, however, were nonetheless influenced by the Catholic Counter-Reformation, which was peaking in Bavaria at the time under Jesuit influence. He popularized a musical style known as “Musica Reservata,” which peaked in popularity during that time period. His lifetime work comprises roughly 150 French chansons, 175 Italian madrigals, and 530 motets, and he composed in numerous languages including Latin, French, Italian, and German.

Orlande de Lassus was born in Mons, in the Hainaut County, which is now Belgium. He is thought to have been born in the year 1532, however, some academics believe he was born in the year 1530. Despite the fact that little is known about his parents or childhood, there are rumors that he was kidnapped multiple times due to his amazing voice.
From a young age, he worked as a choirboy. He traveled to Mantua, Sicily, and subsequently Milan, with his buddy Ferrante Gonzaga, at the age of twelve to learn and pursue his musical goals. There he met Hoste da Reggio, a well-known Italian composer who inspired both his musical style and his early career.

Orlande de Lassus began his career as a singer and composer for Constantino Castrioto in Naples in the early 1550s, before moving to Rome to serve for Cosimo I de’ Medici, Grand Duke of Tuscany.

His career progressed well, and he was soon appointed music director of the Archbasilica of St. John Lateran, the Cathedral Church in Rome, Italy. This was obviously not just a remarkable feat, but also a prominent position for a twenty-one-year-old guy. Even yet, he didn’t last more than a year in this position.

In 1555, he returned to his native land after traveling through numerous countries such as France and England. The following year, he met Albrecht V., Duke of Bavaria, who was attempting to develop a musical establishment in Munich comparable to those found in the main Italian courts. Lassus was one of the composers who decided to work there and become a part of it.

Orlande de Lassus was appointed Maestro di cappella a few years later, in 1563. (In-charge of orchestra). He was content in this position and remained in Albrecht V’s service for the remainder of his life.
His popularity had spread far and wide by the 1560s, and pupils from all over Europe were clamoring to learn with him. For a while, Andrea Gabrieli and Giovani Gabrieli, both well-known Italian composers and organists, were his students.

Even outside of the musical world, his renown grew, and Emperor Maximilian II bestowed nobility on him in 1570, an unusual honor for a composer. Pope Gregory XIII knighted him as well.

Despite lucrative offers and positions from numerous kings and aristocracy, he refused to leave his position in Albrecht’s court because he not only found it advantageous for himself, but also enjoyed peace of mind in Munich. This demonstrated that Lassus was more concerned with his real passion and devotion to music than with any type of luxury or financial gain.

Many consider his final composition, ‘Lagrime di San Pietro’ (St. Peter’s Tears), to be one of his best. It was dedicated to Pope Clement VIII. He died before it could be published, though.

Orlande de Lassus’ ‘Lagrime di San Pietro’ (St. Peter’s Tears), a cycle of 20 madrigals with a concluding motet, is not just one of his best compositions, but also an essential Renaissance work. It was dedicated to Pope Clement VIII by Lassus. He died before it could be published, though. This work is also widely considered to be the best ‘Madrigale Spirituale’ ever composed. Scholars also see it as a significant achievement in Renaissance polyphony.

He also contributed to the 1584 publication of the great musical work ‘Penitential Psalms.’ These well-known Psalms are notable for expressing sin-related sadness. For many years, the primitive Church recited these psalms daily in morning prayers. Some of the most well-known Renaissance poets, including Sir Thomas Wyatt, Henry Howard, and Sir Philip Sidney, translated these Psalms.

He made significant contributions to religious music, writing settings of the ‘Passion’ for each of the four Evangelists, St. Matthew, Mark, Luke, and John. He also put the words of Christ and the story of the Evangelist as chant, as well as polyphonically setting the portions for groups.

After Orlande de Lassus’ popularity had spread far and wide, even outside of musical circles, Emperor Maximilian II bestowed nobility on him in 1570. This was an uncommon accolade for a composer to get, and it might be considered one of his greatest accomplishments.
Pope Gregory XIII bestowed the title of Knight of the Golden Spur upon him.

In 1558, Orlande de Lassus married Regina Wackinger in Munich while serving for the Duke of Bavaria. She was the Duchess’s maid of honor’s daughter. They had two sons and a daughter between them. Both sons went on to become composers, following in their father’s footsteps.

During the 1590s, Lassus began to suffer from major health problems. Despite the fact that he was receiving treatment, it did not appear to be of much assistance. His employer chose to fire him on June 14, 1594, for financial grounds. Lassus died the next day, before he could get the letter. The next year, his final piece, ‘Lagrime di San Pietro,’ which was also one of his best, was published posthumously.