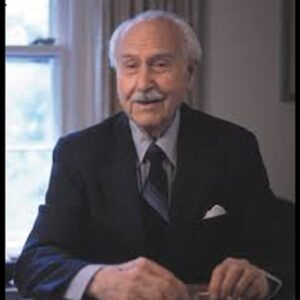 Orvan Walter Hess was an obstetrician and gynecologist in the United States who invented the first fetal cardiac monitor. During labor, this device enabled for continuous monitoring of the patient and the baby. Penicillin was employed by Hess and a colleague to save the life of a patient who had suffered scarlet fever and streptococcal infection. Before becoming a clinical instructor at Yale School of Medicine in New Haven, he finished his residency in gynecology and obstetrics. During World War II, he worked as a battlefield surgeon. Orvan Walter Hess was an eager and active obstetrician and gynecologist who made significant contributions to the advancement of obstetrics and gynecology. He worked as an obstetrician at Yale-New Haven Hospital for nearly 50 years. Orvan Hess is a well-known medical practitioner who was also honored with the renowned ‘Scientific Achievement Award.’ Throughout his tenure, he has released a number of reports. To learn more about Orvan Walter Hess, read this biography.

Orvan Hess was born in Baoba, Pennsylvania, on June 18, 1906. When he was two years old, his mother died. His family subsequently relocated to Margaretville, New York, where Hess spent the most of his adolescence. Hess was inspired to pursue medicine at a young age by Dr. Gordon Bostwick Maurer, who founded Margaretville’s first hospital in 1925. Orvan was an honors student who was passionate about medicine.

Orvan Hess earned his bachelor’s degree in 1927 from Lafayette College in Easton. He got his M.D. from the University of Buffalo in 1931 and finished his internship in orthopedics and surgery at the Children’s Hospital in Buffalo, New York. In 1937, he finished his obstetrics and gynecology residency at Yale-New Haven Hospital. He spent the majority of his medical career at Yale-New Haven Hospital. During the invasions of North Africa, Sicily, and Normandy in World War II, he served as a medic in the 48th Armored Medical Battalion, which was linked with the 2nd Armored Division. He was promoted to clinical professor of gynecology and obstetrics at Yale School of Medicine. Hess worked for the ‘Connecticut Welfare Department’ as a Director of Health Services and was also elected President of the ‘Connecticut State Medical Society.’ After a long career as a member of the Yale faculty, Hess retired in 1975.

Hess was inspired by an article in ‘Reader’s Digest’ titled ‘Germ Killers from Earth,’ which described how particular soil bacteria may eradicate streptococcal infections in animals. This led to Hess and John Bumstead performing the first clinical penicillin treatment in 1942. Orvan Hess and John Bumstead are credited with being the world’s first successful doctors to use penicillin to treat a patient. Anne Miller, who was suffering from a streptococcal infection and scarlet fever, received the treatment. After receiving a penicillin treatment, she was able to recover from the illness. In 1979, the ‘American Medical Association’ presented Hess with the ‘Scientific Achievement Award.’

Hess returned to Yale in 1949 after World War II to resume his work with Edward Hon, a doctoral student. In 1957, they became the first people to use a gadget that was 6 12 feet long and 2 feet wide to continually monitor the electrical heart impulses of a fetus. Hess and Wasil Kitvenko, the head of the medical school’s electronics laboratory, collaborated throughout the years to improve the equipment. Hess improved the system by lowering the size of the monitor and developing telemetry. This device became one of the most commonly used tests in obstetrics, and it was a necessary instrument for continuous monitoring of the fetus’ heart progressions during labor. Throughout his life, Hess created and published a variety of works. In 1936, he published one of his first papers, which focused on the use of catgut in the perineum. Other works on vascular damage caused by combat casualties were published as well. Hess was the first President of the ‘Connecticut State Medical Society.’ The American Board of Obstetrics and Gynecology, as well as the ‘American College of Surgeons,’ recognized and commended him for his remarkable work.

In 1928, Hess married Carol Maurer. Carol, his wife, died in 1998, leaving him with Katherine and Carolyn, two daughters.

Orvan Hess, the inventor of the fetal heart monitor, died on September 6, 2002, in New Haven, Connecticut, at the age of 96. The original Hess fetal heart monitor system can be found in the basement of a building called’Hartford Medical Society’ located outside of Hartford.

Orvan is one of the wealthiest doctors in the world, as well as one of the most popular. Orvan Hess’ net worth is estimated to be $1.5 million, according to Wikipedia, Forbes, and Business Insider.