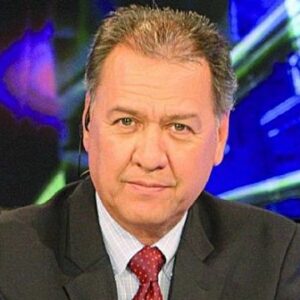 Oscar Acosta was an American lawyer, author, politician, and Chicano Movement leader. The works “Autobiography of a Brown Buffalo” and “The Revolt of the Cockroach People” are what made him most famous. His two most notable contributions to the Chicano literary renaissance were these two critically acclaimed books. Another aspect of Acosta’s fame was his relationship with writer Hunter S. Thompson. The latter described Acosta as a powerful Samoan lawyer named Dr. Gonzo in his book “Fear and Loathing in Las Vegas.” The American novelist and attorney who vanished in 1974 while visiting Mexico is thought to have passed away. Numerous projects pertaining to Acosta’s life have been created to date. The movie “Where the Buffalo Roam” portrays both his life and his friendship with Hunter S. Thompson. Acosta and Thompson’s trip to Las Vegas in 1971 is portrayed in the movie adaptation of S. Thompson’s book “Fear and Loathing in Las Vegas.”

As a lawyer fighting against poverty, Oscar Acosta joined the East Oakland Legal Aid Society in 1967. He relocated to East Los Angeles the following year and joined the Chicano Movement as an activist lawyer, defending Rodolfo Gonzales, the Brown Berets, and Chicano 13 of the East L.A. walkouts, among other East L.A. barrio inhabitants.

Then, in 1972, he released “Autobiography of a Brown Buffalo,” his debut novel. This book portrayed the tale of a Mexican-American lawyer who works in a Californian anti-poverty organization without any sense of identity or purpose.

Soon after, Acosta published The Revolt of the Cockroach People, the title of his subsequent book. This book tells the story of the death of Mexican-American journalist Ruben Salazar and fictionalizes the Chicano Moratorium of 1970.

Acosta disappeared while on the move in Mazatlán, Mexico, in May 1974. He had called his son just before going missing to say that he was preparing to board “a boat full of white snow.”

Thompson thought that Acosta was either murdered by drug traffickers or a political assassin. Others thought the American author might have experienced a nervous breakdown while traveling.

Oscar “Zeta” Acosta was born on April 8, 1935, to Juanita and Manuel Acosta in El Paso, Texas, in the United States. Roberto was his older brother. He enlisted in the American Air Force following high school. He later attended San Francisco State University and Modesto Junior College. Following that, he enrolled in night courses at the San Francisco Law School.

One of the wealthiest and most well-known attorneys is Oscar Acosta. Oscar Acosta’s net worth is estimated to be $1.5 million based on our research and data from sources like Wikipedia, Forbes, and Business Insider.