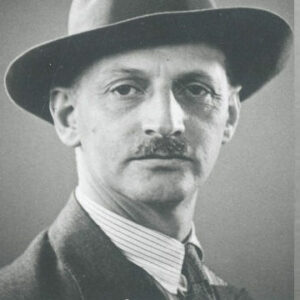 ‘Pim’ Otto Heinrich Frank, also known as Otto Frank, was a Jewish-German businessman who suffered at the hands of German Nazis. He lost his entire family in the Nazi concentration camps, including his wife and two daughters, Margot and Anne. Frank was an exceptional businessman who began his career in a bank in Germany before moving to America for a few years. He fought in World War I and then established his own business in Holland, bringing his family with him. As soon as the German army’s tyranny began, Frank hid his family in a secret annex above his Holland office. However, they were apprehended and sent to concentration camps a few years later. He was the sole survivor. He later discovered that during the time his family was hidden in that office, his youngest daughter Anne kept a journal, recording the pain and experiences she and her family endured. He chose to publish the journal after converting it to a single manuscript so that the entire world could reflect on the tragedy of the incident through his daughter’s words.

Otto Frank was born Michael Frank and Alice Betty Frank in Frankfurt am Main, Germany. He was born into a Jewish family and had three other brothers and sisters: Robert, Herbert, and Helene Frank.

Frank studied art history at the University of Heidelberg after completing his high school studies in Germany.

Frank worked for a year at a local bank while concurrently pursuing a degree in economics at a university. Around this time, he was offered a job in Manhattan, New York.

He was offered an internship at New York’s Macy’s department store. He was overjoyed at the prospect and left for New York, but the sudden death of his father forced him to return after two weeks.

After attending the funeral, Frank returned to New York in order to earn a living. He worked there for two years, first at Macy’s and then at a bank.

Frank returned to his homeland in 1911 and began working for a company that manufactured window frames; he later took a job with a manufacturer of horseshoes for the German army during World War I.

Frank was quickly drafted into the German military in 1914 and assigned to the Western front, earning the rank of lieutenant. He returned to his normal civilian life following the war’s conclusion.

Frank assumed control of the family bank, which his younger brother had previously managed but was unable to manage properly. In 1936, he founded and became the director of his own company, ‘Opekta Company.’

Soon after, he relocated with his family to Holland in order to avoid the dangers posed by Hitler’s army’s growing hostility toward Jews. Holland was invaded by Germany in 1940, and Jews were prohibited from owning businesses.

Frank was forced to appoint his Dutch colleagues as owners, and his elder daughter received an official letter in 1942 requiring her to join a work camp. This shook the family, and they fled.

The entire family, along with other Jews, took refuge in a secret annex above Frank’s former office for two years. This was the period during which his youngest daughter, Anne, began keeping a journal of her experiences.

Frank was permanently separated from his wife and two daughters at Auschwitz when he was transferred to men’s barracks and then to sick barracks. He was later freed in 1945 by Soviet troops.

Frank traveled to the Netherlands and made every effort to locate his family and friends, but after months of searching, he realized he was the family’s sole survivor.

Miep Gies, who rescued the manuscript from the raided secret hiding place, handed Anne’s journal to Frank in 1945. Frank initially did nothing with it but gradually began translating it for his relatives.

He gradually realized that Anne’s writing reflected the anguish of all Jews who suffered at the hands of Nazis. He considered publishing it.

He typed Anne’s diary into a manuscript and edited out passages he deemed too private to reveal about his family.

He then forwarded it to Jan Romein, a Dutch historian who evaluated it for ‘Het Parool’.

Contract Publishing of Amsterdam expressed interest in Anne’s diary and accepted it for publication in 1946. The following year, Anne’s diary was published for the first time under the title ‘Het Achterhuis,’ which translates as ‘The Secret Annex.’

In 1952, ‘Het Achterhuis’ was successfully translated into English, paving the way for its eventual theatrical adaptation and film adaptation. Apart from this, Frank was instrumental in the restoration of the building in which his family took refuge during the war.

Frank’s most significant life work was editing his daughter Anne’s diary into a manuscript for publication in 1946.

He believed it was critical for the world to feel the Jews’ anguish through his daughter’s words.

Frank married Edith Hollander for the first time in 1925. Hollander and his wife remained together until Hollander’s death in the atrocities of the concentration camps. Margot and Anne were their two children.

He remarried Fritzi Markovits in 1953 and the couple permanently relocated to Switzerland. They remained there until they died. Frank died of lung cancer in 1980 in Basel, Switzerland.

Now, let us discuss Otto Frank’s net worth. His fortune was enormous. After conducting an internet search for Otto Frank net worth, we discovered that he was worth approximately $5 million dollars at the time of his death. Every day, a large number of people search the internet for information about Otto Frank’s age, net worth, and height.

Thus, we can conclude that Otto Frank’s height, age, net worth, and biography will be widely available on the internet in the near future.

The Frank family took refuge in one of the upper rooms of his Prinsengracht office, ‘Opekta Company.’ They moved in with another three-person family—Hermann van Pels. His colleagues—Johannes Kleiman, Miep Gies, Victor Kugler, and Bep Voskuijl—aided them in hiding for two years.

The family was betrayed by an anonymous informant, and they were all arrested. The location of their hiding place was considered for demolition, but Frank and his friend Johannes Kleiman founded the Anne Frank Foundation in 1957, restored the structure, and opened the ‘Anne Frank House’ as a museum.