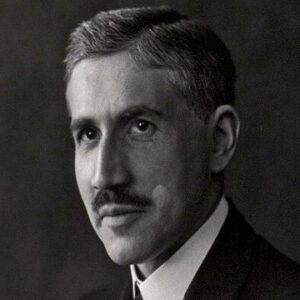 Otto Fritz Meyerhof was a German physician and biochemist who received the 1922 Nobel Prize in Medicine for discovering a fixed relationship between oxygen consumption and lactic acid metabolism in muscle. Meyerhof was born in Hildesheim to Jewish parents. However, when he was a small child, his family relocated to Berlin. Meyerhof received his scientific education in Berlin. While a kidney disease interrupted his studies temporarily, it provided him with artistic and intellectual insight that aided him in the later stages of his scientific career. Meyerhof began his career in a laboratory in Heidelberg after earning an honorary doctorate degree. In 1920, he made the ground-breaking discovery for which he was awarded the Nobel Prize in Physiology or Medicine. He shared the prize with Archibald Vivian Hill, an English physiologist who discovered how muscles generate heat. Meyerhof held numerous administrative positions over the course of his five-decade scientific career. From 1929 to 1938, he served as director of the Kaiser Wilhelm Institute for Medical Research in Heidelberg. He was appointed Director of Research at the Institut de Biologie Physico-chimique in Paris in 1938. He rose to the rank of Research Professor of Physiology Chemistry in the United States.

Otto Fritz Meyerhof was born in Hildesheim, Germany, on April 12, 1884, to Jewish parents Felix Meyerhof and Bettina May. His father worked as a merchant.

Meyerhof’s family relocated to Berlin following his birth. He completed his primary education at Wilhelms Gymnasium, a traditional secondary school in Berlin.

Meyerhof was 16 years old when he developed a kidney problem that limited his movement. He spent several months bedridden. Throughout this period, his mother exerted a strong influence on his developing mind. She urged him to engage in literary reading and writing. This period saw a great deal of Meyerhof’s artistic and intellectual development.

Meyerhof studied medicine in Freiburg, Berlin, Strasbourg, and Heidelberg following his matriculation. He earned a medical degree in 1909 with a thesis on a psychiatric subject and then concentrated on psychology and philosophy.

Meyerhof came under Otto Warburg’s influence in Heidelberg. Meyerhof’s interest in cell physiology was cultivated by the latter. He alternated between the Heildelberg Clinic’s laboratory and the Naples Zoological Station.

Meyerhof relocated to Kiel in 1912, and was renamed Meyerhof. After receiving training from Professor Bethe, he qualified a year later for the position of university lecturer in physiology. He later compiled and published the lectures he delivered at Kiel under the title ‘The Chemical Dynamics of Living Matter’.

Meyerhof was appointed Assistant to Professor Hober in 1915, when he assumed the Directorship of the Institute of Physiology. He was promoted to Assistant Professor in 1918, three years later.

Meyerhof was fascinated by the energy released by foods and consumed by living cells for the majority of his early academic career. Through the calorimetric measurement of heat production, he investigated gas analysis techniques.

Meyerhof’s most significant scientific discovery was the fixed relationship between oxygen consumption and lactic acid metabolism in muscle.

He developed a novel method for demonstrating that lactic acid was formed in anaerobic muscle from glycogen and that the amount of lactic acid formed was proportional to the tension generated in the muscle. According to him, approximately a quarter of the lactic acid was oxidized during the recovery stage, and the energy generated by this reaction was used to reconvert the remaining lactic acid to glycogen. He won the Nobel Prize for this discovery.

Meyerhof’s scientific career included accomplishments beyond his Nobel-winning discovery. He conducted extensive research on the oxidation processes and respiration of killed cells caused by narcotics and methylene blue.

Due to the physicochemical analogy between oxygen respiration and alcoholic fermentation, he investigated both processes in yeast extract. As a result, he discovered a respiratory co-enzyme that was present in all cells and tissues.

Meyerhof and Kurt Lohmann first collaborated on a paper in 1925, the first of many. He demolished the belief that muscle’s ability to convert glycogen to lactic acid was contingent on the integrity of the muscle structure and that bacteria and glycolytic activity were responsible for the same.

Rather than that, he demonstrated in his report that a muscle extract contained glycolytic enzyme systems and was active immediately upon preparation. Thus, he established that glycolysis did not occur as a result of bacterial activity. In 1926–27, he published a report that laid the groundwork for the Emden-Meyerhof glycolysis theory.

He became director of the Kaiser Wilhelm Institute for Medical Research in Heidelberg in 1929, when it was founded.

He relocated to Paris in 1938 in an attempt to escape the Nazi regime. He served as Director of Research at the Institut de Biologie Physico-chimique de Paris for two years, from 1938 to 1940. The Josiah Macy, Jr. Foundation was responsible for his financial well-being.

Meyerhof was compelled to relocate from Paris in 1940, when the Nazis invaded France. As a result, he eventually reached the United States in October 1940 with the assistance of others.

He was appointed Research Professor of Physiology Chemistry at the University of Pennsylvania in Philadelphia, a position created specifically for him. Meyerhof published more than 50 papers during his final decade in the United States.

In 1946, he partially dissociated myosin from the calcium-activated enzyme adenosine-triphosphatase (ATPase). He established a new magnesium-activated ATPase in muscle two years later, in 1948, and associated it with the cell’s microsomal fraction.

Meyerhof established an irreversible link between oxygen consumption and lactic acid metabolism in muscle. The discovery had enormous implications for physiology and earned him the 1922 Nobel Prize in Physiology or Medicine.

He was a 1922 Nobel Laureate in Physiology or Medicine for his discovery of the relationship between oxygen consumption and lactic acid metabolism in muscle. He shared it with Archibald Vivian Hill, who at the same time discovered how muscles generate heat.

Meyerhof made friends with Hedwig Schallenberg, a professional painter, during his time in Heidelberg. In 1914, the couple married. The couple had three children: Bettina Meyerhof, a daughter, and Gottfried and Walter Meyerhof, two sons.

Meyerhof died of a coronary occlusion in 1944. He survived the first but was then confronted with another in 1951 that ultimately resulted in his death. On October 6, 1951, he succumbed to a heart attack.

Meyerhof was awarded the Nobel Prize a year later, in 1923, because the committee did not find a deserving nominee in 1922.

The net worth of Otto is unknown.