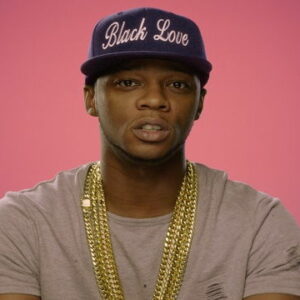 Papoose, the actual name Shamele Mackie, is an American rapper and songwriter. He began writing songs when he was just eleven years old, and at the age of twenty, Kool G Rap invited him to feature as a guest on his solo album, “Roots of Evil,” giving him his big break. When he was 21 years old, he released his debut single, “Alphabetical Slaughter,” also known as “Thug Collection.” He gained a following, but was unable to land recording jobs; as a result, he started making mixtapes to keep his following and his reputation intact. To date, he has released 29 mixtapes, 11 singles, and two albums. Additionally, he has made cameo appearances in 29 singles by other musicians as well as a crime thriller movie. Along with his wife, Remi Ma, he has also had an appearance on the TV show “Love & Hip Hop: New York.” One of the most well-known rappers in the world today is now.

Papoose was born on March 5, 1978, in Brooklyn’s Bedford-Stuyvesant district of New York City. He is of Liberian heritage, and his mother’s name is Irene Mackie, but that is about all that is known about his family. Gregory Hudgens is listed as his father’s name by some sources.

Shamele Mackie, his birth name, was changed to Papoose by his grandmother Vivian because, as a young child, he resembled a Native American baby. Later, he maintained using that moniker as he started his musical career.
About his educational history or other activities from his youth, nothing is known. Although he was up in Bedford-Stuyvesant, it is known that he had a passion for music at a young age, penning his first rap at the age of eleven. Additionally, it is well known that he cherished his grandmother.

Kool G Rap consented to Papoose’s request for a chance since he thought he had the ability. Papoose then made a guest appearance in the album’s eighth song, “Home Sweet Funeral Home,” making an immediate impact. He had only turned 20 at the time.

Papoose’s debut single, “Alphabetical Slaughter,” was made available in 1999. It rapidly became viral, serving as his career’s first stepping stone and building a fan following for him. He then entered into a contract with a recording business; but, after they failed to present him with any recording opportunities, he severed his relationship with them.

He started making mixtapes in order to stay in touch with his fans, and in 2004 he released ‘Art & War. He released three more mixtapes later that year: “Street Knowledge,” “The Beast from the East,” and “Election Day.”
In 2004, DJ Kay Slay, a well-known hip-hop disc jockey also known as Keith Grayson, received one of Papoose’s mixtapes. By that time, Kay Slay had established Streetsweepers Entertainments to support unsigned musicians.
Kay Slay hired Papoose to work with Street sweepers Entertainments after being moved by his performance. The following mixed tapes were released by Papoose in 2005: “A Moment of Silence,” “The Underground King,” “Sharades,” “Mixtape Murder,” “The Bootlegger’s Nightmare,” “Bedstudy Do or Die,” and “Unfinished Business.”
He continued to produce and in 2006, he put out a number of mixtapes, including “The Best of Papoose – The Official Mixtape.” He made a guest appearance on Trevor George Smith Jr.’s remix of “Touch It” that same year, which helped him become recognized for the song.

He agreed to a $1.5 million contract with Jive Recording on August 24, 2006, with the intention of releasing an album titled “The Nacirema Dream.” Although the record was nearly finished, the project got bogged down, and it was never released.

Papoose departed Jive in September 2007. He joined Flipmode Squad and stayed there for a number of years. This was also the moment that his career began to take off; he embarked on a tour of Russia and Great Britain and received widespread praise on a global scale.

In the 2008 murder thriller film “Righteous Kill,” musician Papoose made a brief cameo appearance. He carried on making mixtapes and released “Build or Destroy” the same year.

Following “Build or Destroy,” came “21 Gun Salute,” “Military Grind,” “Papoose Season,” “The Second Coming,” and “King of New York” (2011). He also published “The Last Lyricist,” his second mixtape collection, in 2011.
He released “Most Hated Alive,” his most well-known mixtape, on December 4, 2012. He had already planned to use Fontana Records to release “The Nacirema Dream” by that point. On Top of My Game, an album single that he released on December 11 to promote the album, attracted a lot of attention.

A hip-hop and R&B music video show called 106 & Park hosted the debut of Papoose’s “On Top of My Game” music video on February 1, 2013. The album “The Nacirema Dream” was supposed to be released on March 5, 2013, but for a variety of reasons, the date was moved back three weeks.

Papoose dropped his 27th mixtape, “Hoodie Season,” on November 4, 2013. Hoodie Season 2 and Cigar Society, both of which debuted on January 30 and March 5, respectively, came after it.

On July 17, 2015, Papoose’s “You Can’t Stop Destiny,” his second studio album, was made available. He made an appearance in a supporting role in the television project “Love & Hip Hop: New York” that year. The project aims to examine how women fit into the predominantly male hip-hop industry.

The Big Work of Papoose

Papoose is most known for his 2013 Fontana Records debut album, “The Nacirema Dream,” which was released on March 26. He claims that the CD is more than just for fun. On the other hand, it tells the tale of his life and the struggles he overcame to get where he is now.

Papoose married Remy Ma, also known as Reminisce Mackie, in a courtroom on May 12, 2008, just before she was arrested for shooting a former acquaintance over a money dispute. Originally set to get hitched on April 27, they were forced to reschedule after the sad event.

After Remy was released from prison in August 2014, they started dating again. Eight years after their legally binding union in the courtroom, they exchanged vows in a symbolic ceremony in March 2016.
Dejanie Mackie, a child from Papoose’s connection with another woman, is his daughter. When she was a little child, he was granted custody of her daughter. She is a musician and an aspiring artist who is now attending college in New York.

An American rapper named Papoose has a $500k net worth. Papoose debuted as a rapper on Kool G Rap’s “Roots of Evil” album in 1998. After that, he created and released a large number of his own mixtapes before signing with Jive Records. Papoose departed Jive and released fresh mixtapes with collaborator DJ Kay Slay after his debut studio album endured numerous delays until finally releasing his album “The Nacirema Dream” through Fontana Distribution.