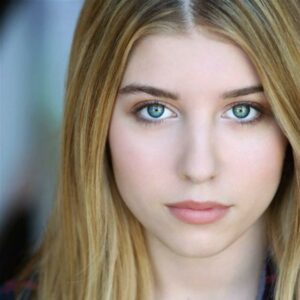 Paris Smith is best known for playing Maddie Van Pelt in the Nickelodeon teen sitcom ‘Every Witch Way.’ Aside from that, she’s appeared in sitcoms including ‘MyMusic,’ ‘Modern Family,’ and ‘Nicky, Ricky, Dicky and Dawn.’ She was cast as a simple 12-year-old kid in the film ‘Puncture’ starring Chris Evans when she was 11 years old. She’s also appeared in short films such as “The Presentation,” “Bedtime Stories,” and “Totally.” Paris also has a strong passion for music and singing. ‘Crush on Hollywood,’ ‘Game Over,’ and ‘He Says’ are the three singles she has released.

At the age of ten, Paris was cast as Rachel in a short film called ‘The Presentation.’ However, this was only a minor part. At the age of 11, she had the opportunity to work alongside Chris Evans in her first major film, ‘Puncture.’ She then appeared in a few episodes of TV shows such as ‘Modern Family’ and ‘My Music,’ as well as a few short films. In 2014, she had the opportunity to star in another film, ‘R.A.D.I.C.A.L.S.’ After that, she was cast in the TV show ‘ReactToThat,’ in which she played herself. 2014, on the other hand, was a great year for her, as she landed her first major part as Maddie in ‘Every Witch Way.’

What is it about Paris Smith that makes her so unique?

Paris earned the Young Artist Award for Best Performance in a Short Film by a Young Actress when she was just 11 years old for her part as Molly in the short film ‘Scouted.’ In 2014 and 2015, she was nominated for the Young Artist Award for the TV programs “Modern Family” and “Every Witch Way.” She wants to accomplish something in the music sector in addition to her acting career. She has recorded three singles as a result of her interest. These single tunes were uploaded to her YouTube channel and received a lot of positive feedback. Her achievements are noteworthy because she has had a passion for performing and music since she was a child.

Paris claims that working on sets has been the nicest part of her life thus far. She claims that she grew up on the sets of ‘Every Witch Way,’ and that the show has taught her many valuable lessons. “Always follow your ambitions, no matter how large they may seem!” she adds when asked what lesson she would give to the future generation. I never imagined I’d be where I am now when I was a kid and wanted to start performing! The most important thing is to be yourself, at least for me! Continue to do your thing! No one is exactly like you, yet everyone is exceptional in their own way!” She is on the junior advisory board of ‘The Shoe Crew,’ an initiative that donates shoes to underprivileged children. She’s also a member of the American Society for the Prevention of Cruelty to Animals (ASPCA) (ASPCA).

Paris was born and reared in Houston, Texas, until the age of eleven. She moved to Los Angeles with her family after her debut film to give her acting career a boost. When she was in high school, she performed in a number of plays. She also enjoys dancing and considers it to be one of her best skills. She is the proud owner of a Mitsubishi. Since she was four years old, Paris has aspired to be an actor. She acquired her first agency when she was seven years old. She is interested in directing and wants to be a makeup artist in addition to acting and singing. She has also had professional cheerleading training as well as great ballet, tap dancing, and jazz instruction. She describes herself as a soccer fanatic who enjoys spending her free time participating in the sport.

Paris is one of the wealthiest TV actresses and one of the most popular. Paris Smith’s net worth is estimated to be $1.5 million, according to Wikipedia, Forbes, and Business Insider.