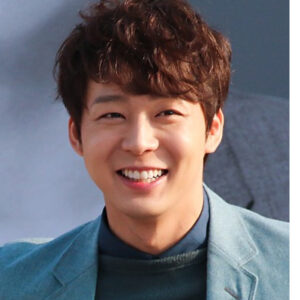 Park Yoo-chun, alias Micky Yoo-chun or simply Yoochun, is a well-known South Korean songwriter, singer, and actor who began his career as a teenager with TVXQ and SM Entertainment. The band was involved in a legal dispute with SM Entertainment and later formed a new group called JYJ, which stands for Junsus, Yuchun, and Jaejoong. The band has achieved international success with a number of singles, including their English album ‘The Beginning’. Park has performed a few solo shows alongside various artists and has also hosted the TVXQ Bigeastation radio show. He is the group’s primary songwriter, as well as a few other South Korean artists. Park has also pursued a parallel career in film and television, appearing in a few films and a number of drama serials, including ‘Miss Ripley’ and ‘Rooftop Prince’. He has achieved a ‘South Korean Grand Slam,’ which entails winning an award on each of the three major television networks in the country, SBS, MBC, and KBS, in the same year.

Park Yoo-chun was born on June 4, 1986, in Seoul, South Korea. He comes from a prosperous business family and has a younger brother, Park Yu-hwan, who has also pursued a career in show business.

When he was 12 years old, he moved to the United States of America with his family and settled in Fairfax, Virginia. He attended Holmes Middle School and later Chantilly High School during his time in America.

He won an award at an American Music Festival while in high school, which served as his first foray into music as a profession. After his parents divorced, Park returned to South Korea and joined the five-piece male band Dong Bang Shin Ki.

He graduated from Hanam High School in 2007 and continued his education at Kyunghee Cyber University. His father died in 2012 after a lengthy illness, leaving Park as the family’s eldest male member.

He was signed as an artist by SM Entertainment in 2006 and joined the popular K-pop group TVXQ, where he remained until 2009. Park and his bandmates, Jaejoong and Junsu, had a falling out with SM Entertainment over their contract, and engaged in a legal battle with the company that lasted from 2009 to 2012. Meanwhile, they formed a new band in Japan called JUNSUS/ YUCHUN/ JAEJOONG (JYJ).

In 2010, JYJ released their self-titled debut extended play, ‘The….’, which debuted at the top of the Japanese Oricon album charts. They followed this up with ‘The Beginning,’ their international English album. The band promoted the album with a tour that took them across the United States, Southeast Asia, and South Korea.

They released their Korean album ‘In Heaven’ and an extended play titled ‘Their Rooms, Our Story’ the following year. Additionally, the band toured North America, Europe, and Asia to connect with their fans.

Park quickly rose to celebrity status when he was cast in the television drama ‘Miss Ripley’, where he performed the song ‘The Empty Space for You’. He was also a featured rapper on Super Junior’s third album, ‘Sorry Sorry’.

Park established himself as a gifted songwriter early in his career. He composed songs for TVXQ’s most popular Korean and Japanese albums. He wrote the English lyrics for his solo single ‘My Girlfriend’ as well as the majority of JYJ’s songs.

Park Yoo-chun has a concurrent acting career that began with minor roles in television serials while he was a member of TVXQ. His acting abilities, combined with his increasing popularity as a singer, quickly elevated him to stardom. He made his acting debut in the Japanese drama serial ‘Beautiful Love,’ followed by a role in the popular KBS drama ‘Sungkyunkwan Scandal,’ for which he won several awards.

His acting career took off with roles in ‘Miss Ripley’ and ‘Rooftop Prince,’ which aired on the MBC and SBS networks in 2010 and 2011, respectively. His talent was recognized in 2012 when he was named the Most Popular Actor in Television Drama at the 48th Baeksang Arts Awards ceremony.

Apart from television, he has appeared in Korean films such as ‘Dating on Earth,’ ‘Haemoo,’ and ‘Lucid Dreams,’ where both fans and film critics have praised his acting.

His solo work includes appearances on DJ Makai’s ‘Stars’ and Gummy’s ‘I Loved…Have No Regret’ albums.

Additionally, he sang the song ‘How Much Love Do You Have in Your Wallet’ for his debut mini-album and live performance.

He hosted the TVXQ Bigeastation radio show in 2007 and appeared on all of TVXQ’s and JYJ’s numbers, which are considered to be among the top bands in South Korea and Japan.

He won the KBS Drama Awards (2010) for his performance in ‘Sungkyunkwan Scandal’; the 47th Baeksang Arts Awards (2011) for Best New Actor (TV) and Most Popular Actor (TV); and the 6th Seoul International Drama Awards for People’s Choice Award (Korea) and Outstanding Korean Actor (2011).

He won the SBS Drama Awards’ Top Excellence Award and Top 10 Stars Award for his performance in ‘Three Days’.

In 2016, while Park was serving his mandatory military service, he was charged with a series of false sexual assault allegations. His agency sued the defendants for defamation and blackmail, and the defendants were sentenced to prison terms. One of the defendants has filed an appeal for a public trial, which the court has yet to confirm.

He has been dating Hwang Ha-na, a member of the Nanyang Dairy Products family, and intends to marry her. There have also been rumours of their break-up, as Hwang struggled to deal with the negative publicity surrounding their affair on social media.

Park is one of the wealthiest actors and is ranked as one of the most popular actors. Park Yoo-net chun’s worth is estimated to be around $8.5 million, based on our analysis of Wikipedia, Forbes, and Business Insider.

Park Yoo-chun is a devout Christian.