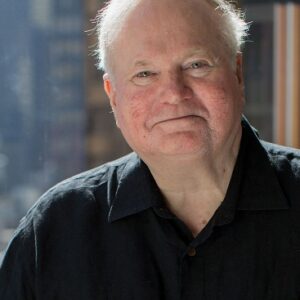 Pat Conroy was an international bestselling author who wrote multiple best-selling books and novels throughout the course of his four-decade career. Conroy grew up in a military home and was subjected to a lot of restrictions and punishment. He completed his formal schooling at the Citadel Military School. Conroy was sporty and fit in his early years, participating in a variety of sports. He was a part of the basketball squad at the university. His failure in sports, however, inspired him to pursue a career in writing. In 1970, he published his debut book, ‘The Boo,’ which launched his writing career. ‘The Water Is Wide,’ ‘The Great Santini,’ ‘The Lords of Discipline,’ and ‘The Prince of Tides’ followed. The majority of his works have been made into films with the same title. The books were favorably regarded, as were the films, two of which were nominated for Academy Awards.

Pat Conroy was born Donald Patrick Conroy in Atlanta, Georgia, to Marine Colonel Donald Conroy and former Georgian Frances “Peggy” Peck. He was the youngest of the couple’s seven children.

Conroy’s father worked as a fighter pilot, thus he grew up in a military family with severe discipline. He was continuously on the move due to his father’s continual relocation from one base to the next. He had lived in 23 cities by the time he was 18 years old.

Much of his life and living was affected by his military experience and the culture at the camp. He was a victim of his father’s violent outbursts and assaults as a child, and he used basketball to express his rage.

Citadel Military Academy was his alma mater. His first book, The Boo, was written and published when he was a student at The Citadel. The book offers insight into cadet life as well as Lt. Colonel Thomas N. Courvoisie’s time as Assistant Commandant of Cadets at The Citadel.

After finishing his degree, he went to work as a teacher in Beaufort, South Carolina. He was an English teacher. Following this, he traveled to Daufuskie Island, South Carolina, and took up the position of teacher in a one-room schoolhouse.

He did not stay at this school for long, as he was sacked for his unconventional teaching methods and refusal to use corporal punishment on children. Furthermore, his relationship with the administration had deteriorated, which contributed to his dismissal.

In 1972, he wrote his next novel, ‘The Water is Wide,’ based on his experiences as a teacher and the rampant racism at the time. Both the general public and critics praised him for the book. The book was adapted into a film, Conrack, in 1974, due to its positive reaction.

He published his first novel, ‘The Great Santini,’ in 1976, two years after the film adaptation of ‘The Water is Wide.’ Colonel ‘Bull’ Meecham, a Marine fighter pilot, is the protagonist of the tale, and he rules and terrorizes his family. His father inspired the character of Bull Meecham.

Ironically, ‘The Great Santini’ patched up his troubled relationship with his father while other family members were furious at him for revealing family secrets to the press. On the other hand, his father entirely changed his attitude and behavior in order to build a barrier between Colonel Bull Meecham and himself.

Despite the fact that ‘The Great Santini’ was not as successful as he had hoped, it was adapted into a film of the same name. The film starred Robert Duvall and was released in 1979. The book’s release triggered a time of personal turmoil for him, as his parents split, followed by his own separation.

The Citadel’s rigorous military discipline and prejudice. Because of its critical tone, the book caused a schism among his Citadel classmates.

Following the publication of ‘The Lords of Discipline,’ he began work on his second book, ‘The Prince of Tides,’ which was released in 1986. The book got a lot of excellent feedback. It became his most well-known work, and he was dubbed a master storyteller, poet, and prose stylist as a result.

‘The Prince of Tides’ was a worldwide success, selling more than five million copies and establishing his international name. The book’s phenomenal success led to its adaptation into a film of the same name. The film, like the book, had a similar fate and was hugely successful. Barbra Streisand and Nick Nolte starred in the key roles.

His sixth publication, titled ‘Beach Music,’ was released in 1995. The story centred around protagonist Jack McCall, who moved to Rome from America to escape the trauma of his wife’s suicide in South Carolina.

He traveled across the country after the release of ‘Beach Music,’ meeting members of his Citadel team. For him, the reunion with them was eventful and heartwarming, as he began recreating his senior year and the 21 basketball games he played during that time for his next book.

His next effort, ‘My Losing Season,’ was inspired by his memories of his final year at college. The book revealed details of his senior year, his athletic failures, and his early ambitions to be a writer.
Following the publication of his next effort, he wrote ‘South of Broad,’ his fifth novel and ninth book. The book was different from his previous works in that it focused on a lovely father, Leo Bloom King, and his life.

Following that, he published ‘The Pat Conroy Cookbook.’ In 2010, he released ‘My Reading Life,’ which was his next book. His love of reading and the books that affected him were celebrated in this book.

His most recent book, ‘The Death of Santini,’ was released in October of 2013. The book digs into his father’s startling yet warm transformation from severe disciplinarian to loving father. Unlike the last novel, this one focused on his family life after the events of ‘The Great Santini.’

In his life, he married three times. Barbara Jones, a young widow, received the first in October 1969. He adopted her two daughters from her previous marriage. A daughter was born to the couple. However, the relationship did not last long, and the two divorced in 1977.

In 1981, he married Lenore Fleischer in a religious ceremony. He raised her two children from her first marriage, as well as a daughter they had afterwards. However, the couple’s union did not continue, and they divorced in October 1995.

In 1997, he married Cassandra King, his third wife and a writer. She is the author of several well-known novels. They were residents of Beaufort, South Carolina.
Pat Conroy passed away on March 4, 2016, at the age of 70, from pancreatic cancer.

The novels ‘The Great Santini’ and ‘The Prince of Tides,’ written by this American author, were made into films that received Oscar nominations.