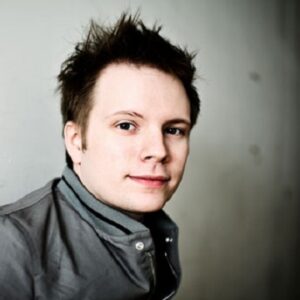 Patrick Vaughn Stump is an American singer, songwriter, record producer, music critic, and actor who fronts the band “Fall Out Boy.” He’s a pianist, vocalist, rhythm guitarist, and songwriter, among other things. The multi-talented Illinois native has cemented his reputation as one of the best artists in contemporary America. He also performs solo, with music that has been described as “funky and R&B flavored.” He’s also been dubbed “one of the best voices in punk” by the influential publication Billboard. His band’s four singles have charted at number one on the Billboard 200, and their studio album ‘Infinity on High’ was the first to do so; two more albums followed suit and charted at number one on the Billboard 200, which is the most widely followed American music chart. Patrick has collaborated with a variety of artists and has also produced CDs for others. Internal conflicts in ‘Fall Out Boy’ compelled him to leave the band for a while, during which time he published a solo album called ‘Soul Punk,’ an extended play called ‘Truant Wave,’ and went on a US and European tour to promote the EP, which was well received. Stump returned to ‘Fall Out Boy’ and has since recorded two more albums.

Patrick Vaughn Stump was born on April 27, 1984, in Illinois, to David Stumph, a folk performer, and Patricia Stumph, an accountant. He has two elder siblings, and as the family’s youngest child, he was spoiled rotten. When his parents divorced when he was eight years old, he faced difficult circumstances. In interviews, he has stated that his father was his greatest source of inspiration because he was a musical genius.
Patrick went to Glenbrook High School in Illinois, and whenever he was bored with the mundane, he would turn to music. At any given time, he would listen to innumerable hours of music. Aside from that, he began performing music at a young age after receiving various toy instruments as birthday presents.
He began auditioning for other places as he grew older, and he played drums in a variety of Chicago bands. His enthusiasm level was high, and he quickly became everyone’s favorite in the group. He has indicated that Michael Jackson, along with Tom Waits and Elvis Costello, were his main influences as a child.

Through a mutual connection, Patrick Stump met the founder and guitarist of ‘Fall Out Boy,’ and was instantly recruited as a band member. He began as a drummer, but his vocal abilities soon propelled him to the position of lead vocalist, and he went on to compose for the band as well. The band began in 2001 and published their debut work in 2003, an extended play called “Evening out with your Girlfriend.”

Soon after, the band published their first full-length studio album, ‘Take This to Your Grave,’ which caught the attention of Island Records, one of the greatest record labels in the world. In the meantime, the band began working on their debut project for a major label and released an acoustic-based EP in response to fan demand.
Fall Out Boy’s biggest break occurred in 2005, when their studio album ‘From Under the Cork Tree’ was certified double platinum by the Recording Industry Association of America. The album reached number 9 on the Billboard 200 chart, giving the band much-needed public recognition. ‘Sugar, We’re Going Down’ and ‘Dance, Dance’ from the album topped various music charts that year, and the band began touring in support of the album as their fan base grew.

The band’s third studio album, ‘Infinity on High,’ was released in 2007, and it debuted at number one on the Billboard 200. The album was a smash hit with critics and other music charts on both a national and worldwide scale.
‘Folie a Deux’ was the band’s next studio album, released in December 2008, and while it did not achieve the same level of success as its predecessor, it was a modest success, debuting at No. 8 on the Billboard 200 chart. The album’s main hit, “I Don’t Care,” went platinum, but the rest of the album garnered mixed to positive reviews from critics.
‘Fall Out Boy’ went on hiatus in late 2009, citing the fact that nearly all of the band members were involved in other projects, making it difficult to keep a schedule to work together and practice. Patrick took advantage of the chance and began work on his debut solo album, which was released in October 2011 to positive acclaim. Meanwhile, in February 2011, he released his solo EP ‘Truant Wave.’

‘Fall Out Boy’ made an unexpected comeback in 2013 with the album ‘Save Rock n Roll,’ which once again reached the top of the Billboard 200 chart. The band traveled extensively for the following two years before announcing their second album, ‘American Beauty/American Psycho,’ which was released in January 2015 and featured the single ‘Centuries,’ which went triple platinum. Patrick wrote the song ‘Trophy Boy’ for the film ‘Charming’ in late 2015.
Aside from music, Patrick has been busy exploring his acting abilities in films like ‘One Tree Hill,’ ‘Law and Order,’ and ‘Sex Drive,’ as well as providing scores for a variety of projects, including films and TV episodes.

Patrick married Elisa Yao, his longtime fiancée, in 2012, and the couple brought Declan into the world in 2014. Stump has struggled with a variety of health conditions throughout his life, including high cholesterol and diabetes, and he shed 65 pounds after splitting from his band.

Stump dropped the ‘h’ from his last name because he thought it would be difficult for people to pronounce.
Patrick Stump’s net worth is estimated to be at USD 15 million as of May 2017.

With an estimated net worth of $18 million, bassist Pete Wentz surpasses Patrick Stump as Fall Out Boy’s richest member. Although Wentz is best known as the bassist for Fall Out Boy, he did not begin his musical career there. Pete was a founding member of various bands before Fall Out Boy, including First Born, which eventually became Arma Angelus. Wentz went on to play with other bands like Birthright, Extinction, and Yellow Road Priest later in his career.