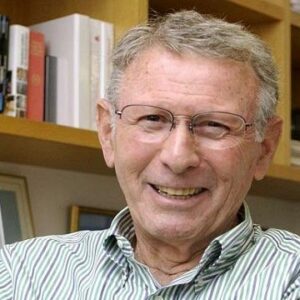 In 1980, Paul Berg, an American biochemist, shared the Nobel Prize in Chemistry. One of his most important contributions to genetics in the 20th century was creating a way to put DNA from different organisms together. He went to school in New York and became interested in science. His father made clothes there. He read a lot, and the books “Arrowsmith” by Sinclair Lewis and “Microbe Hunters” by Paul DeKruif had a big impact on him. These books helped him decide to become a scientist in part. One of his teachers was always there for him, which also helped him realize that he was meant to work in science. After getting his Bachelor of Science in biochemistry from Penn State University and his Ph.D. in biochemistry from Case Western Reserve University, he started working as a professor. He spent many years of his career as a professor at Washington University School of Medicine and Stanford University School of Medicine. He also ran the Beckman Center for Molecular and Genetic Medicine as its director. Even though he gave up his jobs in administration and teaching in 2000, he is still doing research.

Paul Berg was born in Brooklyn, New York, on June 30, 1926. He was one of three sons of Harry Berg, who made clothes, and Sarah Brodsky, who took care of the home.
He went to high school at Abraham Lincoln and graduated in 1943. His school years gave him a strong interest in science and made him more determined to become a scientist.

He was in the U.S. Navy from 1943 to 1946, and then he went back to school. Then he went to Pennsylvania State University, where he studied biochemistry and got a degree in 1948.

From 1950 to 1952, he was a National Institutes of Health fellow at Case Western Reserve University, where he got his Ph.D. in biochemistry 1952.

From 1952 to 1954, Paul Berg worked with Herman Kalckar at the Institute of Cytophysiology in Copenhagen, Denmark, as a research fellow for the American Cancer Society.
He also worked at Washington University in St. Louis, Missouri, with biochemist Arthur Kornberg from 1953 to 1954. From 1954 to 1957, he was a scholar in cancer research.

In the 1950s, Berg started to look into RNA and DNA substances in a serious way. He looked at how messenger RNA, a type of RNA, tells amino acids, which are the building blocks of proteins, how to link together (mRNA).

He was especially interested in the structure and function of genes. To learn more about how these individual units of heredity worked, he tried to mix genetic material from different species. His research into how isolated genes worked led to the creation of ways to splice genes together in recombinant DNA. Berg then used this method, which he had just found, to study viral chromosomes.

His discoveries had a lot of potential for use in the real world. One of the first was the creation of a strain of bacteria that had the gene for making the hormone insulin in mammals. The recombinant DNA technology also made it possible for doctors to use a new method called gene therapy to treat diseases.

From 1969 to 1974, Berg was in charge of the Department of Biochemistry at Stanford. He got the Sam, Lula, and Jack Willson Professor of Biochemistry title in 1970. He was also a non-resident fellow of the Salk Institute and a senior postdoctoral fellow of the National Science Foundation from 1961 to 1968. (1973-83).

From 1985 to 2000, he was in charge of the Beckman Center for Molecular and Genetic Medicine. In 2000, he stopped being in charge of things and teaching, but he kept doing research.

Paul Berg is best known for coming up with a way to cut and paste genes in recombinant DNA. He was the first scientist to combine DNA from two different species into one molecule by inserting DNA from another species into a molecule. This was a huge step forward in the development of modern genetic engineering.

Paul Berg got half of the 1980 Nobel Prize in Chemistry for “his fundamental studies of the biochemistry of nucleic acids, with a focus on recombinant DNA.” Walter Gilbert and Frederick Sanger got the other half for “their contributions to figuring out the base sequences in nucleic acids.”

The National Medal of Science was given to Berg by President Ronald Reagan in 1983.
In 2005, the Biotechnology Industry Organization (BIO) and the Chemical Heritage Foundation gave him the Biotechnology Heritage Award (CHF).
In 2006, he was given the Carl Sagan Prize for Popularizing Science by the Wonderfest.

In 1947, Paul Berg married Mildred Levy, and they have one son.

Paul Berg is on the list of the most popular and wealthiest biologists. Wikipedia, Forbes, and Business Insider all say that Paul Berg has a net worth of about $1.5 million.