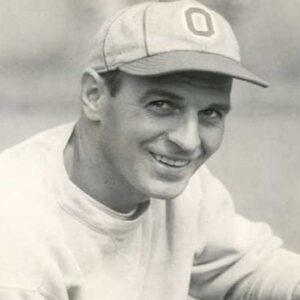 Paul Brown was a well-known American football coach during his tenure in the ‘All-America Football Conference’ and ‘National Football League’. He became the head coach of the Cleveland Browns and is also credited with helping to start the Cincinnati Bengals. Although several of his own players despised him for his brusque manner and controlling personality, he went on to become one of the most renowned football coaches in American history. His professional coaching career spans nearly 25 football seasons, and his teams have won seven league championships under his direction. He worked his way up from a high school coach to a ‘Hall of Famer’ in professional football. He is credited with turning the sport into a more precise discipline. He has had a major influence on the game during his lengthy and famous career. From scouting opponents via ‘game videos’ to developing the ‘draw play’ method and systematizing the college draft, Brown established a long-lasting legacy in American football and inspired a number of modern-day coaches and players. In 1967, he was elected to the Pro Football Hall of Fame.

Paul Eugene Brown was born in Norwalk, Ohio on 7 September 1908. His family relocated to Massillon, Ohio, when he was nine years old.

He attended Massillon Washington High School in 1922. Although he began playing football at a very young age, he was unable to make the school squad due to his ‘undersized’ stature in the sport. Three years later, he graduated from the institute.

He was accepted to Ohio State University, where he intended to play for the Buckeyes. He did not, however, receive an opportunity to try out.
After his freshman year, he transferred to Miami University, where he was drafted to Coach Chester Pittser’s ‘All-Ohio small-college second team’ in 1928.

Although he studied pre-law in Miami and pondered pursuing a Rhodes scholarship to study history, he took his first job as a coach at Severn School in Maryland in 1930.

After his second year at Severn School in Maryland, Brown took over as head coach when Massillon’s position became available in 1931.
Brown was tasked with the task of rehabilitating the Massillon Tigers, disciplining them, and transforming them into a meticulous squad. It was here that he instilled in his players an emphasis on ‘quickness over strength,’ and no player was permitted to sit on the bench throughout a game; they were required to stand. This type of disciplinarian approach enhanced the Massillon Tigers’ records.

Massillon won every game under his guidance in 1934, until Canton upset them 21-6 in the season finale.
Until 1940, he led the Massillon High School football team to an overall record of 59 victories and only one noteworthy defeat. He was named head coach of the ‘Ohio State Buckeyes in 1940.

In 1942, despite being endangered by the subsequent war situation on the home front, the ‘Ohio State Buckeyes won their first-ever national championship. The following season was a disaster for Brown and the Buckeyes.

Brown was commissioned as a lieutenant in the United States Navy in 1944. He was the head coach of the Bluejacket football team at the Great Lakes Naval Training Station on the outskirts of Chicago. He could have been called to active duty at any point during his tenure as a lieutenant, but the war ended just as Brown settled.

Arch Ward, a prominent sports editor for the ‘Chicago Tribune,’ proposed an eight-team professional football league named the ‘All-America Football Conference’ (AAFC) following the war’s conclusion in 1944.
Brown was promptly given the role of coach of the new squad, which he accepted in 1945 at a huge pay of $17,500 per year—more than any other coach.

From 1946 to 1949, he worked on assembling a successful Cleveland football team known as the ‘Browns’. He devised the ‘taxi squad’ during this time period, and his team won the AAFC championship and every other game during the 1948 season. However, at the end of this era, the AAFC league was in danger of collapsing.

In 1950, the ‘Browns’ overcame the defending champions, the ‘Philadelphia Eagles,’ in their NFL debut. They finished 10-2 and won the NFL Championship by defeating the Los Angeles Rams.
From 1951 to 1955, he led the Browns to five consecutive championship games, winning it all in 1954 and 1955. The following season, he had his first ‘defeated’ season as a coach.

In 1961, Art Modell, an advertising executive, purchased the team for about $4 million, acquiring a 15% ownership and renewing Brown’s eight-year contract. Modell quickly assumed direct responsibility for the team’s processes, which enraged Brown.

Due to the new ownership, there was a developing schism between the players and Brown, as well as between Brown and Modell himself. On January 7, 1963, Brown was fired as coach. Following a brief absence, he returned to coaching five years later, this time with his new team, the Cincinnati Bengals.

The Bengals struggled in 1968 and 1969 but appeared to be on the rise as Brown assembled a good group of players through the draft.
He led the Bengals to the playoffs three times during his tenure as coach, including once in 1970.
Brown announced his official resignation from coaching in 1975 after his club was eliminated from the playoffs. He remained as team president upon his retirement.

He was elected to the ‘National Football Hall of Fame’ in 1967.
He was posthumously awarded the ’12th best coach of all time’ by ‘Sporting News’ in 2009.

In 1929, he married Katie Kester and together they produced three sons: Robin, Mike, and Pete. He and his son, Robin, both died of cardiac arrest and cancer, respectively.
He married former secretary Mary Rightsell in 1973.

He was rarely seen in public during the end of his life, and he died on 5 August 1991 at home due to pneumonia problems. Rose Hill Cemetery is where he is laid to rest.
His son, Mike, succeeded him as Bengals team president following his death. In 2000, he was honored with the naming of a new football stadium, ‘Paul Brown Stadium.’

Although he left a long-lasting impact, it was not always a favorable one. Numerous players recalled him for mistreating them for failing to provide them wage raises or for his arrogant conduct. He was even dubbed ‘cold and cruel’ by some. Brown remained a target of criticism even after his death.

Today, the face mask, the taxi squad, and the draw play are all used in modern-day American football, all of which Brown invented during his lifetime.

Paul is one of the wealthiest Association Football Players and is ranked among the most popular. Paul Brown’s net worth is estimated to be $1.5 million, based on our analysis of Wikipedia, Forbes, and Business Insider.

This American football coach, who served as head coach of the Cleveland Browns and Cincinnati Bengals, forbade his players from having a social life, drinking, and smoking. He also forbade them from engaging in sexual activity on specific days of the week. Apart from these rules, he required players to wear ‘coats and ties’ while they were out in public.