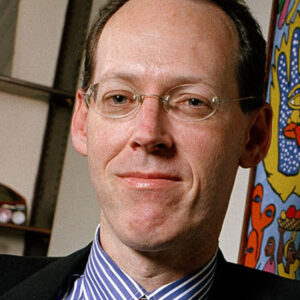 Paul Edward Farmer is an anthropologist and physician who is well-known for his attempts to offer disadvantaged people in developing countries with the best medical care possible. He is a humanitarian who believes that all people, regardless of where they reside, have the right to receive the greatest medical care possible. He was a top student in school and received a full scholarship to Duke University in North Carolina, where he studied medical anthropology. He had the good opportunity to study under renowned anthropologist Claude Levi-Strauss at Duke. His passion for the poor began when he began touring North Carolina tobacco plantations and saw the deplorable conditions of Haitian migrant workers. He co-founded Partners In Health, a non-profit health care organization, to offer the benefits of contemporary medical knowledge to those who truly needed them. The organization, which began in Boston to assist Haitians, has grown to become a global organization dedicated to the goal of providing medical services to the poor. He is the Kolokotrones University Professor at Harvard University and has produced multiple publications on medical research. He has also served as the Special Adviser to the UN Secretary-General on Community-based Medicine and Lessons from Haiti.

He was born in Massachusetts as one of six children of a salesperson and a high school teacher. His father, a “free spirit,” had a tendency of regularly moving his large family.

Paul grew up in an unusual environment, spending the majority of his time in an old school bus that his father had converted into a mobile home. Due to the family’s frequent travel, he became aware of the wider world and its difficulties.

His parents fostered in him a passion for serious books as well as an unquenchable desire to learn. Over time, he would master the ability to quickly learn new languages.

At Hernando High School, he excelled academically and was named president of his senior class. He was awarded a full academic scholarship to Duke University in North Carolina, where he studied medical anthropology. He was heavily affected by the teachings of Rudolf Virchow, a 19th century German physician and scientist, while at university.

He grew concerned with the life of Haitian migrant workers at adjacent tobacco fields while at Duke. He was fascinated by them and their culture, so he started learning everything he could about Haiti, including the Creole language.

He visited Haiti in 1983, when the country was going through a terrible period under the Duvalier family’s dictatorship. At the period, the impoverished had a difficult time getting access to medical care. The training facilities for local doctors and nurses were likewise inadequate. Farmer found his calling there, and he made it his life’s mission to help Haiti’s poor.

He developed the Zanmi Lasante community-based health project with the support of a Haitian priest, Father Lafontant, and a young English woman, Ophelia Dahl, who had gone to Haiti as a medical volunteer. In 1985, he established Clinique Bon Saveur, a tiny two-room clinic in Cange, Haiti.

Haiti’s dictator fled the country in 1986 due to political concerns. AIDS was attaining epidemic proportions in urban slums around this period. Farmer felt compelled to help the folks because of their distress.

Farmer founded the Partners In Health (PIH) in Boston in 1987 with Ophelia Dahl and Todd McCormack, a former Duke classmate. Dahl served as President and Executive Director, with Tom White, a philanthropist, donating a million dollars as seed money. Jim Yong Kim, a Harvard medical student, soon joined them.

Farmer started a program in Boston to combat Haiti’s soaring HIV and tuberculosis rates. He also worked on the senior staff at Birmingham as an attending expert. He visited Haiti on a regular basis and stayed as long as he could.
By the 1990s, Haiti’s Zanmi Lasante had grown into a large hospital with modern facilities that served over 150,000 people. Farmer’s unique approaches made it possible to treat infectious diseases at a low cost.

Farmer received a $220,000 grant from the MacArthur Foundation in 1993, which he utilized to launch a research program at PIH called the Institute for Health and Social Justice.

In the Zanmi Lasante area, immunization rates were higher, infant mortality was lower, and malnutrition was lower in the new millennium. The group, which also established initiatives for women’s literacy and AIDS prevention, became a global healthcare model, with the World Health Organization adopting its AIDS control practices in 30 nations.

Farmer was appointed Deputy UN Special Envoy for Haiti by former US President Bill Clinton in 2009, a position he held until 2012.

The co-founding of the health group Partners In Health (PIH)—Zanmi Lasante is a Haitian sister organization—is his greatest contribution to humanity. The organization’s mission is to bring the benefits of modern medical facilities to the world’s poorest and sickest individuals, particularly those in impoverished countries.

In 2007, he received the Austin College Leadership Award ($100,000), which he donated to PIH.
In 2010, the Jefferson Awards presented him with the S. Roger Horchow Award for Greatest Public Service by a Private Citizen.

He is married to Didi Bertrand, an anthropologist who was born in Haiti. The couple is the parents of three children.