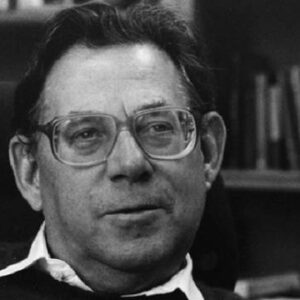 Paul Jozef Crutzen is a well-known Dutch atmospheric chemist who studied ozone depletion and global warming. He was awarded the Nobel Prize in Chemistry in 1995 for his contributions to atmospheric chemistry, specifically the synthesis and degradation of ozone. He was born in the early 1930s, some seven years before the Nazi annexation of the Netherlands. He completed his schooling on time despite his working-class parents’ tough treatment, but he did not receive a university stipend. As a result, he enrolled at a Middelbare Technische School and progressed through the ranks to become a civil engineer. Later, he worked as a computer programmer at the University of Stockholm’s Department of Meteorology while also furthering his academic credentials, earning an MS and later a PhD in atmospheric ozone photochemistry. Later, while working as a postdoctoral researcher in England, he created his theory of ozone depletion and demonstrated that the phenomena is caused by greater use of nitrogen-rich fertilizers and fossil fuels. He was eventually awarded the Nobel Prize in Chemistry for his efforts. He worked on global warming in his later years and is a proponent of the nuclear winter idea. “Nuclear war may likely spell the extinction of not only our race, but most of planetary life as well,” he argues.

Paul Jozef Crutzen was born in Amsterdam on December 3, 1933. Jozef Crutzen, who was born in Vaal, worked as a waiter in Amsterdam. Anna Gurk, his mother, was of mixed Polish and German origin and arrived at the city as a housekeeper from the Ruhr region of Germany. He has a sister as well.

Paul began attending the primary school, sometimes known as ‘de Grote school,’ in September 1940, just a few months after Germany occupied the Netherlands. Classes were held in numerous locations when the Nazis stole their school facility.

The situation deteriorated further in the final months of WWII, notably between the fall of 1944 and May 5, 1945, when the country was liberated. Food, water, and heating fuels were few at that time, and many of his classmates died of hunger and sickness.

Classes were also erratic, resulting in the majority of the pupils losing a year. Paul, on the other hand, was able to obtain outside assistance and was one of the few children who were promoted to the final class without having to repeat a year.

He finished elementary school in 1946 and enrolled at Hogere Burgerschool (Higher Citizen School). They had to learn English, French, and German in addition to the regular curriculum. Physics and mathematics were his favorite subjects, despite the fact that he fared well in them.

In 1951, Paul J. Crutzen graduated from Hogere Burgerschool. Unfortunately, his final exam marks were poor due to a high temperature. As a result, he was not eligible for a university stipend.

It meant that if he wanted to go to university, his parents, who were in dire financial straits, would have to support him for another four years. As a result, he decided to study civil engineering at Middelbare Technische School (MTS), a middle technical school.

The benefit of enrolling at MTS was that, even though the degree took three years to complete, he could work and earn money in the second year. He was able to complete his studies and get his degree in 1954 as a result of this.

Crutzen joined the Bridge Construction Bureau of the City of Amsterdam in 1954, shortly after completing his civil engineering degree. His service was interrupted in 1956 when he was called to serve in the military for 21 months.

He returned to Bridge Construction Bureau in early 1958 after being freed from military service but yearned for academic service. So when he noticed an advertisement for a computer programmer at Stockholm Högskola (later Stockholm UniversityDepartment )’s of Meteorology, he applied and was hired.

Crutzen started his new job at Stockholm on July 1, 1959. Despite having no prior computer programming experience, he rapidly became accustomed to the mathematical intricacy of early programming and developed computer programs adequate for meteorological work.

At the same time, he attended courses at the university in mathematics, mathematical statistics, and meteorology, eventually receiving his filosofie kandidat (MS) degree in 1963. Unfortunately, he was unable to pursue physics or chemistry since these required laboratory work, which he could not afford. As a result, he became a pure theorist.

Meanwhile, he continued to work on numerous meteorological projects, including assisting in the development and operation of some of the first barotropic weather prediction models. He was requested to assist a US scientist in developing a computer model of oxygen allotrope distribution in different levels of the atmosphere sometime in 1965.

While working on it, he grew fascinated by atmospheric ozone photochemistry and chose to devote his filosofie licentiate thesis (equivalent to a Ph.D. thesis) to it. ‘Determination of parameters appearing in the ‘dry’ and ‘wet’ photochemical theories for ozone in the stratosphere was the title of his work.

In 1968, he was awarded his doctorate. In 1969, he became a post-doctoral associate at the Clarendon Laboratory of the University of Oxford, England, for the European Space Research Organization.

Crutzen discovered how nitrous oxide produced from the Earth’s surface depletes the ozone layer in the stratosphere while working there in 1970. He was eventually awarded the Nobel Prize in Chemistry for his efforts.

He returned to Stockholm University as a Research Associate in 1971, after completing his postdoctoral period. He had advanced to the rank of Research Professor by the time he departed Stockholm in 1974.

Crutzen became a Research Professor in the Upper Atmosphere Project at the National Center for Atmospheric Research (in Boulder, Colorado, USA) in 1974. He was promoted to Senior Scientist and Director of the Air Quality Division at the same institute in 1977. He held this position until July 1980.

He also worked as a consultant for the Aeronomy Laboratory, Environmental Research Laboratories, and the National Oceanic and Atmospheric Administration (all in Boulder). He was also an Adjunct Professor at Colorado State University’s Department of Atmospheric Sciences in Fort Collins, Colorado, from 1977 to 1981.

He proposed the theory of ‘Nuclear Winter’ in 1982. He and John Birks proposed that, in the event of a nuclear war, sooty smoke from fires in industrial cities, oil storage sites, and forests would reach the middle and upper troposphere. They came to the conclusion that the black smoke’s absorption of sunlight could result in darkness and significant cooling of the earth’s surface.

He became Executive Director of the Max-Planck-Institute for Chemistry in 1983 and held that position until 1985. He then resigned from his position to work as a scholar at the same institute until 2000. He also worked as a part-time lecturer in a number of well-known colleges and institutes in the United States and Germany.

He continued his study on global warming as a scholar at the International Institute for Applied Systems Analysis in Laxenburg, Austria, in 2004.

He advocated in 2006 that the current geological period be dubbed Anthropocene to stress humanity’s participation in the earth’s geological and ecological conditions.

Crutzen’s latest significant paper was published in January 2008. He said that because biofuels emit more nitrous oxide than the fossil fuels they are intended to replace, they contribute more to global warming.

Crutzen is the first scientist to show that human activity can deplete the ozone layer in the stratosphere, putting life on Earth in jeopardy. He discovered in 1970 that the main source of such depletion is nitrous oxide (N2O), which is produced by soil microorganisms and exhaled from the Earth’s surface.

He established that N2O can reach the stratosphere since it is a stable gas. It combines with the UV radiation in the ozone layer to make nitric acid and oxygen. The ozone layer gets depleted as a result of this. He later added that greater usage of nitrogen-rich fertilizers and fossil fuels could have contributed to the issue.

Paul J. Crutzen was awarded the Nobel Prize in Chemistry in 1995 for his “work in atmospheric chemistry, particularly involving ozone synthesis and degradation.” Mario J. Molina and F. Sherwood Rowland, who worked on the same project independently, shared the honor.

He was also honored with the United Nations Environment Ozone Awards for Outstanding Contribution to the Protection of the Ozone Layer in 1995.
Tyler Prize for Environmental Achievement (1989), Volvo Environment Prize (1991), and Deutscher Umweltpreis of the Umweltstiftung (1994) were among his other notable awards.

Crutzen met Terttu Soininen, a Finnish student of history and literature working as an au pair in Lucerne, while on a trip to Switzerland in 1956. In February 1958, they married. Ilona and Sylvia are their two daughters.

The scientist is Paul’s main source of income. We now lack sufficient information about his family, relationships, childhood, and other aspects of his life. We will soon provide an update. Net Worth Estimated for 2019 $1 Million.

Crutzen advocated that sulfur particles being released into the upper atmosphere to reflect sunlight and heat back into space, thus lowering global temperatures. Scientists are now investigating such possibilities, which is a little strange.