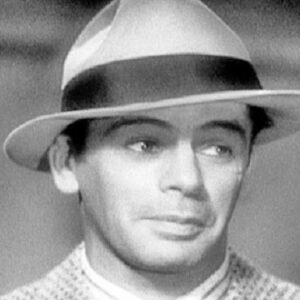 Paul Muni was an American stage and film actor best remembered for his role as the title character in the film ‘Scarface.’ He was recognized for his meticulous preparation for each of his parts, which gave his performances a level of legitimacy that no other actor of his day could equal. He was introduced to show business at a young age as the son of actress parents. Muni began his acting career with his parents in a Yiddish theater in Chicago, where he dazzled spectators with his first ever performance on stage—at the age of 12, Muni performed the part of an 80-year-old man. He had a natural gift for acting and wanted to pursue it professionally, but his father didn’t approve since he wanted his son to pursue a career as a musician. Muni, on the other hand, was adamant, and his father grudgingly decided to let him to follow his dream. Muni’s theater career was a smash hit, and he quickly rose to fame as a beloved Broadway star. Muni was discovered for his remarkable acting talents in the 1920s when Hollywood was hunting for theatrical talent. In films such as ‘Scarface’ and ‘The Story of Louis Pasteur,’ he received critical praise. Despite his brilliant career, he was unsatisfied with Hollywood and returned to his genuine passion, the theatre.

On September 22, 1895, in Lemberg, Austro-Hungarian Empire, Paul Muni was born as Frederich Meshilem Meier Weisenfreund. Salli and Phillip Weisenfreund, his parents, were also performers. He was one of two brothers. When the children were little, the family moved to America. His parents became members of the New York-based Yiddish Theater, where Frederich would shortly make his debut. He made his theatrical debut when he was 12 years old, playing an 80-year-old guy. Maurice Schwartz was impressed by his performance and invited him to join his Yiddish Art Theater.

Paul Muni performed as an actor in traveling shows for the next several years, and he became well-known for his theatrical performances. He learned the skill of make-up as a young man, allowing him to significantly alter his appearance depending on the job requirements.

He auditioned for the role of an elderly Jewish man on Broadway in 1926. Because the actor was a young guy of 31, the producer sought to discard him. But he persisted, and thanks to his make-up abilities, he was able to make himself seem old enough for the part. In the play ‘We Americans,’ he made his Broadway debut.

He immediately rose to prominence as a successful theater actor, and when Hollywood was on the lookout for new talent, he was swiftly noticed. In 1929, he was signed by Fox. Paul Muni became his stage name at this moment.
His cinematic career began with an outstanding performance in ‘The Valiant,’ for which he was nominated for an Academy Award. The picture, however, performed poorly at the box office. His second picture, too, was a box office flop.

He returned to Broadway after the failures, but returned to Hollywood in 1932 to portray Antonio “Tony” Camonte in “Scarface,” a film largely based on the rise and fall of Al Capone. Muni was catapulted to prominence once the picture became an instant success.

Warner Bros. inked a long-term contract with him after being impressed by his achievements. Paul Muni preferred to portray supporting characters rather than main parts. He convinced Warner Bros. to make ‘The Story of Louis Pasteur,’ a historical biography (1936). The film was a critical and economic success.

Throughout the 1930s, he continued to have success, appearing in films such as ‘The Life of Emile Zola’ (1937), for which he was nominated for an Academy Award, and ‘Juarez,’ in which he played the lead role (1939). Muni earned a lot of respect for his dedication to acting. He put forth a lot of effort into his performances, particularly the biographical ones. He worked on his lines for several days and was meticulous about giving each performance his all. His honesty and drive were the driving forces behind his stunning performances, earning him the title of “actor par excellence.”

He was dissatisfied with appearing in films despite his tremendously successful Hollywood career. As a result, he chose not to extend his contract with Warner Bros. and returned to the stage, as he preferred it. He did, however, continue to feature in films on an irregular basis.

He received a lot of accolades for his role of Antonio “Tony” Camonte in the gangster thriller “Scarface.” Despite Muni’s initial reluctance to take the part, the film helped him establish himself as one of the best performers of his day.

In the historical film ‘The Story of Louis Pasteur,’ he played the 19th century chemist Louis Pasteur, which was his first biographical role. He did extensive study to authentically represent Pasteur and was also praised for his make-up talents.

In actual life, Paul Muni was a cautious and introverted individual. He married actress Bella Finkel in 1921. Muni and his wife were married for 45 years until Muni’s death. During his latter years, he suffered from a variety of maladies, including fading eyesight and a rheumatic heart. On August 25, 1967, at the age of 71, he died of a heart condition.

Paul is one of the wealthiest and most well-known actors in Hollywood. Paul Muni’s net worth is estimated to be $1.5 million, according to Wikipedia, Forbes, and Business Insider.