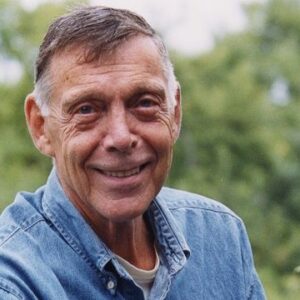 In America, the name Paul Taylor is often used to mean “modern choreography.” Taylor is one of the last active members of the second group of American dance artists. He is known as one of the best choreographers of the 20th century. His radical choreographies were all about love, sexuality, and humor. He is known as the person who helped many dancers get their start. Some of his famous choreographies were hits with the audience and sometimes made people run out of the theater in a panic. Some of the dances he has choreographed are “Esplanade,” “Aureole,” “3 Epitaphs,” “Scudorama,” and “Speaking in Tongues.” He has also worked with artists like Gene Moore, John Rawlings, Santo Loquasto, Thomas Skelton, Jasper Johns, and Matthew Diamond, among others. He has won many honors and awards, like the Emmy Award and the National Medal of Arts. Even though his works got a lot of bad reviews, he stayed one of the most fearless and brave choreographers who used a wide range of themes on stage, and he is still thought of as an American dance icon.

Paul Taylor was born in Pittsburgh, Pennsylvania, on July 29, 1930, when the United States was in the middle of the “Great Depression.” He grew up in the city of Washington, D.C.

In the 1940s, he went to school at Syracuse University, where he swam and painted. During his time at college, he read a few books about dance and then sent an application to Juilliard School right away.

In 1953, he got a B.S. in dance from Juilliard and had the chance to train with the famous Martha Hill. The next year, he put together his own group of dancers and started making his first dance works.

In 1955, he became a soloist with the Martha Graham Dance Company, and he continued to teach and guide his group. The next year, he made his first comedy piece, which was called “3 Epitaphs” and became a huge hit.
In 1959, Balanchine asked him to perform with the New York City Ballet as a guest artist. He did his first show with his troupe the following year in Europe.

In 1962, he made the dance “Aureole,” which was set to modern music, and it was a big hit with dance fans.
In 1963, he choreographed “Scudorama,” which was called “apocalyptic” and was thought to be his first “dark” piece, as opposed to “Aureole,” which was “sunny.” Two years later, he went on a tour of all of South America through the US State Department’s International Cultural Exchange Program.

He became famous and well-known after ‘Big Bertha,’ one of his most daring dances, was performed on stage for the first time. The theme of the choreography was “incest,” which shocked and amazed different audiences.
He made the dance piece “The Book of Beasts” in 1971. Three years later, he stopped performing himself and decided to put more of his attention on the dance shows his troupe put on.

In 1975, he made the classic dance “Esplanade,” which is still his best dance to this day. The next year, he looked at what people are really like behind a complicated mask in the complicated “Cloven Kingdom.”

Between 1977 and 1980, he made a number of dances that were praised by critics, such as “Aphrodisiamania,” “Airs,” “Nightshade,” and “Le Sacre de Printemps.” During this time, he also went on a tour of the USSR and was on US public television.

In 1985, he choreographed “Last Look.” Three years later, in “Speaking in Tongues,” he focused on the themes of rape in marriage and lying.

He also put together a dance piece called “Company B,” which had its first performance in 1991. Seven years later, in the heartbreaking play “The Word,” he looked at how people blindly obeyed authority.

In the new millennium, he wrote pieces called “Banquet of Vultures” that criticized “American imperialism” and “Dream Girls” that focused on “feminism.” In his work “Beloved Renegade,” which was well-liked by critics, he also used dark themes.

From 2009 to 2011, he focused on a theme that was both very important and very current: infidelity. In two of his most important works, “Brief Encounters” and “The Uncommitted,” he wrote about this idea.

In 1962, he made his first big hit, “Aureole,” which is one of his most famous dance pieces. He put his groundbreaking modern dance to a modern score, but the music was written 200 years ago. This dance became a classic right away, and the Paris Opera Ballet and the Royal Danish Ballet even used it in later shows.

He has won three Guggenheim Fellowships and several honorary doctorates and degrees in fine arts.
In 1969, the French government made him a knight and gave him the title “Chevalier de l’Ordre des Arts et des Lettres.”

He was one of only a few people chosen to join the American Academy and Institute of Arts and Letters in 1989.
The show “Speaking in Tongues,” which was made by WNET/New York, won him an Emmy Award.
In 1992, he was honored by the Kennedy Center.

He got the Algur H. Meadows Award for “Excellence in the Arts” in 1995.
In 2000, he was given the Legion of Honor for his “outstanding contributions to French culture.”

In 1954, he started the Paul Taylor Dance Company, which is now thought to be one of the best dance schools of the 20th century. The group has put on shows in more than 500 cities in 62 different countries.

He has worked closely with Martha Graham, Laura Dean, Dan Wagoner, Elizabeth Keen, Senta Driver, and Lila York, among other dancers and choreographers.
The “Paul Taylor Dance Foundation” was set up to help get Taylor’s works in front of as many people as possible all over the world.

In 1993, he started the group “Taylor 2,” which still performs the choreographer’s best works in smaller cities and towns all over the world. “Taylor 2” also teaches his style of dance at a number of schools and community events.

“Aureole,” which is licensed choreography by this well-known choreographer, is performed by nearly 75 dance institutions around the world.