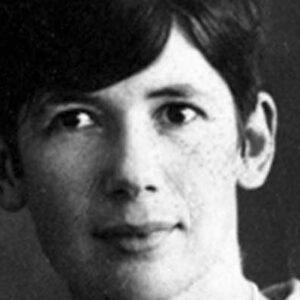 American novelist, short story writer, and journalist Ernest Hemingway’s second wife was Pauline Marie Pfeiffer, a journalist. Pfeiffer began her career working for newspapers in Cleveland and New York after graduating from the University of Missouri School of Journalism. She later worked for prestigious publications “Vanity Fair” and “Vogue.” She was introduced to Hemingway in Paris as a result of her employment with Vogue. She and Hemingway were married after the author’s divorce from his first wife, Hadley, and they had an affair. Pfeiffer, a devout Roman Catholic, supported the Nationalists during the Spanish Civil War, whereas Hemingway sided with the Republicans. Hemingway and she had two boys together, but their marriage was not successful because Hemingway had an affair with Martha Gellhorn. Pfeiffer maintained her residence in Key West during her divorce and operated a posh fabric store there. Her death is thought to have been brought on by an extreme shock brought on by the arrest of her son Gregory and the ensuing angry exchanges she had with Hemingway over a long distance phone call. Gregory, who later graduated from medical school, explained that Hemingway’s call caused Pfeiffer’s pheochromocytoma tumor to oversecrete adrenaline, which caused a deadly shock.

She was born on July 22, 1895, in Parkersburg, Iowa, to wealthy Catholic parents Paul Pfeiffer and Mary Downey Pfeiffer, who ran a real estate business. Her younger sister’s name was Jinny Pfeiffer.

Pfeiffer was born and raised in north central Iowa, moving to St. Louis with her family at the age of six in 1901. She graduated from high school there in June 1913 after attending the Visitation Academy of St. Louis.
Later, her family moved to Piggott, Arkansas, but Pfeiffer remained in Missouri and graduated in 1918 from the University of Missouri School of Journalism.

Pfeiffer started off working for the Cleveland Press’ night department in Ohio before moving to New York to join the Daily Telegraph. After working there for a while, she shifted her attention to high-end publications, working with Vanity Fair and Vogue, two publications that focus on fashion, lifestyle, and popular culture.

Her skill as a writer and copyeditor, along with her fashion savvy, soon led to an invitation for her to work for Vogue’s Paris office. In February 1925, she traveled to Paris with her sister Jinny.
The following year, she met Ernest Hemingway and Hadley Richardson, his first wife. Hemingway, who was then a young author, relocated to Paris a few years prior with Hadley in order to serve as the Toronto Star’s foreign correspondent.

The Relationship, Marriage, and Life of Ernest Hemingway
She moved in with Hemingway and Hadley in Schruns, Austria, where they were spending the winter in January 1926. Despite Hadley’s warning, Pfeiffer persuaded Hemingway to accept a deal with the American publishing house Charles Scribner’s Sons. Hemingway departed for New York in order to meet the Scribners.

Hemingway had a detour in Paris while traveling from New York to Schruns, where he started dating Pfeiffer. Hemingway’s marriage gradually hit a hard patch, and Hadley learned of her husband’s infatuation with Pfeiffer in the spring of 1926.

In July 1926, Pfeiffer traveled with the couple on their yearly excursion to Pamplona. Hadley announced her intention to separate upon her return to Paris, and in November of that same year, she legally filed for divorce. January 1927 saw the final divorce of the marriage.

Prior to Hemingway’s marriage to Pfeiffer on May 10, 1927, the latter converted to Catholicism. Le Grau-du-Roi served as their honeymoon destination. By the end of the year, she was expecting a child and yearned to go back to America. In March 1928, the couple departed Paris for Key West as suggested by John Dos Passos.

She gave birth to Patrick, a boy, in Kansas City, Missouri, on June 28, 1928. Hemingway fictionalized the challenging birth she went through at the time in his 1929 book “A Farewell to Arms.”

Gregory, her second child with Hemingway, was born in Kansas City on November 12, 1931. That year, as a wedding gift for the newlyweds, her Uncle Gus spent $8,000 cash to buy a house in Key West. On November 24, 1968, the house—officially known as the Ernest Hemingway Home & Museum—became a U.S. National Historic Landmark.

In 1933, the pair spent 10 weeks in East Africa on a safari. They provided coverage for places including Mombasa, Machakos, and Nairobi, among others.
Hemingway sided with the Republicans during the 1936–1939 Spanish Civil War, while Pfeiffer, a fervent Roman Catholic, sided with the Nationalists.

In March 1937, Hemingway traveled to Spain to report on the Spanish Civil War for the North American Newspaper Alliance (NANA). He started dating American journalist, author, and travel writer Martha Gellhorn there. Such an affair progressively put Hemingway and Pfeiffer’s marriage on shaky ground, leading to a divorce on November 4, 1940, after which Hemingway wed Gellhorn.

She lived in Key West for the rest of her life and made numerous trips to California after getting divorced from Hemingway. The Carolina Shop, which she owned and operated, sold designer fabrics, upholstery, and gifts.

She passed away on October 1, 1951, from an acute shock. This was thought to have started with her son Gregory’s arrest for drug use and Hemingway’s subsequent call to her from Cuba, which sparked a contentious fight when she was visiting her sister. She was sent to a hospital in Hollywood right away, but she passed away there.

She was laid to rest in the Hollywood Forever Cemetery in the US state of California’s Los Angeles County.
Hemingway’s accusation that Gregory was responsible for Pfeiffer’s death greatly angered Gregory.

Gregory revealed that Pfeiffer had a rare pheochromocytoma tumor on one of her adrenal glands after he graduated from medical school. He claims that Hemingway’s phone contact prompted her tumor to release a surge of adrenaline, which then ceased, changing her blood pressure and ultimately killing her.

Pauline is one of the wealthiest and most well-known journalists. Pauline Pfeiffer’s net worth is roughly $1.5 million, according to our analysis of data from sources like Wikipedia, Forbes, and Business Insider.