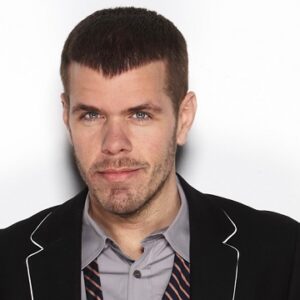 Mario Armando Lavandeira Jr., a Cuban-American blogger, journalist, and television personality goes by the pen name Perez Hilton. Lavandeira rose to fame with his PerezHilton.com celebrity gossip site. The blog quickly rose to the top of the most despised websites due to his unreserved support for some celebrities and unfair criticism of others. He is well-known for spreading rumors, but he is also well known for the numerous lawsuits that various paparazzi photographers and celebrities have filed against him, alleging that his fame and fortune are based on the work of others because he frequently uses copyrighted materials without asking permission. Although he has been outspoken about homosexual rights and identifies as gay himself, he has angered many gay rights activists with his provocative remarks and actions, including his attempts to “out” gay public figures like actor Neil Patrick Harris and former ‘N Sync member Lance Bass. Perez Hilton wants to be “the gay Latino Oprah,” and he claims to have built an empire through his namesake blog, record label, fashion website, CoCoPerez.com, and best-selling books, among other things.

Mario Armando Lavandeira Jr., also known as Perez Hilton, was born to Cuban parents Mario Sr. and Teresita Lavandeira on March 23, 1978, in Miami, Florida. One week after his grandfather went away, when he was only 15 years old, his wallpaper business owner’s father passed away from a brain aneurysm.

He graduated in 1996 from Miami’s Belen Jesuit Preparatory School, an all-boys Catholic institution. He was given the scholarship to attend New York University, and in May 2000, he graduated with a B.F.A. in drama from The Tisch School of the Arts.

Perez Hilton worked as the managing editor of the gay men’s magazine “Instinct” and the publishing manager for the LGBT rights group GLAAD in the early 2000s while he was having trouble making it as an actor. He also worked as a receptionist at the NYC gay nightclub Urban Outings and freelanced as a writer for LGBT periodicals.

In 2001’s third season of “The Sopranos,” in the episode “Fortunate Son,” he made his television debut. He also appeared in the short film “Help Wanted” in the horror thriller “Campfire Stories” that same year.

In September 2004, he began the site PageSixSixSix.com, not as a personal journal but rather to write about celebrities “because they’re considerably more amusing.” After “The Insider” published a story about his blog on March 11, 2005, he gained notoriety as “Hollywood’s Most-Hated Website” within six months.

In July 2007, Perez Hilton, who was already well-known under his stage name, landed his own reality television program on VH1 called “What Perez Sez.” On September 11, 2007, the first of the six episodes of the program went on television.

On August 17, 2007, he made the announcement of Fidel Castro’s passing. No significant media outlet, however, supported his assertion, and on September 21, 2007, Castro made fun of the reports of his demise on Cuban television.

He participated in the MTV reality competition “Celebrity Rap Superstar” in August 2007, but was eliminated in week 6. He hosted an episode of “Best of MADtv” the following month.

He made a cameo in the comedy movie “Another Gay Sequel: Gays Gone Wild!” in 2008. He also made appearances in the reality TV programs “Queen Bees” and “Paris Hilton’s My New BFF: Casting Special” in the same year.

In 2008, he released the song “The Clap,” which was written and produced by Lucian Piane. He has been in a variety of music videos, such as Rihanna’s “S&M,” The Pussycat Dolls’ “Hush Hush,” and Simple Plan’s “When I’m Gone.”

He presented at the MuchMusic Video Awards in 2009 and co-hosted the MTV Europe Music Awards in 2008. He admitted on “The Tyra Banks Show” on September 9, 2009, that he regrets misreporting Castro’s passing.
He appeared in five episodes of “Degrassi: The Next Generation” in 2009. He began hosting the reunion episodes of the reality TV program “Bad Girls Club” that year, and he has done so for several seasons.

In December 2011, he developed and served as the host of the ITV2 television program “Perez Hilton Superfan.” Going Down in LA-LA Land, a 2011 drama film, featured him as an actor.

On the fifteenth season of the British reality series “Celebrity Big Brother,” he entered the house in January 2015 but was kicked out on February 4. Both “Meet the Blacks” and “Most Likely to Die” are among his most recent cinematic credits.

On July 18, 2005, the Irish actor Colin Farrell sued him for releasing links to his sex tape. On November 30, 2006, the photo agency X17Online filed a lawsuit against him for copyright infringement, seeking more than US$7.5 million in damages.

On February 20, 2007, Universal Studios sued him for posting an illegally stolen video of the Jennifer Aniston-starring movie “The Break-Up.” On April 26, 2007, the photo agency PhotoNews filed him a new lawsuit for utilizing protected content.

He was sued by Zomba Label Group on October 11, 2007, for illegitimately posting Britney Spears’s songs on his site. On January 23, 2008, he received $85,000 in a different lawsuit brought by DJ Samantha Ronson.
He received criticism from both politicians and gay rights activists for the remarks he made regarding Carrie Prejean, a competitor who opposed gay marriage while serving as a judge for the Miss USA 2009 competition. At the 2009 MuchMusic Video Awards after party, he also provoked rapper will.i.am, which led GLAAD to request an apology from him.

After asserting that Michael Jackson’s cardiac arrest on June 25, 2009, which ultimately led to the pop icon’s death, was a publicity ploy, he came under harsh internet criticism. His close friendship with Lady Gaga dissolved in late 2011 for unspecified reasons, and he then began criticizing her online.

Perez Hilton’s website has become as one of the top sources for news and rumors about celebrities. His website claims that it obtains more than 300 million unique views each month.

Beginning in 2007, “Forbes Magazine” ranked Perez Hilton as the “No. 1 Web Celeb” three years in a row. He received the 2009 “Hispanic of the Year” award from “Hispanic Magazine.”

Barbara Lavandeira, Perez Hilton’s younger sister, appeared in “Big Brother’s Bit on the Side.” In 2007, he moved his mother and sister into his Los Angeles condo.
On February 16, 2013, Mario Armando Lavandeira III, his first kid, was born. He was conceived via a donor egg and was carried by a surrogate mother. On May 9, 2015, he gave birth to his daughter Mia Alma Lavandeira through surrogacy.

Fact While visiting his mother in Miami and partying on South Beach with friends, Perez Hilton came up with his stage moniker. He joked that they were more likely to discover Perez Hilton, “the trashtastic Cuban cousin of Paris and Nicky,” than Paris Hilton after repeated failed attempts to locate her in public places where she was supposed to appear.

Celebrity blogger and actor Perez Hilton hails from the United States and has a $20 million fortune. Perez Hilton has achieved significant success in the entertainment news sector while being a somewhat controversial personality. He is well known for his celebrity news and rumors-focused site, PerezHilton.com. In addition to blogging, Perez Hilton is a well-known actor and author.