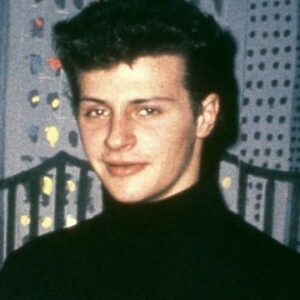 Pete Best is best known as the ‘Beatle’ who was abruptly fired from the band just as the band was about to break out. He was taken aback when he learned of this, but he took it all in stride. Although many attribute the artist’s demise to his good looks and popularity, John Lennon attributed the artist’s demise to his drumming abilities, which he claimed were neither skilled nor extensive. He was viewed as a rebel who preferred his own company and refused to adopt the band’s famous haircut or sense of humor. This remarkable personality then embarked on a solo career, performing local gigs in his hometown; however, commercial success appeared to elude him. Following a series of associations with bands and musical groups, as well as an unsuccessful suicide attempt, he abandoned his musical ambitions and sought employment in the civil service. He now performs regularly with his brother’s band, ‘The Pete Best Band,’ but his body of work with his own group appears to be largely generic. Continue reading to learn more about this famous musician’s personality and accomplishments.

Randolph Peter Best was born in Chennai (then Madras) to Donald Peter Scanland, a marine engineer, and Alice Mona Shaw, a medical student preparing to serve in the Red Cross. Rory and Vincent Roag are his siblings.

In 1945, the Best family boarded the final troop ship to depart India for Liverpool. Mona established the ‘Casbah Coffee Club’ in the basement of their family home, which was once home to the Beatles during their heyday.

Pete Best’s career began as the drummer for the ‘Black Jacks.’ His ability to play all four beats in a bar and his large female fan base convinced McCartney to recruit him for ‘The Beatles’ bookings in Hamburg in 1960.

This drummer joined the Beatles in 1961 as a backing band for Tony Sheridan, who was signed to Polydor Records. He released the single ‘My Bonnie’ under the name ‘Tony Sheridan and the Beat Brothers’ in Germany.

When the Beatles signed their first record deal with EMI in the summer of 1962—’Love Me Do,’ their first single, was scheduled to be released in a month—Epstein, the manager, was asked to fire Best from the group.

Following his dismissal, he formed ‘The Pete Best Band’ with Wayne Bickerton and Tony Waddlington and toured the United States with them on a regular basis.

He did not achieve commercial or critical success with the quintet’s subsequent release, ‘Best of the Beatles,’ which, to listeners’ dismay, was not a compilation of ‘The Beatles’ songs.

In 1968, he decided to leave show business and landed a job loading sliced bread into a bread factory van.

In 1969, he was hired by the Garston Jobcentre, where he progressed from employment officer to training manager.

He stayed away from music until the late 1970s, when he began working as an advisor for a film about the Beatles.

Twenty years after his first public performance, his friends convinced him to play drums at a concert at Liverpool’s Adelphi Hotel in 1988. He performed alongside his younger brother, Roag, marking his comeback to show business.

The 1995 release of ‘The Beatles Anthology’ qualified him for royalties, as the album included early demo recordings with Best on the drums.

In 1999, the large family home that housed the ‘Casbah’ was opened to the public as a museum, to great acclaim, with thousands of visitors. It is now used as a recording studio and is protected by the English Heritage.

He released his debut album, ‘Haymans Green,’ in 2008 and has since toured the world with ‘The Pete Best Band’ and his brother, Roag.

‘Anthology 1’, released in 1995, featured some of Pete Best’s finest drumming. The album debuted at number one on the Billboard 200, selling 855,473 copies in its first week. Additionally, it was certified 8x Platinum.

‘Haymans Green,’ released in 2008, is perhaps this artist’s most significant solo work. He plays drums and co-wrote all of the tracks. Although the album was not commercially successful, it has developed a cult following among rock fans.

Best was presented with a framed certificate upon induction into the ‘All You Need Is Liverpool’ Music Hall of Fame.

In 1962, he met Kathy, who worked at a Woolworth’s store. They met at a Beatles party at the Cavern. He had fallen in love with her while watching her dance. The couple married in 1963 and are the parents of two daughters. The city of Liverpool has dedicated two new streets to him, dubbed ‘Pete Best Drive’ and ‘Casbah Close.’

Pete Best is a musician from the United Kingdom with a net worth of $600,000. Best is probably best known as the drummer for the Beatles prior to Ringo Starr’s replacement and the band’s rise to fame. His dismissal has since generated considerable controversy, and he did not take the incident well.

This great drummer from ‘The Beatles’ has frequently been cited as a source of contention within the band due to his popularity and good looks.