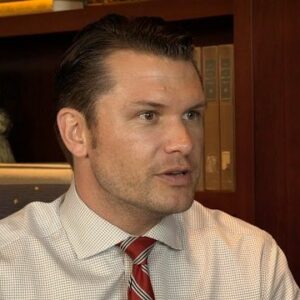 Peter Brian “Pete” Hegseth is an American Fox News Channel contributor. He is a co-host of the weekend edition of ‘Fox & Friends’ and a frequent guest co-host of the weekday edition. In addition to being a senior political analyst for Fox News, he provides analysis for all Fox News and Fox Business programs. Hegseth, the author of the renowned book “In the Arena,” is a former military officer who served in the Afghanistan and Iraq conflicts. Hegseth has also served as a guard at Guantanamo Bay while holding a Combat Infantryman’s Badge and two Bronze Stars for his service in Afghanistan and Iraq. The multitalented American was formerly the executive director of the political advocacy organization Vets for Freedom. He is also the former chief executive officer of Concerned Veterans for America. Regarding Hegseth’s personal lifestyle, he is known to be a straightforward individual. Dedicated to his family, he is married with four small children. He is active on LinkedIn and Twitter.

Pete Hegseth was commissioned as an infantry officer in the U.S. Army National Guard in 2003. The year after, he worked as a guard in Guantánamo Bay. Shortly after returning from Cuba, he served as an infantry squad leader in Baghdad and as a civil-military operations officer in Samarra.

Hegseth worked at the Manhattan Institute for Policy Research after his return from Iraq. Then, he served as the executive director of Vets For Freedom from 2007 to 2010. He also served as a military expert for Fox News Channel during this time.

Hegseth is also a contributor to National Review Online and a Council on Foreign Relations term member. He has contributed editorials to The Washington Post, The Washington Times, The Wall Street Journal, and The New York Post.

In 2012, he lost the Minnesota Republican Party’s Senate support to Kurt Bills. In 2017, he interviewed President Donald Trump and was criticized for not questioning the president when he made false remarks.

The Incident of Throwing an Axe

On June 14, 2015, during a live broadcast of Fox & Friends, Hegseth hurled a double-bit ax that struck and injured West Point Band drummer SFC Jeff Prosperie. After this occurrence, both the channel and the band guaranteed the public that no ax tossing would occur while service men performed behind the target.

Pete Hegseth was born on June 6, 1980, in Minneapolis, Minnesota, to Penelope and Brian Hegseth as Peter Brian Hegseth. He attended Forest Lake Area High School before obtaining his Bachelor of Arts from Princeton University. He then obtained a master’s degree in public policy from Harvard University.

Regarding his romantic history, Hegseth was formerly married to Meredith Schwarz. After their separation, the American journalist married Samantha Hegseth. Hegseth has four children currently: Rex, Gwendolyn, Boone, and Gunner.