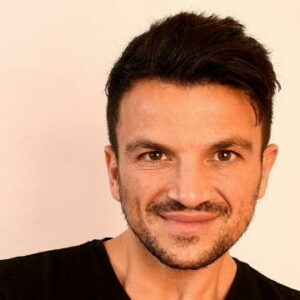 Peter Andre is an English musician, composer, television host, and businessman. His real name is Peter James Andrea. The albums “A Whole New World,” “Revelation,” “Accelerate,” “The Long Road Back,” “Angels & Demons,” and “White Christmas” are among those for which he is renowned. The successes “Mysterious Girl,” “Flava,” “Behind Closed Doors,” and “Gimme Little Sign,” to mention a few, are only a few of the many singles he has released. Andre is also well-known for his roles in the “Katie & Peter” series, which features a number of candid reality shows with his ex-wife Katie Price. In addition to performing, the singer has hosted a number of television programs, including “Odd One In,” “Your Face Sounds Familiar,” “Sunday Scoop,” “60 Minute Makeover,” and “Give a Pet a Home.” He also had appearances on the third season of “I’m a Celebrity… Get Me Out of Here” and the 13th season of “Strictly Come Dancing.” Speaking of Andre’s accolades and achievements, he once won an ARIA Award for his song “Gimme Little Sign,” which was selected as the country’s best-selling single of the year.

Andre entered the Australian talent competition “New Faces” in 1989. Following the event, he signed a recording contract and released his debut single, “Drive Me Crazy.” On 30 September 1996, he published his studio album titled “Natural,” which featured the smash track “Mysterious Girl,” and shortly after that, he released the hit single “Gimme Little Sign.”

Andre then released his album “The Long Road Back” in 2004. That same year, he also had an appearance on the reality series “I’m a Celebrity… Get Me Out of Here!” He began the “Katie & Peter” franchise on the channel ITV2 that same year. When Jordan Met Peter was the name of the first season. Jordan and Peter: Laid Bare and Jordan and Peter: Marriage and Mayhem were produced for the Katie & Peter reality series the following year.

The English musician published his albums “A Whole New World” and “Revelation” in the coming years, along with a few more episodes of the Katie & Peter franchise. His albums “Unconditional: Love Songs” and “Accelerate” were released in 2010. Andre also served as the host of the ITV show “Odd One In” in that year. Then, in 2013, he made an appearance as a guest judge on “Your Face Sounds Familiar” after releasing the album “Angels & Demons.” He appeared as a guest presenter on a couple of episodes of “Sunday Scoop” that same year. In addition, Andre started hosting “60 Minute Makeover” in November 2013. Then, in 2015, he released the albums “White Christmas” and “Come Fly with Me.” He also made appearances on “Strictly Come Dancing” and “Give a Pet a Home” that year.

Thea and Savvas Andrea welcomed Peter James Andrea into the world on February 27, 1973, in Harrow, London, England. The Benowa State High School was where he studied. In terms of the British musician’s romantic history, he wed model Katie Price on September 10, 2005. Before divorcing in 2009, the couple had two children together: son Junior Savva and daughter Princess Tiaamii Crystal Esther.

Andre began dating Emily MacDonagh, a medical student who is 16 years younger than him, in 2012. Amelia, their daughter, was born in 2014 as their first child. The union took place on July 11, 2015. They welcomed their son Theodore James as their second child on November 22, 2016.

Peter Andre has a net worth of $20 million and is an Australian television celebrity of English descent. Peter Andre was raised in Australia after being born in Harrow, London, England. He started creating songs when he was in middle school. After winning a talent contest, he was given his first recording contract on live television. Although his self-titled debut album was released in 1993, it wasn’t until 1996’s “Natural” that he achieved commercial success. The singles “Flava” and “I Feel You,” which were from the album, both peaked at number one in the UK. Even though four of his singles made the top 20, his third album’s sales were significantly lower. He then took a break after being dropped by his label. He participated in the reality program 2004 “I’m a Star… Take Me Away From Here! “launched a new album after reissuing one of his earlier big singles. He followed up “Revelation” with two more albums, “Unconditional: Love Songs” in 2010 and “Accelerate” in late 2010. “Revelation” debuted at #3 on the charts. Additionally, both albums made it to the top 10.