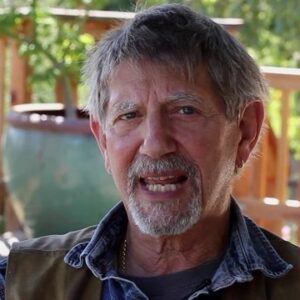 Peter Coyote is an actor, director, author, narrator, and screenwriter from the United States.
He is most recognized for his parts in the films ‘Cross Creek,’ ‘Patch Adams,’ ‘Jagged Edge,’ ‘A Walk to Remember,’ and ‘Good Kill,’ among others.
He is best known as a narrator for his work on the documentary “The Roosevelts,” for which he won an Emmy Award.
Coyote’s interest in acting and politics began in high school, having been raised in a cultural and intellectual atmosphere.
During the Cuban Missile Crisis at college, he and eleven other students fasted for three days in favor of then-President John F. Kennedy’s “peace race.”
Coyote studied creative writing at San Francisco State University after receiving a BA in English Literature.
He eventually joined the San Francisco Mime Troupe, where he began writing, directing, and acting in plays before moving on to films and television.
In addition to being a brilliant performer, she is also a novice photographer.

Robert Peter Cohon, better known as Peter Coyote, was born on October 10, 1941, in New York City, New York, to Ruth and Morris Cohon, an investment banker.
He grew up in a non-religious home with a strong sense of culture. He graduated from Dwight Morrow High School and went on to Grinnell College. He changed his name to “Coyote” throughout his college years.
He was passionate about politics, and during the Cuban Missile Crisis, he recruited a party of twelve students and travelled to Washington to support John F. Kennedy’s “peace race.”
Coyote enrolled at San Francisco State University after graduating from college in 1964 with a degree in English literature.

Peter Coyote began performing, directing, and writing plays with the radical political street theatre San Francisco Mime Troupe.
He was a member of the San Francisco counterculture from 1967 until 1975. During this period, he also co-founded the Diggers, an anarchist group, and began producing theatre events for them.
He worked with the San Francisco Arts Commission’s historic Neighborhood Arts Program in the early 1970s (NAP). He joined the California Arts Council in 1975 and remained a member until 1983. In 1978, he returned to performing with performances at the Magic Theatre.
‘Die Laughing,’ a 1980 comedy-drama, was the start of his big screen career. Soon after, the actor received his first leading part in William Dear’s action adventure ‘Timerider: The Adventure of Lyle Swann.’
In 1985, he appeared in the courtroom drama thriller film ‘Jagged Edge.’ In 1990, Coyote received his first Emmy Award nomination for a guest performance on the TV drama ‘Road to Avonlea.’
He has lead parts in the programs ‘The Inside’ and ‘The 4400’ in the early 2000s. In ABC’s ‘Commander in Chief,’ he played the Vice President of the United States.
He narrated ‘Enron: The Smartest Guys in the Room’ after appearing in the series ‘Brothers & Sisters.’ In 2006, he launched the political television show ‘The Active Opposition.’
In the 2000s, the actor narrated PBS’ documentary ‘Torturing Democracy,’ which focused on George W. Bush’s government’s use of “advanced interrogation tactics” in the so-called “War on Terror.” He also narrated 15 episodes of the ‘National Geographic Explorer.’ He narrated the documentary ‘Solitary Confinement’ in 2010.

Peter Coyote has had three marriages. He was married to Eileen Ewing from 1965 to 1972. He married Marilyn McCann in 1975 and they had one child together. In 1998, the couple divorced.
In 1998, Peter Coyote married Stefanie Pleet. In 2015, they divorced.