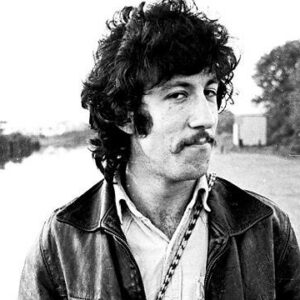 Peter Allen Greenbaum, better known as Peter Green, is a blues rock guitarist and composer from the United Kingdom. He is most recognized for being the founder of the legendary English band ‘Fleetwood Mac.’ In Rolling Stone’s list of the “100 Greatest Guitarists of All Time,” he was ranked 38th, and Mojo magazine named him the third-best guitarist of all time. Green began his musical adventures at a young age, learning guitar on his own on a cheap Spanish guitar that his brother purchased him when he was 11 years old. After that, he began performing professionally with various bands before forming his own blues band, ‘Peter Green’s Fleetwood Mac – with Jeremy Spencer,’ which was eventually renamed ‘Fleetwood Mac.’ The band released a number of successful albums, with Green writing the majority of the songs. But, as a result of his heavy drug use, he progressively lost control of his mind and developed drug-induced schizophrenia, which led to his career and personal collapse. Green spent many years in psychiatric treatment and underwent electroconvulsive therapy, but he eventually recovered and restored his career by irregularly performing with ‘Fleetwood Mac’ before re-forming his own band, ‘Peter Green and Friends.’

Green was born into a working-class family in Bethnal Green, London. He’d always been interested in music and began experimenting with the guitar when he was 11 years old.

Green began performing professionally at the age of 15. Initially, he was a member of the band ‘Bobby Denim and the Dominoes,’ who performed pop chart versions and rock ‘n’ roll standards. Green later joined the Muskrats, a rhythm and blues band, and then ‘The Tridents,’ a rock band. He played bass for the band before joining Peter Bardens’ band, ‘Peter B’s Looners,’ in 1966 as lead guitarist.

Green began to gain recognition in the music industry, and he was asked to fill in for Clapton in ‘John Mayall & the Bluesbreakers’ for three of their shows. Clapton took over as the band’s full-time member after Eric Clapton left.
‘A Hard Road,’ his debut album with ‘John Mayall & the Bluesbreakers,’ was released in 1967. It included songs like ‘The Same Way’ and ‘The Supernatural,’ which he wrote himself. He earned the moniker ‘The Green God’ at this period.

He formed his own blues band and gathered a group of players. Peter Green’s Fleetwood Mac featuring Jeremy Spencer was the name of the band, which featured ex-Bluesbreaker Mick Fleetwood on drums and Jeremy Spencer on guitar. In 1967, the band played at the Windsor National Jazz and Blues Festival just a month after forming, which led to their signing to Mike Vernon’s Blue Horizon label. John McVie, formerly of the Bluesbreakers, soon joined the band.

Green began contributing more and more as a writer for the band in 1968, and he wrote numerous original pieces. Green’s song ‘Black Magic Woman’ topped the charts, and their studio album, ‘Mr. Wonderful,’ was released. In 1969, more of his hits, such as ‘Albatross,’ ‘Oh Well,’ ‘Man of the World,’ and ‘The Green Manalishi,’ began to chart. ‘Blues Jam in Chicago,’ the band’s next album, was recorded at Chicago’s Chess Records Ter-Mar Studio.

They got a deal with Warner Bros. Records and released ‘Then Play On’ the following year. Because Spencer refused to play on any of Green’s original compositions, the album featured the band’s new guitarist Danny Kirwan. Green’s mental state began to shift in 1970, and his bandmates noticed. He began penning incredibly sorrowful lyrics, such as ‘Man of the World,’ and ingested massive amounts of LSD. Later that year, he quit ‘Fleetwood Mac.’

He performed with John Mayall, Rod Mayall, and Larry Taylor at the Bath Festival of Blues and Progressive Music after leaving his former band. ‘The End of the Game,’ a jam session, was also recorded at the same time. Under the alias ‘Peter Blue,’ he reconnected with Fleetwood Mac for a brief tour of the United States in 1971. He also recorded two songs for the album, ‘Juju,’ but his mental condition was failing at the time.

Green was diagnosed with schizophrenia soon after and had psychotherapy and electroconvulsive therapy for the rest of the 1970s. He was arrested in 1977 after allegedly threatening his accountant with a shotgun.  Green resurfaced on the professional scene in 1979, with the support of his brother Michael, and signed with Peter Vernon-PVK Kell’s label. On Fleetwood Mac’s ‘Tusk,’ he also made an appearance.

In 1981, he contributed to Mick Fleetwood’s album ‘The Visitor,’ particularly the tracks ‘Rattlesnake Shake’ and ‘Super Brains.’ He also recorded sessions with Katmandu, Ray Dorset, Vincent Crane, and Len Surtees, among others. In the late 1990s, he created the ‘Peter Green Splinter Group’ with Nigel Watson and Cozy Powell, and the group issued albums such as ‘Soho Session (1998),’Hot Foot Powder (2000),’Blues Don’t Change (2001),’Reaching the Cold 100 (2003),’ and others.

Green left the band in 2004 and relocated to Sweden, where he later joined ‘The British Blues All Stars’ on one of their tours. However, the tour was canceled, and he began to struggle as a result of his medicine.In 2009, Henry Hadaway created a BBC Four documentary titled “Peter Green: Man of the World.” This time, he created the band ‘P eter Green and Friends,’ and toured Ireland, Germany, England, and Australia with them.

Although Green has been a member of numerous bands during his career, his establishment of ‘Fleetwood Mac’ is considered to be his most notable achievement until his mental health began to decline and he was forced to leave the band.

From 1978 to 1979, Green was married to Jane Samuels. Rosebud Samuels-Greenbaum, the couple’s daughter, was born to them. In the 1970s and 1980s, he struggled with mental illness (schizophrenia), drug addiction, and poverty, which led him to move in with his elder brother Len and his wife Gloria in Great Yarmouth.

At the time of his death, Peter Green was a British musician with a net worth of $10 million dollars. The majority of his net worth comes from his song catalog and future earnings. He was best known as the band Fleetwood Mac’s co-founder, frontman, and guitarist.

Green has admitted in the public that hallucinogenic drugs contributed to his mental disorder.
He used to take 17 pills a day (doctor-prescribed medication).