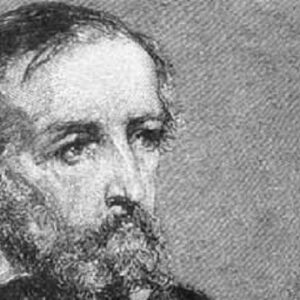 Peter Gustav Lejeune Dirichlet was a German mathematician who made important contributions to the study of numbers. He is credited with starting the field of analytic number theory, and he was one of the first mathematicians to give the modern formal definition of a function. He also made important contributions to the fields of analysis and mechanics, but his main interest was always number theory. His work on number theory led to the creation of a number of theorems and rules, many of which were later given his name. Dirichlet was born with a strong interest in math. Even though he came from a poor family, he got a good education and was able to persuade his parents to send him to the Jesuit Gymnasium in Cologne. There, he met Georg Simon Ohm, a physicist and mathematician, who taught the young man and encouraged his research. But when he decided to go to college, he ran into some problems because there weren’t many chances for him to study higher math in his home country. He went to college in France and then moved back to the United States to start a career. During his long and successful career, not only did he make many important contributions to mathematics, but he also taught many brilliant students who went on to become famous mathematicians in their own right.

Peter Gustav Lejeune Dirichlet was born in Düren, which was part of the French Empire at the time, on February 13, 1805. His parents were Johann Arnold Lejeune Dirichlet and Anna Elisabeth. His father was a postmaster, a businessman, and a member of the city council.

Peter Gustav Lejeune Dirichlet was the youngest of his parents’ seven children and came from a poor family.
He was very interested in math from a very young age. He was so interested in the topic that as a young boy, he used his pocket money to buy books about it.

His parents wanted him to be a merchant when he grew up, but he was so interested in math that they finally gave in and let him study math in college. In 1817, when he was 12, they sent him to the Gymnasium in Bonn.

After three years of school in Bonn, he moved to the Jesuit Gymnasium in Cologne in 1820. Georg Ohm, a mathematician, taught him there. This helped him learn more about math, but he didn’t learn much because he didn’t know how to speak Latin well.

He wanted to learn more, but at the time, there were not many places in Germany where he could study higher math. So, in May 1822, Gustav Lejeune Dirichlet made the choice to go to Paris, France.

He went to school at the Collège de France and the Faculté des sciences de Paris while was in France. At the same time, he began reading Gauss’s “Disquisitiones Arithmeticae” on his own. To make a living, he also started working as a private tutor.

Peter Gustav Lejeune Dirichlet started doing research while he was still in school. His first original work was part of a proof of Fermat’s last theorem. This work made him famous right away as a young mathematician, and in 1825, the French Academy of Sciences asked him to teach there. He was only 20 years old and had no degree at the time.

In November 1825, he made the choice to go back to Germany. But he didn’t have a habilitation, which was needed to teach at a German university. Also, he didn’t know Latin, which was another problem.

In February 1827, the University of Cologne gave him an honorary doctorate, and the Minister of Education waived the requirement that he defend himself in Latin for the Habilitation. So, he got his habilitation without much trouble and taught at Breslau in 1827 and 1828.

Dirichlet joined the Prussian Academy of Sciences in 1832. At 27 years old, he was the youngest member at the time.
Even though he had a very busy schedule, he always found time to do research. Number theory was his favorite area of study.

He did a lot of research in this area and came up with a number of theories and rules. Dirichlet’s approximation theorem, Dirichlet kernel, Latent Dirichlet allocation, and the Dirichlet principle are all names for ideas that he worked on.

Gauss died in 1855, and Dirichlet was asked to take over his job at the University of Gottingen. He moved to Gottingen after taking the job offer. This new job gave him more time to do research, which Dirichlet liked doing.

In 1855, Dirichlet was given a medal from the Pour le Mérite order for being a good citizen.

In 1832, he got married to Rebecka Mendelssohn, who was the daughter of a well-known Jewish banker. There were two kids in the family.

In the summer of 1858, he had a heart attack. Even though he lived through the attack, his health got worse afterward, and on May 5, 1859, he died.