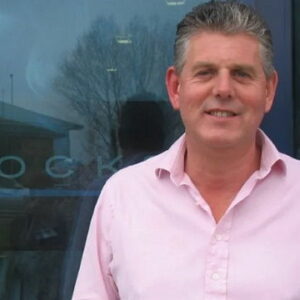 Philip Day is a well-known British entrepreneur who has made Edinburgh Woollen Mill Group one of the most successful fashion companies in the United Kingdom and one of the greatest employers on the high street. The group today employs over 23,000 individuals in the United Kingdom. Born into a working-class family in Greater Manchester, he grew up on a council estate where he witnessed how tough it was for his parents and the parents of his friends to obtain employment — an experience that would influence his future career and business decisions. The capacity of business to create jobs and better people’s lives drew him to it. Although little is known about his youth, it is believed he worked several part-time jobs while in school and delivered newspapers as a young boy in an effort to provide a better life for himself and his family. Beginning at the bottom of the retail ladder, he rose to become the Managing Director of global fashion company Aquascutum, establishing himself as someone with an intuitive capacity to comprehend the demands of shoppers and a passion for supply chains. Recognized for his perseverance, determination, and optimistic outlook, he found the funds to purchase high-street apparel brand Edinburgh Woollen Mill in 2002, shocking many at the time, and successfully turned the company around through investment and the creation of more locations. Philip has developed a reputation as an adept at purchasing failing high-street stores, investing extensively in them, and creating new jobs. In 2012, he risked £200 million of his own money to acquire fashion retailer Peacocks, preserving 6,000 jobs; within five years, the chain employed more than 12,000 individuals. Philip also reportedly owns Jane Norman, Austin Reed, Jaeger, Ponden Home, and ProQuip, and is on the hunt for additional brands. Philip has also defied business norms by opening a new department store chain in the United Kingdom, which he hopes to grow in the future years. He supports a number of cancer charities, including Cancer Research UK and The Percy Hedley Foundation, although he maintains a low profile. Additionally, he has financially sponsored Carlisle United F.C. for more than a decade and has stated in the past that sport plays a crucial role in community life. Edinburgh Woollen Mill is also the team’s primary shirt sponsor. In the past decade, he has planted more than 500,000 trees, performed research on the preservation and restoration of endangered and extinct species through his wildlife refuge, and constructed one of the largest renewable energy Anaerobic Digesters in the world in Penrith, United Kingdom.

Philip Day’s birth occurred in October 1965. Greater Manchester’s social housing council estate was his childhood home.
Although little is known about his past, it is evident that he had a very modest upbringing.

The fact that his parents and the parents of his acquaintances struggled to find employment first motivated him to enter the business world. He viewed business as a means to create opportunities and jobs for others.
As a teen, Philip held a variety of part-time jobs while attending school, including managing a newsagent’s and delivering newspapers multiple times per day.

His academic grades faltered due to his desire to work, and he turned down a seat at university to seek a career in business instead.

Philip worked for British textile companies Coats Viyella and Wensum before being headhunted at the age of 28 to join renowned British tailors Aquascutum.
He remained at Aquascutum for five years before achieving the position of co-managing director.

A year later, he stunned the fashion industry by purchasing Rutland with the assistance of HBOS for £69 million. At the time, he saw a great deal of potential in the brand, which had failed on the high street due to a lack of strategy and insufficient investment. Becoming renowned for his hands-on approach and retail visits, he instantly shifted his attention to the business’s turnaround.

Philip recognized the need to invest in the Edinburgh Woolen Mill retail locations and in staff training. After turning the company around and returning it to profitability within a few years, he pursued growth through fresh acquisitions.

In 2009, EWM acquired the Scottish golfing brand ProQuip for £750,000 and, a year later, returned the company to profitability with a turnover between £2 million to £2.5 million.

In 2011, Philip saved another company, the women’s apparel chain Jane Norman. The press at the time referred to the acquisition as a “surprise” bid, with the deal purportedly safeguarding 400 jobs.

Philip risked £200 million of his own funds in 2012 to acquire the fashion retail brand Peacocks and preserve 6,000 jobs. He invested substantially in the company, and within five years of his ownership, Peacocks employed almost 12,000 individuals. EWM Group stated that it would invest in the brand and open 200 stores by the beginning of 2018.

In 2016, the iconic men’s tailoring company Austin Reed went bankrupt. Philip stated that he wanted to invest more than £100 million in the brand and open 50 additional locations by 2019, including a new flagship store in Central London, after acquiring the company.

In 2017, EWM also bought Jaeger from private equity firm Better Capital, after the company had “difficulty” and went bankrupt. It was part of EWM’s intention to launch a new department store chain, according to Day.

In May 2017 in Carmarthen, the county town of Carmarthenshire in Wales, Philip Day launched the first location of his new department store chain, Days, in a former British Home Stores building.
EWM intends to invest in an additional 50 opportunities over the next few years.

Philip has established a reputation as an individual who is fighting the trend of high-street closures and distinguishing himself and his firm by investing in local businesses and communities while others follow an online-only strategy.
The EWM Group currently employs over 23,000 individuals across its stores and brands.

Philip has transformed Edinburgh Woollen Mill into one of the most successful fashion companies on the high street by investing in the business and acquiring and reviving other brands, including Jaeger, Jane Norman, Peacocks, and Austin Reed.

Days, the first department store in the UK, has reversed the trend of companies abandoning the high street by combining all of these brands under one roof.

In 2017, he was included on the Drapers list of the world’s most influential fashion figures. He was ranked 37th on the list.

Philip is wed to Debra Day, and they reside in Dubai, United Arab Emirates. Philip and Debra are the parents of three children.

He has served as a director for several other organizations, including Carlisle F.C., the local football club where he formerly resided. He has financially sponsored Carlisle F.C. for over ten years, and Edinburgh Woollen Mill is the team’s primary shirt sponsor.

Even though he is not a large football fan, he believes that sport plays a vital part in communal life and that a good football team is essential for the city. He has funded local sporting activities that encourage children to participate in sports such as rugby, badminton, athletics, and football for many years.

Philip has donated over £5 million to various cancer organizations over the years, including Cancer Research UK, despite keeping a low profile regarding his philanthropic efforts. Additionally, he supports The Percy Hedley Foundation.

Philip cares deeply about the environment and has planted over 500,000 trees in the past decade. Additionally, he owns The Scottish Deer Centre, which performs research about the preservation and reintroduction of endangered species.

When a groundskeeper cut down 41 trees on Philip’s property without his permission, he was fined. This led to a fine of almost £1 million. Later, the Property Law Bulletin stated that there was “little doubt that the fine was disproportionate to the harm suffered.”

Philip is extremely enthusiastic about renewable energy, and he constructed one of the largest Anaerobic Digesters in Penrith. The Greengill AD Plant generates electricity from wheat, maize, and other nearby agricultural products.

The Sunday Times reports that Philip Day is worth £1.05 billion. This is uncommon, as he gained his fortune by rescuing high-street retail businesses.