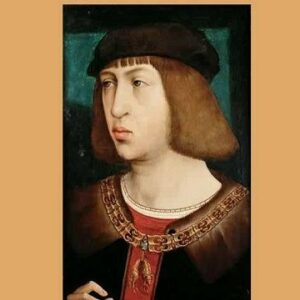 Philip I of Castile
Historical Personalities

More Facts of Philip I of Castile

Philip I was the first King of Castile from the House of Habsburg. He was also known as Philip the Handsome. He was born to Holy Roman Emperor Maximilian I and Mary, the Duchess of Burgundy, who was his first wife. The second one ruled over a lot of the Duchy of Burgundy and the Low Countries. After Mary died, Philip I took over her lands and put them under the care of his father. His father married him to Joanna of Castile, the second daughter of Ferdinand II, the ruler of Aragon, and Isabella I, the ruler of Castile. After Isabella died, Joanna took over as queen. But her mental incapacity and Ferdinand II’s attempts to take over the regency of Castile led the nobles to call Philip I to Spain and make him King of Castile by right of inheritance in 1506. But he died after a few months, which made people wonder if Ferdinand had done something to kill him. As long as his father was still alive, he couldn’t take over his father’s power and become Holy Roman Emperor. Later, his son Charles ruled the land that used to be the Duchy of Burgundy, the Holy Roman Empire as Charles V, and Spain as Charles I. Philip I is still seen as the ancestor of all Spanish monarchs who came after him. He is also seen as a key figure in expanding the territories of the House of Habsburg.

Philip, I was born in Bruges, Flanders, Burgundian Netherlands, on July 22, 1478. His parents were the future Holy Roman Emperor Maximilian I and his first wife, Mary, Duchess of Burgundy.

When he was born, his grandfather, Frederick III, was running the empire. He was named after Philip the Good, who was the grandfather of his mother.

Mary, his mother, was the ruler of many parts of the Duchy of Burgundy and the Low Countries. She died when he was only four years old, on March 27, 1482. Because of this, he got all of her possessions and put them under the care of his father. After that, there was a rough time with a lot of fighting, mostly between those who supported Maximilian I and the big towns of Flanders.

From 1482–to 1492, the cities of Flanders rebelled twice against Maximilian I to support their claims for more power, which they had taken from Mary by signing the “Great Privilege” document on February 11, 1477. During this time, Philip I was held prisoner in Bruges for a short time as part of the revolt.

But the revolts didn’t work, and Flemish cities were forced to accept Maximilian I as regent. The “Treaty of Senlis,” which was about the Burgundian succession, was a deal between the two sides. It was signed by King Charles VIII of France and Emperor Maximilian I in May 1493 at Senlis, Oise. Philip, I will become a prince in the next year, it was decided.

By the Treaty of Senlis, Maximilian I gave up his role as regent in 1494, and Philip I, who was 16 at the time, took over the Burgundian lands. But in reality, the power was used by a council of important Burgundian people.

Having a deal with Spain

The policies of King Louis XI of France and the successful use of royal power against the “League of the Public Weal,” an alliance of feudal nobles formed in 1465 to challenge the King’s centralized authority, helped France gain a lot of power.

In order to stop France from becoming more powerful, the Habsburgs and the Trastámara joined together as families. So, on October 20, 1496, in Lier, Belgium, Philip I married Joanna because of Maximilian I. She was King Ferdinand II of Aragon and Queen Isabella I of Castile’s third child and second daughter.

His sister Margaret was also married off to John, Prince of Asturias, the only son of Ferdinand II and Isabella I. At the time, John was the most likely heir to the thrones of Aragon and Castile. His sisters Isabella, who was married to Manuel I of Portugal, and Joanna were second and third in line.

Crown of Castile to Joanna

John, the likely next king of Castile and Aragon, died on October 4, 1497. His wife Margaret gave birth to a stillborn girl on December 8 of that year. In 1498, when she was giving birth to Miguel da Paz, his older sister Isabella died.

Even though the Cortes of Aragon did not recognize Joanna as the likely heir to the crown of Aragon, the Kingdom of Castile did. With the Spanish throne going to his wife, Philip I and his wife Joanna called themselves “Princes of Castile.” King Ferdinand II and Queen Isabella I thought this was disrespectful to their dead son.

But it eventually became a problem that Joanna was thought to be mentally unfit, which could have led to Philip I and his Burgundian group taking over power in Castile. In 1502, the couple and a group of people from Burgundy went to Spain to get fealty from the Cortes of Castile.

Philip I and most of his Burgundian group went back to the Low Countries the next year. He left Joanna, who was pregnant, in Madrid, where she had her fourth child, Ferdinand I, on March 10, 1503. Ferdinand, I later became Holy Roman Emperor and King of Bohemia and Hungary.

Even though Joanna loved her husband very much, the couple was thought to have had a bad marriage due to his infidelity and political instability.

Philip I had tried more than once to take Joanna’s legal birthright of power. He even tried to force her and lock her up. Reports of Joanna acting depressed or neurotic during this time helped spread rumors that she was crazy. Before her mother died in 1504, the couple had already started living apart.
Many historians today believe that Joanna was just clinically depressed, which most people thought made her crazy.

As the King of Castile

On November 26, 1504, Queen Isabella I died. When she did, Joanna took over as Queen of Castile. Even though Ferdinand II was no longer the king of Castile, Isabella I’s will said that he could rule if Joanna wasn’t around or if she didn’t want to rule herself until her heir was 20 years old.

Ferdinand II wanted to stay in charge of Castile forever, but the nobles of Castile didn’t like that idea. They forced him to step down and called Philip I to Spain to make him King.

Philip I and Joanna were on their way to Spain in January 1506 to claim the Castilian inheritance and answer the call of the Castilian nobility. On the way, they ran into a storm that forced them to stop on the shore near Melcombe Regis.

The English had too much luck with Intercursus Malus. It included a trade deal that let English merchants bring cloth into the Low Countries without paying duty. The treaty also had a clause that said rebels like Edmund de la Pole, who had been exiled and was living as Philip I’s guest in the Low Countries, had to be sent back. After Philip I gave Edmund to them, he and his wife were free to go.

Philip I and Joanna, along with a group of German mercenaries, arrived in Corunna on April 28, 1506. Philip I and Ferdinand II tried to settle things at Remesal and Renedo with the help of Cardinal Cisneros. But this only led to bad fights in the family, with Ferdinand II promising to protect his daughter’s interests and accusing Philip I of locking her up.

Then, on June 27, 1506, Ferdinand II and Philip I signed the Treaty of Villafáfila. Under this agreement, Ferdinand II gave all of his power to Philip I and moved to Aragon, while Philip I was named King of Castile by the Cortes of Valladolid.

Philip, I died of typhoid fever in Burgos on September 25, 1506. Many people thought that Ferdinand II killed him with poison because he died so quickly. Catherine, who would be their sixth child, was in Joanna’s womb at the time.
He is buried at the Royal Chapel of Granada, which is also the final resting place of Joanna, Ferdinand II, and Isabella I.

Kids Who Are With Joanna