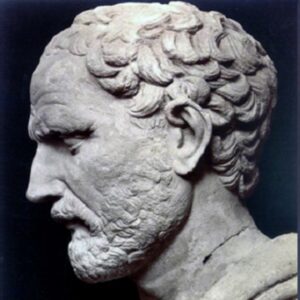 From 359 until 336 B.C., Philip II of Macedon ruled the ancient Greek country of Macedon. He is frequently recalled as the father of Alexander the Great, who succeeded him after being assassinated in 336 B.C. Philip II was a capable monarch and a top-notch military leader. Philip was transported to Thebes while he was young and held prisoner there. Epaminondas taught Philip military and diplomatic tactics even while he was in captivity. The Macedonian economy was in trouble, and the country was in danger of disintegrating when he took the throne. Despite the challenges the new king was under, he used his diplomatic abilities to overcome his foes and hurdles. The Greek cities of Potidaea, Pydna, and Methone were assaulted by Philip and taken prisoner. By 352 B.C., he had routed many of his foes in northern Greece, but he was unable to seize Thermopylae Pass because it was defended by Greek forces made up of Achaeans, Spartans, and Athenians. In the year 336 B.C., Philip was murdered in the old capital of the Macedonian monarchy. Since there are so many theories about his killing, it is difficult to understand the motives behind his death.

In 382 B.C., King Amyntas III and his wife Eurydice I welcomed a son named Philip II. He had two older brothers, Alexander II and Perdiccas III, and was their youngest child.

Philip was held captive in Thebes after his brother Alexander II ascended to the throne. Epaminondas, a renowned general of his time, taught Philip various military tactics while he was held captive.

In 359 B.C., Philip ascended to the throne following the deaths of his older brothers, King Alexander II and King Perdiccas III. At first, Philip served as Amyntas IV’s regent for his brother Perdiccas, but later on, he was successful in seizing control of the empire for himself.

King Philip had to deal with the defeat of the Illyrians after his brother King Perdiccas passed away because they had not only killed his brother but also made his nation’s military and economic circumstances worse.
Philip and his army invaded Paeonia and later Illyria in 358 B.C., taking back some of Macedon’s exiled lands. Powerful Greek weapons were outclassed by the sarissa, a pike used by Philip’s army.

Philip married princess Audra, who was the great-granddaughter of the Illyrian king, in order to improve his ties with the Illyrian people. He took control of Amphipolis in 357 B.C. After then, he enjoyed victory in the area for more than 20 years.

Philip conquered the northern Greek cities of Potidaea and Pydna in 356 B.C. He participated in the Third Sacred War that same year. At the Battle of Crocus Field in 352 B.C., Philip also assisted the Macedonian army and Thessalian League in destroying the Phocians and their commander.

In 356 B.C., he conquered Crenides and gave it the new name of “Philippi.” He was in charge of the local gold-producing mines, and he eventually exploited the gold for his military efforts.

In 354 and 348 BC, respectively, Philip was in charge of engagements in Methone and Olynthus on the Chalcidice peninsula. He suffered severe injuries throughout these conflicts, leaving him with disfiguring scars on his face and body, including a lost eye, a fractured shoulder, and a paralyzed limb.

With most of the Greek cities in his control, Philip threatened the Spartans with dire consequences if they refused to submit to him. However, the Spartans persisted in testing him, so Philip made the decision to leave Sparta alone.
When Philip conducted a campaign against the Ardiaioi in 345 B.C., he was hurt and received a wound on his right leg.

In 342 B.C., he led a military campaign against the Scythians, seized Eumolpia, a Thracian village, and renamed it Philippopolis in honor of himself.
Philip oversaw two sieges in 340 B.C. The siege of Perinthus was one of them, and Byzantium was the target of the other. However, both of his sieges were unsuccessful, which diminished his ability to exert power in Greece.

He regained control in 338 B.C. by winning the Battle of Chaeronea against an alliance of Thebans and Athenians. Additionally, he demolished the little Greek village of Amfissa, driving out a sizable portion of its populace.

Macedon was in danger of disintegrating when Philip succeeded to the throne after his brother’s passing. It was a weak, primitive nation with an uncoordinated, ineffectual army. Philip was responsible for organizing the armed troops and used his military prowess to establish control over the surrounding areas of Macedon and most of Greece.

Philip founded the League of Corinth, a federation with members who agreed never to go to war with one another, in 337 B.C. Philip was thereafter chosen to command the army in the assault on the Persian Empire. During this expedition in 336 B.C., Philip was slain, and his son Alexander took over as ruler.

In addition to his military prowess, Philip II of Macedon established a number of relationships with other strong countries through his numerous marriages. The Illyrian princess Audata, who served as his first wife, assisted him in forging an alliance with the Illyrians.

The princess of the Macedonian canton of Elimeia, Phila was his second spouse. The princess Olympias of Epirus, who gave birth to his successor, Alexander, was his most illustrious spouse.
Philip also wed Cleopatra, the Hippostratus daughter, gave her the new name Cleopatra Eurydice of Macedon, and they had two kids together.

In the spring of 336 B.C., the year he started his invasion of Persia, Philip II of Macedon was killed. Philip was assassinated by Pausanias of Orestis, one of his bodyguards, when Cleopatra of Macedon and Alexander I of Epirus were celebrating their marriage.

Pausanias tried to flee after using a dagger to assassinate Philip, but he was apprehended by the bodyguards and executed as a result. After ascending to his father’s throne, Alexander the Great invaded the Achaemenid Empire.

The Philip cult statue was built at the Vergina heroon in Macedonia, where the Philip family is revered.
The Macedonians honored Philip and gave him various types of acclaim. Zeus Philippeious had an altar constructed for him in Eresos, his statue was placed in the temple dedicated to Artemis, and in 338 B.C., Olympia had a Philippeion memorial built.

A few historical dramas, such as “Alexander the Great” and “Alexander,” have Philip played by Hollywood. Additionally, Alexander and Philip can be found in the video games “Rome: Total War: Alexander” and “Hegemony: Philip of Macedon.”

The successful Greek handball team Filippos Veria features Philip’s name in their symbol. The “Philip II Arena” is a sports facility in Skopje.

In 356 B.C., Philip’s horse won a competition at the Olympics. A silver coin was also given to him to honor his achievement.

In a letter to the Spartans, the king had warned them of a variety of things he would do if he were to defeat them in battle. With only the word “if,” the Spartans mockingly responded to Philip’s threats.