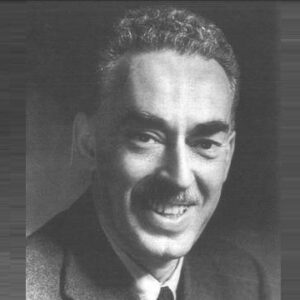 Italian economist Piero Sraffa is thought to have started the neo-Ricardian school of economics. He was born into a powerful and wealthy Jewish family, and he got the best liberal education. He also learned English, German, and French at home at the same time. Later, he went to the University of Turin to study law. There, he got his law doctorate. Then, he became a research scholar at the London School of Economics. John Maynard Keynes took him under his wing because of the papers he wrote about Italy’s financial problems. At the same time, Mussolini was angry about his work on Italy’s banking crisis. Even though he had to go back to Italy for a short time, he did not change, so he had to leave his home country in a very short time. He then moved to England, where Keynes helped him get a job as a lecturer at the University of Cambridge. Here, he started the neo-Ricardian school of economics, which is a different way to look at value and distribution than the marginalist theory. Through his writings, Sraffa was able to have a big impact on how people thought in the 20th century. But he was just as great as a person, and people respected him for that.

Piero Sraffa was born in Turin, Italy, on August 5, 1898. Angelo Sraffa, his father, taught business law and later became the dean of Milan’s Bocconi University. His mother, Irma Sraffa (née Tivoli), was also from a well-known family and had a lot of cultures.

Sraffa grew up in many different places. He went to elementary school in Parma. After that, he was allowed to go to Milan’s Giuseppe Parini Secondary School. Later, he went to the Massimo D’Azeglio School in Turin, where he got very good grades and graduated in 1915.

In 1916, Sraffa went to study law at the University of Turin. Here, Luigi Einaudi, who taught at the same university at the time, had a big impact on him. During 1917 and 1918, however, he had to fight for Italy in World War I.
At the end of 1918, Sraffa was let out of the army, and he went back to Turin to finish his schooling. Even though he had to stop studying for a while, he still did well on his tests.

Under the guidance of Luigi Einaudi, Sraffa started his graduate work on inflation in Italy after World War I in 1919. In the same year, he met Antonio Gramsci and became friends with him. He also joined the staff of his journal, L’Ordine Nuovo.

Even though Sraffa had a liberal education, he soon became interested in Gramsci’s theory of socialism. Their friendship lasted until he died in 1937, and it kept Gramsci going while he was in jail.
In November 1920, Sraffa’s graduation thesis was finally talked about. It was called “Monetary Inflation in Italy During and After the War.” He got his PhD in law from the University of Turin in the same year.

Piero Sraffa went to work for the Socialist administration in Milan after he graduated. But soon after, he moved to England and in 1921 became a research scholar at the London School of Economics.

There, he kept working on problems with Italy’s money. His paper showed how much he knew about the subject. John Maynard Keynes heard about it and asked him to write about the Italian banking crisis for the “Economic Journal” and the “Guardian Supplement.”

The first article came out in the June 1922 issue of the Economic Journal. It was called “The Bank Crisis in Italy.” In a strong-worded article, Sraffa showed with numbers how public money was used to try to save Banca di Sconto, an important Italian bank that went bankrupt the same year.

In December 1922, his second article about the same subject was printed in four languages in the Supplement of the Manchester Guardian. It got Mussolini’s attention, and he asked for it to be taken down right away. But Sraffa told his father that he wouldn’t do that because his articles were based on facts.

So, Mussolini got the Conservative English Government of the time to stop him from going to England. Piero Sraffa went back to Italy in 1923 and got a job as the Director of the Milan Provincial Labor Department.
Later in 1924, he was named Professor of Political Economy at the University of Perugia’s Faculty of Jurisprudence.

He stayed there until January 1926. During this time, he was interested in Marginalism, which was a popular school of thought in Italy at the time.

Now, he started writing a critique of the Marshallian theory of value. In 1925, he wrote a long article called “On the Relationship between Cost and Quantity Produced” in which he talked about his ideas. In it, he criticized the way people often try to make a link between unit cost and the number of things made.

At the beginning of 1926, Sraffa got a job at the University of Cagliari and moved to the island of Sardinia. Here, at Keynes’s request, he brought up the same subject again and wrote an article for the Anglo-Saxon public about it. It came out in the same year in the Economic Journal.

It was a summary of the work he did in 1925. It was called “The Laws of Returns under Competitive Conditions.” Still, it got the attention of the English academic world and got him a lot of praise. He has also been working on translating Keynes’s “Tract on Monetary Reform” into Italian for a while now.

At the same time, he kept criticizing the way Mussolini’s government ran things. He also kept in touch with Antonio Gramsci, who had been arrested for his political work by that time, and gave him the supplies he needed to write his “Prison Notebooks.” Mussolini did not like what was going on.

In 1927, Keynes invited Sraffa to England because he was worried about the way things were going. He also helped him get a job as a professor at the Cambridge Faculty of Economics. Now that the Labor Party was running England, it was easier for Keynes to get rid of the ban.

Sraffa started teaching at the University of Cambridge in the fall of 1928. Here, he joined the group of John Maynard Keynes, Frank P. Ramsey, and Ludwig Wittgenstein called the Cafeteria Group. After that, he became close friends with Wittgenstein, and the two thinkers had a big impact on each other.

He taught mostly about the history of the theory of value and how the German and Italian banking systems worked at the University of Cambridge. But he wasn’t very happy about going to school.

In 1930, he quit being a professor to become the Marshall Librarian. The job gave him more room to look into things. Later, he became the Assistant Director of Research and began to help research students as a mentor.
Here, too, he kept attacking Marshallian theory and wrote a number of important papers about David Ricardo’s work. In 1939, Trinity chose him to be a fellow there.

But he was still very loyal to Italy and stayed a citizen of that country. So, when World War II started the same year, he was seen as a foreign enemy. So, in 1940, Sraffa was put in an internment camp as an enemy. Lucky for him, Keynes saved him again and brought him back to Cambridge.

Sraffa kept working on his ideas about economics. His research took almost thirty years, and in 1960, his book “Production of Commodities by Means of Commodities” came out as a result. Many economists think that the book was the starting point for the neo-Ricardian school of economics.

In 1963, Cambridge made Sraffa a Reader in Economics. During his long time at Cambridge, he was a pillar of strength to many students whom he helped as a teacher. They were impressed by both his smarts and the way he treated people.

For his work in the field of political economy, Sraffa was given the Soderstromska Gold Medal by the Swedish Academy in 1961. The prize was a precursor to the Sveriges Riksbank Prize in Economic Sciences, which was later named after Alfred Nobel and is considered to be the same as the Nobel Prize.
In 1972, the University of Paris gave him an honorary doctorate. In 1976, the University of Madrid did the same.

Sraffa had 8000 volumes of books in his library, and most of them were given to the library at Trinity College.