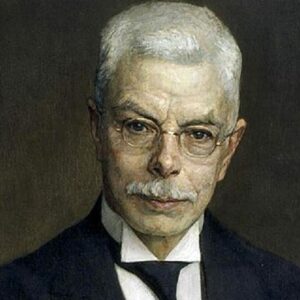 Dutch physicist Pieter Zeeman won the Nobel Prize in Physics for finding the Zeeman Effect. He is one of the most well-known physicists who did research on spectral lines that led to the discovery of the Zeeman Effect. Zeeman grew up in a small village on a Dutch island, but that didn’t stop him from being interested in science from a young age. In fact, when he was still in school, he sent a scientific drawing of the Aurora Borealis to a magazine. Zeeman went to school and taught at the University of Leiden. Later, he became a professor at the University of Amsterdam. He worked with Hendrik Lorentz, who was a well-known scientist at the time, from the time he was a doctoral student until he became a leading physicist. In the late 19th century and early 20th century, Zeeman’s success with the Zeeman Effect made him one of the most famous scientists in Europe and the world. However, it wasn’t until many years after his death that people realized how important his research was, since it was used as a foundation for many other studies in the field.

Pieter Zeeman was born on May 25, 1865, in a small village in Schouwen-Duiveland, Netherlands, to Catharinus Forandinus Zeeman and Wilhelmina Zeeman. Zeeman’s father was a rural clergyman.

Pieter Zeeman attended his local school in Zierikzee and showed a strong interest in science from a young age. He made an illustration of the Aurora Borealis that occurred in 1883, which was published in the British scientific journal ‘Nature’.

After graduating from high school in 1883 at the age of 18, he was sent to Delft to study classical languages, which he had to do because it was a requirement for anyone wishing to attend university.

In 1885, Zeeman entered the University of Leiden after finishing his classical language instruction. He was taught physics by such luminaries as Hendrik Lorentz at the time, and he soon became Lorentz’s assistant at the university.

The Kerr effect was the subject of Pieter Zeeman’s PhD thesis, which he presented at the University of Leiden in 1893. He received his doctorate and spent some time at the Friedrich Kohlrausch Institute in Strasbourg, but he returned to Leiden to become a Privatdozent, or senior research and teaching professor.

Pieter Zeeman’s time as a Privatdozent at the University of Leiden took an unexpected turn in 1896 when his supervisor sacked him for doing research in the laboratory in relation to spectral lines in blatant violation of orders. The study of spectral lines would form the foundation of his scientific career.

Zeeman continued his spectral line study. In 1896, he worked carefully on his research, and his discoveries were recognized by distinguished scientists at the Royal Netherlands Academy of Arts and Sciences the following year.

Hendrik Lorentz, his former University mentor, became interested in the findings, and they quickly became well-known.

Pieter Zeeman was appointed Director of the Institute of Physics in Amsterdam in 1908, succeeding another giant of physics study Van der Waals. For the rest of his career, he worked on advanced research and published papers on gravity and magneto-optics, which dealt with the behavior of light in a moving medium.

Zeeman was also the Secretary of the Royal Academy of Sciences’ Mathematical-Physical Section for eight years, beginning in 1912. Prior to his nomination as secretary, he had been a member of the Academy for 14 years.

Pieter Zeeman was one of the most prominent physicists of his day, and he worked on a variety of concepts during his career; nonetheless, his work on spectral lines, which became known as the ‘Zeeman Effect,’ is without a doubt his most important work. For the discovery, he shared the Nobel Prize in Physics in 1902.

In 1902, he shared the Nobel Prize in Physics with Hendrik Lorentz for his work on the Zeeman Effect.
In 1912, Zeeman received the Matteucci Medal.
Zeeman was awarded the Henry Draper Medal in 1921.

In 1922, Zeeman was given the Rumford Medal by the Royal Society.
In 1925, Zeeman received the Franklin Medal from the Franklin Institute.

In 1895, Pieter Zeeman married Johanna Elisabeth Lebret. A son and three daughters were born to the couple.
Pieter Zeeman died on October 9, 1943, in Amsterdam, at the age of 78.