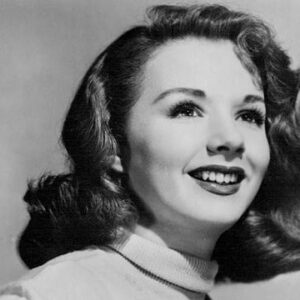 Shifted to stage and television work she went on to appear in productions of ‘Twelfth Night’ and ‘Winterset.’
Simultaneously, she continued to act on television, most notably in the miniseries ‘The Thorn Birds,’ where she portrayed Anne Mueller.
With the successes ‘Hustler’ and ‘Carrie,’ she returned to the big screen.
Aside from her appearance in ‘Hustler,’ she is most known for her portrayal as Catherine Martell in David Lynch’s ‘Twin Peaks,’ for which she won a Golden Globe.
She is still acting today, having recently been in the remake of ‘Twin Peaks,’ as well as the films ‘Hesher’ and ‘White Boy Rick.’

Piper Laurie, aka Rosetta Jacobs, was born in Detroit, Michigan on January 22, 1932 to Charlotte Sadie and Alfred Jacobs. Her father was of Russian-Polish ethnicity and worked as a furniture salesman. In 1938, the family relocated to Los Angeles.
She studied Hebrew at the Hebrew School of Los Angeles and took elocution workshops to improve her confidence. As a result, she was cast in lesser parts at Universal Studios, which was conveniently located nearby.

Piper Laurie decided to try her hand at acting in 1949 and got a contract with Universal Studios. Her screen name was changed from Rosetta Jacobs to Piper Laurie. In 1950, she made her cinematic debut in the picture ‘Louisa.’ In the same year, she also appeared in ‘The Milkman.’
She featured in a number of additional films between 1951 and 1955, including ‘The Prince Who Was a Thief,’ ‘No Room for the Groom,’ ‘The Golden Blade,’ ‘Dangerous Mission,’ and ‘Smoke Signal’ (1955).
Due to a paucity of well-written parts for her, she temporarily shifted to theatre and television. She relocated to New York and began acting in local productions. She appeared in ‘Twelfth Night,’ ‘Days of Wine and Roses,’ and ‘Winterset,’ among other works.
In 1961, Piper returned to the big screen with the film ‘Hustler,’ which was a box office success and won her an Academy Award nomination. Laurie, despite this, did not acquire many jobs, and her production slowed once again.
In 1976, she was cast as Margaret White in the film ‘Carrie,’ which was a box office success and earned her an Academy Award and a Golden Globe nomination. Her career continued with films like ‘Ruby’ (1977), ‘Rainbow’ (1978), and ‘Tim’ (1979).
In the 1980s, she started acting in television shows. She starred in the drama series ‘Skag’ for six episodes before going on to star in the miniseries ‘The Thorn Birds’ in 1983. She received Golden Globe and Emmy nods for her performance. Her performance on the television drama ‘St. Elsewhere’ was also well-received.
Piper starred in the TV series ‘Murder, She Wrote,’ ‘Hotel,’ and ‘Twilight Zone’ in 1985. She then appeared in ‘Matlock’ (1986) and ‘Beauty and the Beast’ (1987). (1989).
She appeared in two big films in 1986. Her depiction of Annie Gilbert in ‘Promise’ garnered her an Emmy and a Golden Globe nod, while her turn as Mrs. Norman in ‘Children of a Lesser God’ earned her another Academy Award nomination.
In 1990, she debuted as Catherine Martell/Mr. Tojamura in the critically acclaimed television series ‘Twin Peaks.’ The program was a cult sensation, earning her a Golden Globe nomination as well as a slew of other prestigious accolades. Her other television appearances in the 1990s include ‘Frasier,’ ‘E.R.,’ and ‘Diagnosis Murder.’

In the 1950s, Piper Laurie had a short relationship with her ‘Louisa’ co-star and former US president Ronald Reagan. On January 21, 1962, she married Joe Morgenstern, an entertainment writer. Anne Grace Morgenstern, their daughter, was born to them. In 1982, the couple divorced.
Tucson University awarded her an honorary doctorate in Fine Arts in 1996. Harvard University also honored her “Woman of the Year” in 1962.