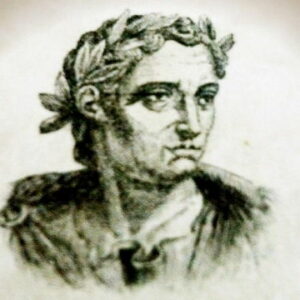 More Facts of Pliny the Younger

A significant source for Roman history is the collection of hundreds of letters that the ancient Roman author, lawyer, and magistrate Pliny the Younger left behind. He was the famed author and natural philosopher Pliny the Elder’s nephew. Pliny the Younger was nurtured by his wise and well-known uncle Pliny the Elder who definitely had a significant influence on the young man because he lost his father at a young age. Gaius Caecilius or Gaius Caecilius Cilo was Pliny the Younger’s birth name. His uncle later adopted him and handed him his estate when he passed away. He started his career at the age of 18 and became quite active in the Roman court system. He came from a wealthy aristocratic family. He became a very successful lawyer and was respected for his integrity and diligence. He also became passionate about writing at a young age and, at the age of 14, produced a Greek tragedy. Over the years, he authored poetry and a collection of personal letters that eventually served as a crucial source for the study of Roman history. He was a renowned orator as well, noted for his brilliant speeches, but many of them have been lost to time.

Pliny was schooled and mentored as a young boy by Lucius Verginius Rufus, who achieved fame by putting down a rebellion against Nero in 68 AD. As he grew older, Pliny grew to have a great deal of admiration for his famous author uncle Pliny the Elder, a close friend of Vespasian.

He relocated to Rome for additional schooling after finishing his early education. There, he studied rhetoric under Niceties Sacerdos of Smyrna and Quintilian, a famous instructor and author. He had a penchant for writing early on and, at the age of 14, wrote a Greek tragedy.

He also had a stronger bond with Pliny the Elder, his uncle, at this time. Unfortunately, while attempting to save other victims, his dear uncle perished in the Vesuvius explosion. Gaius Caecilius had been adopted by his uncle, according to the testament that described how he left his wealth to him. Gaius Caecilius Cilo afterward went by the name Gaius Plinius Caecilius Secundus and later gained notoriety as Pliny the Younger.

Practice At the age of 18, Pliny the Younger started his legal career. He quickly established a solid reputation in the civil law courts due to his intelligence and understanding. In the Roman centumviral court, he was an expert in inheritance cases.

He rose to notoriety as a prosecutor and defense attorney during the trials of several provincial governors, including Marius Priscus, the governor of Africa, and Baebius Massa, the governor of Baetica.
He joined the senate in the late 80s and was appointed a Quaestor to the Emperor’s staff in 88 or 89 AD (quaestor imperatoris)

He penned countless letters chronicling both public and private life in the Roman Empire since he had an instinctive passion for writing. Between 100 and 109 AD, he wrote a number of books of private letters that spanned the period from the early years of 100 AD to the death of Emperor Domitian (October 97 AD).

Each letter he wrote was meticulously written, and it covered topics related to contemporary political, literary, social, and domestic developments in the Roman Empire. His letters are regarded as “letters penned with exceptional care,” or “litterae curiosius scripture.”

Around 110 AD, he was chosen to serve as the legatus Augusti, or imperial governor, of the province of Bithynia et Pontus in northwestern Asia Minor. He earned a great deal of respect for being an ethical, knowledgeable, and reliable worker during his whole career.

The biggest body of Pliny the Younger’s writings to have survived is the “Epistulae,” for which he is well known. The letters in “Epistulae” provide a singular account of both Rome’s private and public life in the first century.

The letters from Pliny that discuss Mount Vesuvius’ eruption in August 79 AD are the most well-known of these. Because they accurately describe the volcano’s explosion, these letters have a tremendous deal of historical significance.

When Pliny the Younger was about 18 years old, he got married for the first time. When Pliny was 37 years old, his wife—a stepdaughter of Veccius Proculus—passed away.

His second marriage was to Pompeia Celerina’s daughter. Calpurnia, the granddaughter of Corum’s Calpurnius Fabatus and daughter of Calpurnius, was the subject of his third and last marriage. His letters make it clear that he had a strong bond with Calpurnia.

Since no events mentioned in Pliny’s letters take place after 112-113 AD, it is believed that he passed away in Bithynia-Pontusis at about that time.